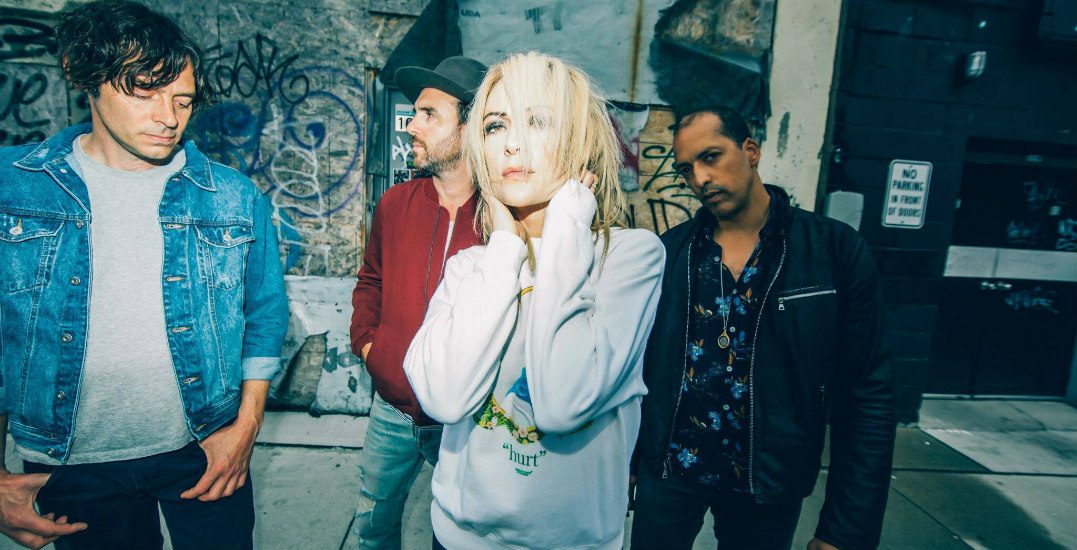 Creating songs that instantly become both wide-reaching radio anthems and incredibly personal creations to their fans, both bands have secured a dedicated fan base embracing their respective sounds.

With the release of their chart-topping new single Dark Saturday, Metric broke the record for the artist with both the most number one singles and the most weeks spent at #1 on Canadian alternative radio. Selling out their last national tour, July Talk’s debut album and singles have all been certified Gold. This is a collaborative performance that alternative rock fans will not want to miss.

The tour is partnering with Plus1 for all Canadian tour dates, with a dollar from each ticket sold going to Quebec-based organization Equiterre, who are helping build a social movement by encouraging individuals, organizations and governments to make ecological and equitable choices, in a spirit of solidarity.

However, if you’d like the chance to win two tickets to see Metric with July Talk in their Art of Doubt Tour in Vancouver next April, simply enter the contest below.

To enter for your chance to win two tickets to see Metric with July Talk live at Pacific Coliseum in Vancouver on April 18, 2019, do at least one of the following:

Contest entries will be accepted from the time and date of publishing until 11:59 pm on December 31, 2018. One winner will be chosen at random and contacted through the platform they used to enter.

Metric with July Talk – Art of Doubt Tour in Vancouver