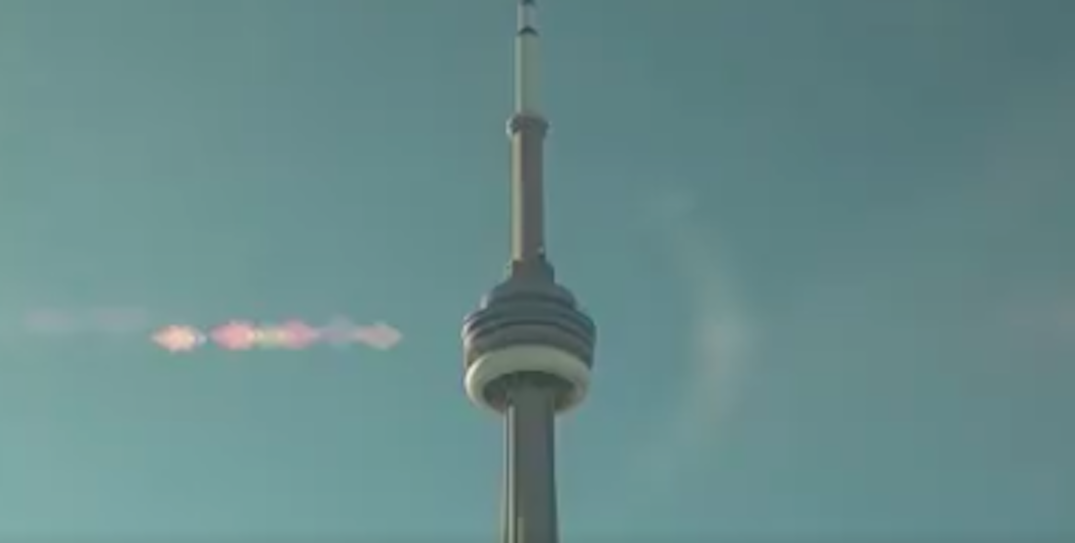 A daytime disintegrating meteor was heard and seen going over southern Ontario, causing a boom and flash of light.

According to the American Meteor Society, there have been 167 witness reports of the meteor from Virginia, Pennsylvania, New York, Southern Ontario, and Michigan.

Footage of the incident captured in Toronto showed a bright white flash in the sky above the city. The incident took place on Wednesday.

A massive #fireball lit up the sky over parts of the United States and Canada earlier today. Check out this footage that was caught from our #EarthCam‘s in Toronto. Could it be a meteor?? 👀☄️ @TourCNTower pic.twitter.com/Qxdz168p0I

According to the society’s website, a report from Welland, Ontario, described a long, bright green train. Another from Wardsville said the colours were red, brown, orange, and yellow.

A witness in New York said, “it was surreal wasn’t sure what I was seeing.”

The American Meteor Society characterizes a fireball as a term for “a very bright meteor” that has a magnitude brighter than -4, which is about the same magnitude of the planet Venus as seen in the morning or evening sky.

“Only true fireballs have the ability to survive all the way down to the Earth’s surface,” the International Meteor Organization says. “If the object you witnessed is brighter than any object in the sky except for the sun and the moon, then it is a fireball.”

While not everyone was lucky enough to see the spectacle, for some, the skies flashed for a brief, rare moment.