The project has run into a little funding problem as the original developer has decided to pull out of the project. So the City of New Westminster decided to fund the near $100 million project on themselves. This issue was the 130, 000 square feet of office space. The developers probably didn’t see the demand for it at the moment. Regardless, the project is now a go and it’s one great looking addition to downtown New Westminster.

The project offers an abundance of amenities to its occupants, including many nearby restaurants and coffee shops. A new shopping mall is under construction around the SkyTrain station, and the office building in located on top of a new conference and civic centre.

Merchant Square will offer 130,000 square feet of first class office space in a highly efficient layout with floor plans ranging from 16,000 to 19,000 square feet. The project will be designed to meet LEED Gold standards for energy efficient and environmentally sustainable design.

Construction of Merchant Square has now commenced and the building will be completed by the end of 2013. 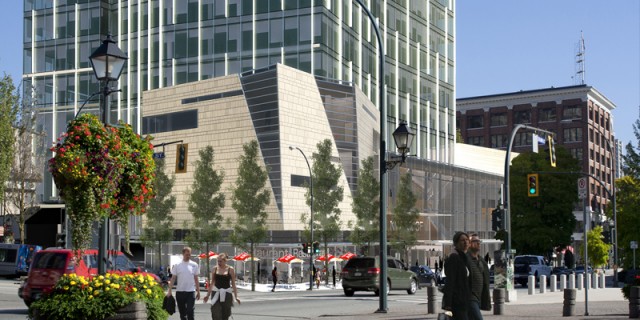 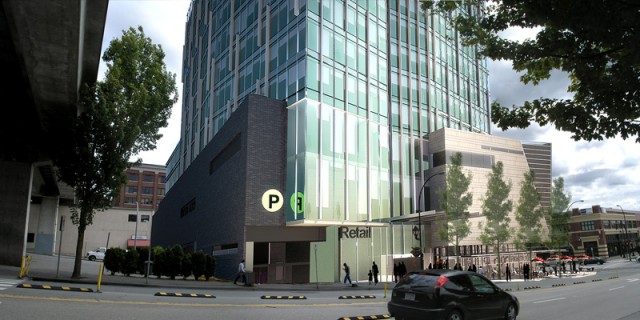 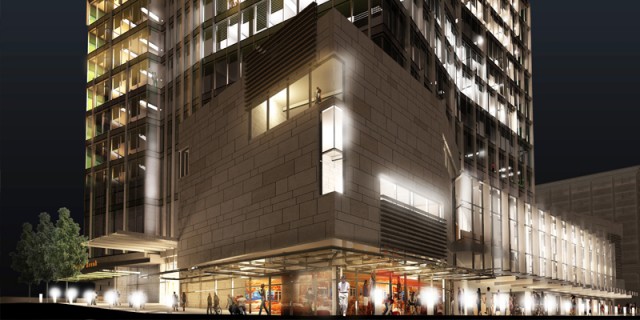