The Mercer 2015 Cost of Living survey has placed Vancouver way down the list at number 119, rubbing shoulders with Kuwait City and Cairo, Egypt.

The survey is meant to provide a guideline for international workforce compensation, but many are simply curious to see where their buck goes the farthest. The cost of over 200 goods and services in 360 cities are analyzed, using New York as the base city and the U.S. Dollar as the base currency.

And while you may think your two bedroom, unfurnished apartment rent is insanely high, it’s nothing compared to oil-rich Luanda, Angola, where you would pay $6,800 per month compared to an average $1,837 US in Vancouver.

Another good piece of news: apparently Vancouver is getting less expensive compared to the rest of the world. In 2014, we placed at number 96 on the list, 23 spots lower. We aren’t quite sure how that happened, but we’ll trust the experts.

But in terms of Canada, Vancouver is still the most expensive city to live. Toronto came in at number 126, Montreal at 140, Calgary at 146 and Ottawa at number 162.

Where might one find the cheapest places to live? The results are a mixed bag, with the least expensive being Bishkek, Kyrgyzstan; Windhoek, Namibia; Karachi, Pakistan; and Tunis, Tunisia. If you’re not keen on moving to the Middle East or Africa, the cheapest North American city is Ottawa.

The 2015 Cost of Living Rankings

The price of goods around the world

Along with the cost of living rankings, Mercer also released a few data sets showing some pretty stark comparisons between Vancouver and other key cities around the world.

We will definitely be taking “see a movie” off our things to do in London, England list. 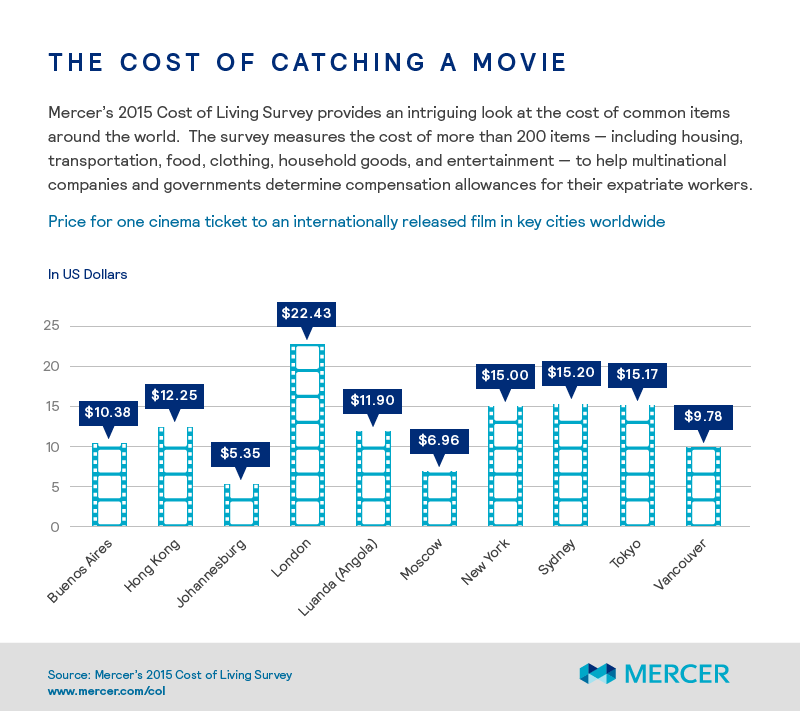 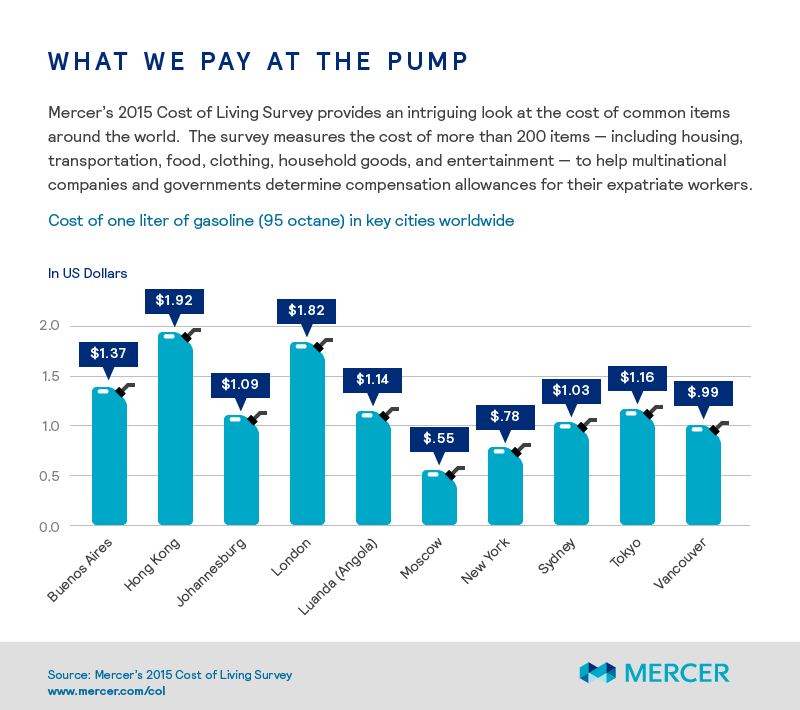 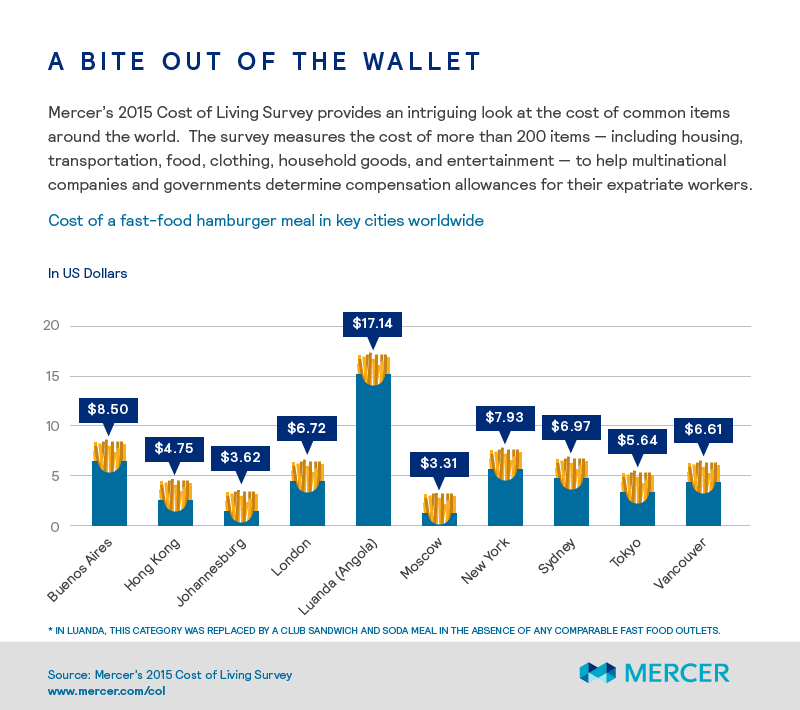 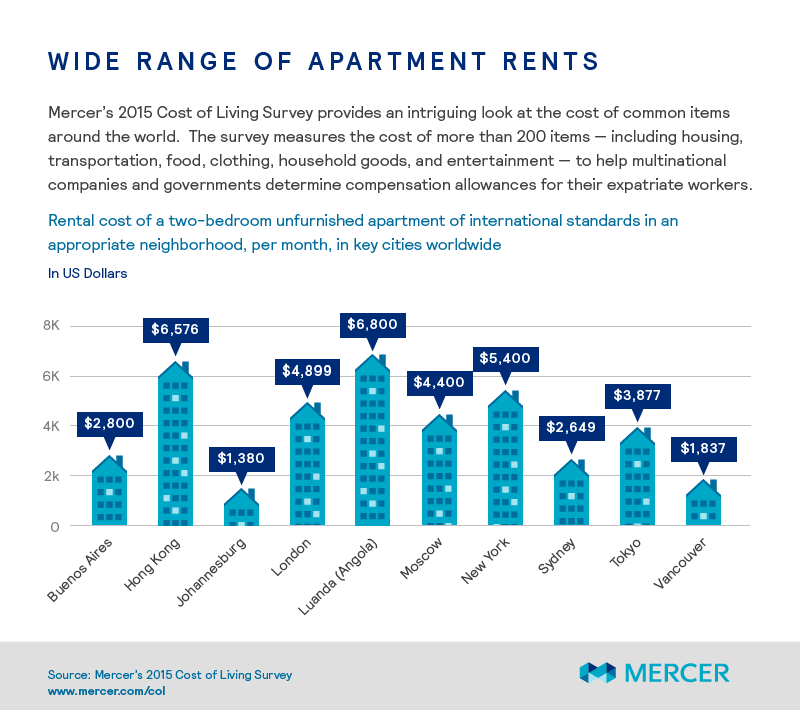