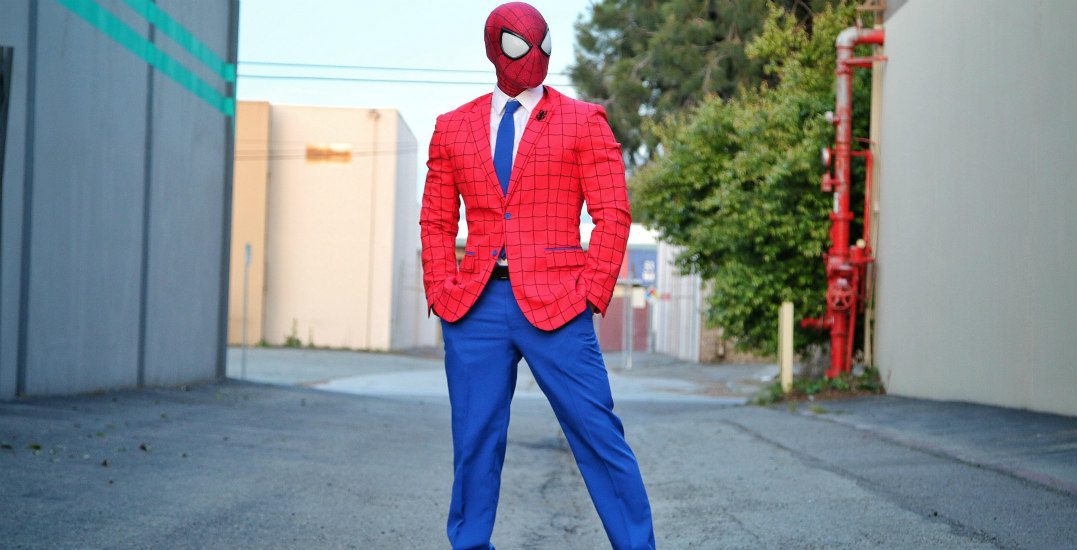 Halloween season is upon us, and that means one thing: Halloween parties, and discount candy in the first week of November.

For as long as Halloween parties have existed, they’ve always showcased the three main types of Halloween costumes: The scary ones (rare, but appreciated), the clever ones (or at least, the ones that think they’re clever — don’t be the guy in a Trump costume this year), and the sexy ones.

And with some notable exceptions — shout out to every guy with the abs to pull off a decent 300 costume a decade ago — the sexy costumes are almost always the domain of women.

What’s a guy to do if he wants to show off his sexy side at a haunted house party, but he doesn’t have the chiseled upper body of a famous dude named Chris (Pine, Pratt, Evans, Hemsworth — take your pick) to show off?

Well, hypothetical dude, you need to do what generations before you have done and suit up — with OppoSuits. 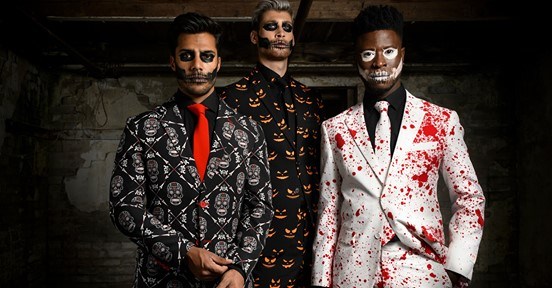 Known for their colourful Christmas suits, OppoSuits’ range of Halloween-friendly suits are fun, functional and something that you might actually wear again. When’s the last time you wore that Jon Snow costume in mixed company? That’s right, King in the North — never. A suit from OppoSuits is sure to have you turning heads this Halloween.

Now you can roll up to your Halloween (or non-month-specific costume event, you do you) party of choice looking like a guy who doesn’t take himself too seriously, but still wants to look good. Your suit explains itself, so you can spend your time making friends, making memories, and doing your best to impress the Sexy Pennywise across the room.

Best of all, they come in a three-piece set (with matching pants, jacket, and tie) for $129.99 or less. No additional accessories you have to fight for at the party store, and no flimsy dracula cape ripping in half on the SkyTrain and leaving you looking like a half-ula for the rest of the night. 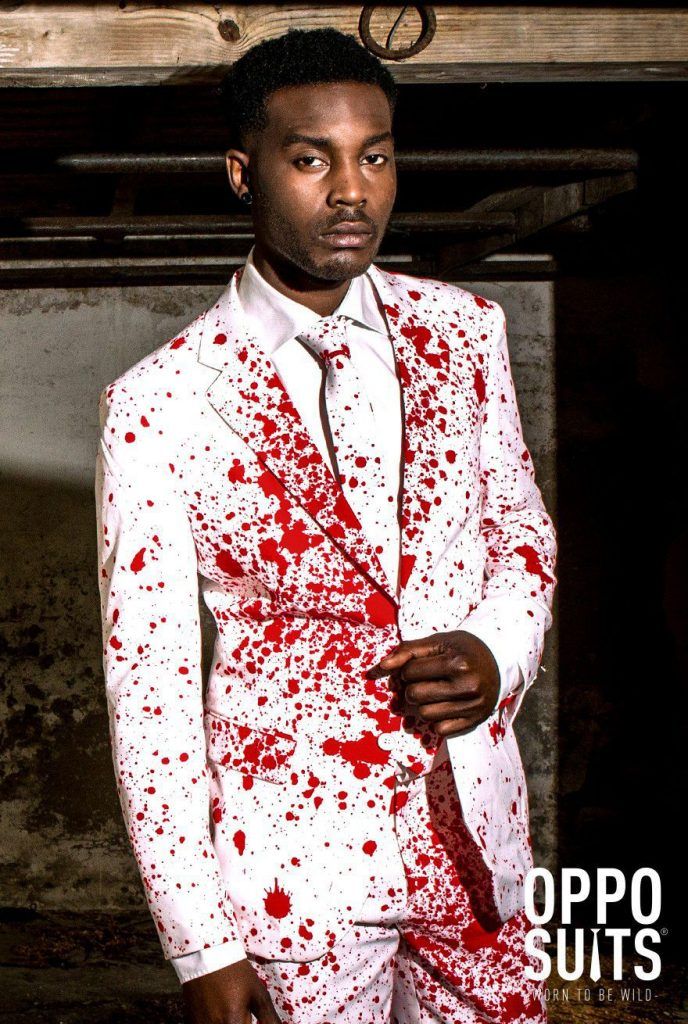 When your outfit says “Dexter,” but your vibe says “text her,” accept no substitutes. Also, maybe don’t wear this one around the city. 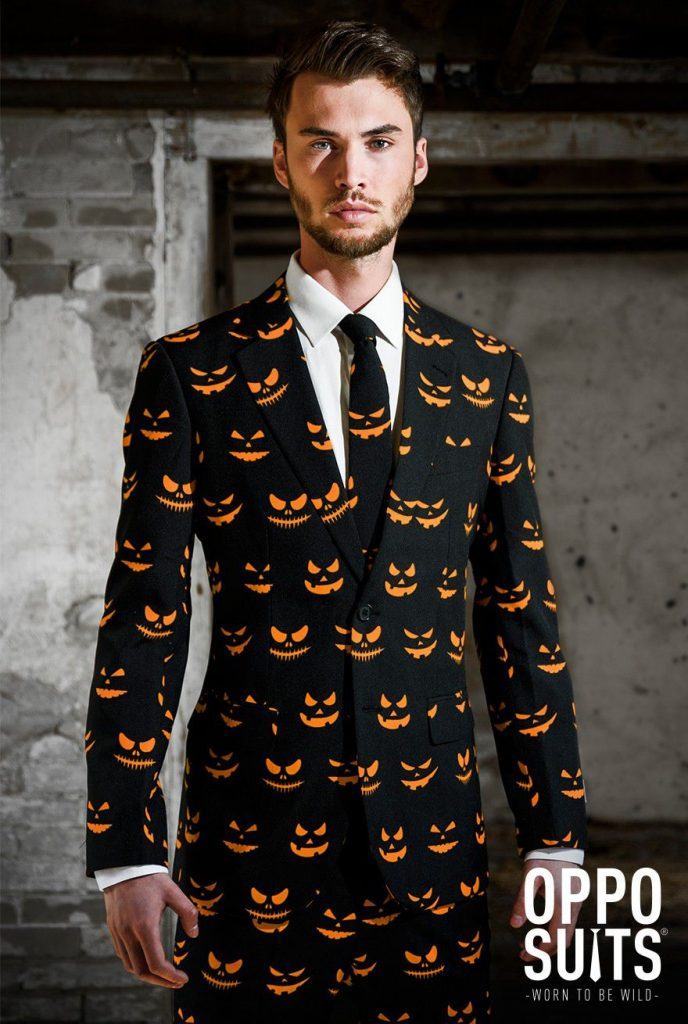 A touch of GQ, a dash of David S. Pumpkins (while avoiding a lawsuit from NBC), and a splash of West Van swag will bring this look together for you. A Jack-o-lantern head is optional but encouraged. 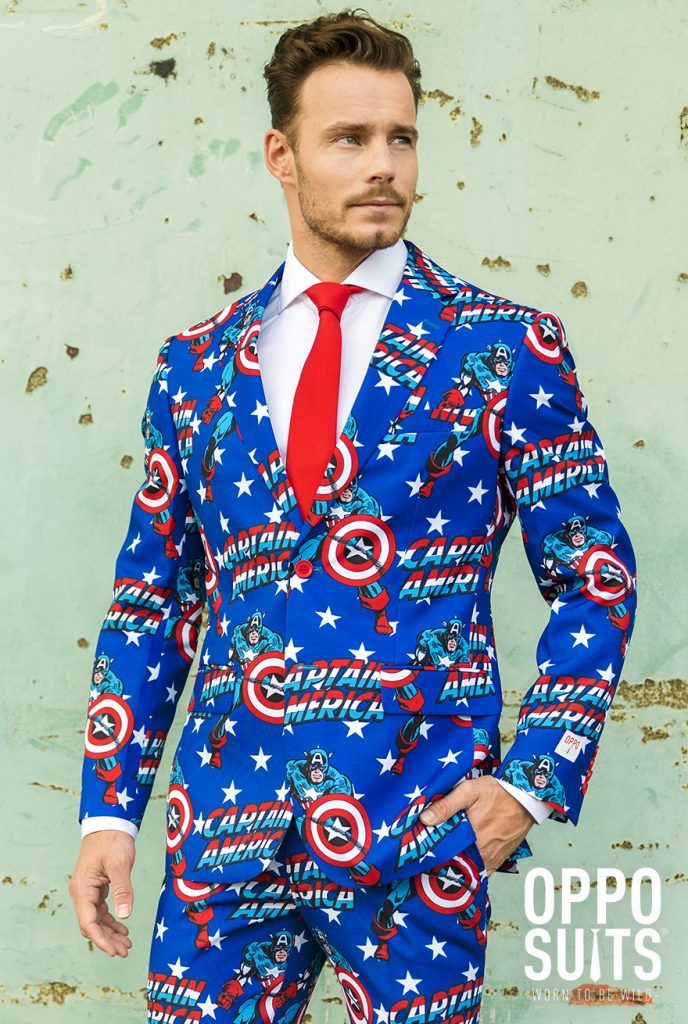 In life, like in love, the key is to be yourself. Unless you can be Captain America; then you should absolutely be Captain America. But if you’re running short on super soldier serum and/or enough abs to start your own Swedish disco-pop supergroup (stop reading until you get that joke), this suit is the next best thing. 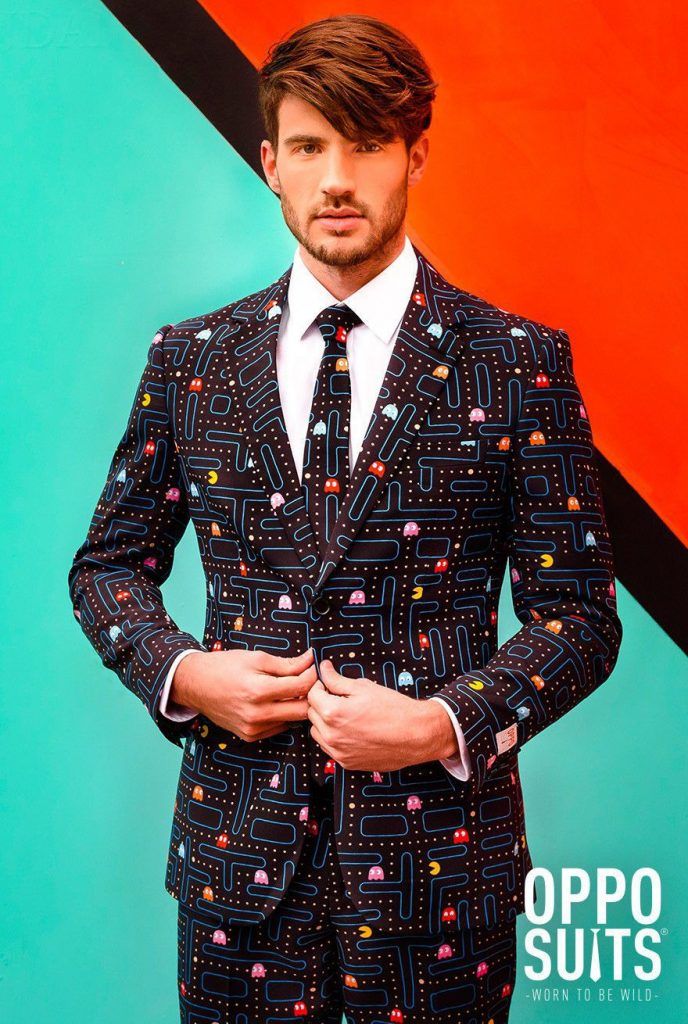 Know your roots, and know how to show off your nerd cred without dragging an innocent stranger into a lecture about the finer points of the latest season of Fortnite. Keep it subtle, funny, and sexy with this Pac-striped suit. (See what we did there? Yeah you did.) 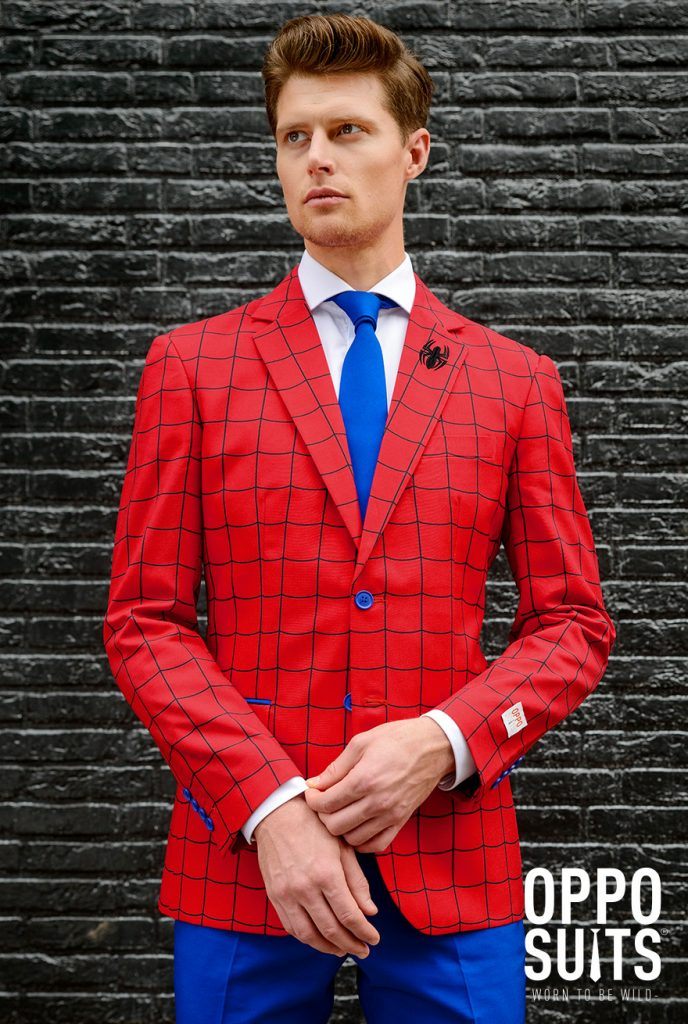 Does whatever a spider can. / OppoSuits

Spider-Man. So hot right now. And the best part of this suit (besides, you know, everything) is that from a distance, it just looks like a stylish, whimsical pants-blazer combo. That’s what we call Spider (fashion) sense!

Keep it sexy this Halloween by shopping the full collection. And remember to share the love on social media by tagging @opposuits and using the hashtags #WornToBeWild and #Opposuits. Stay classy, y’all.