Pop music’s newest It Girl, Meghan Trainor, kicked off her worldwide That Bass Tour at the Vogue Theatre on Wednesday night. Playing to a crowd of 1200 ecstatic little girls (and a handful of slightly embarrassed-looking dads), the double Grammy nominee easily proved she’s no flavour of the month.

Trainor’s ascent to stardom has been a quick one; she released two albums independently a few years back before moving to Nashville to pursue a career in music publishing. After penning songs for country stars Rascal Flatts and Hunter Hayes, Trainor wrote “All About That Bass” hoping that either Adele or Beyonce would record it. When no one bit, Trainor recorded the song herself, landed a record deal and within six months, a star was born.

Even Trainor herself seems a little taken aback by her almost-instant celebrity status. When she introduced album cut “Title” by asking “does anyone know the words to this one?” she seemed genuinely shocked when the Vancouver crowd screamed “YASSSS!!!” in unison. 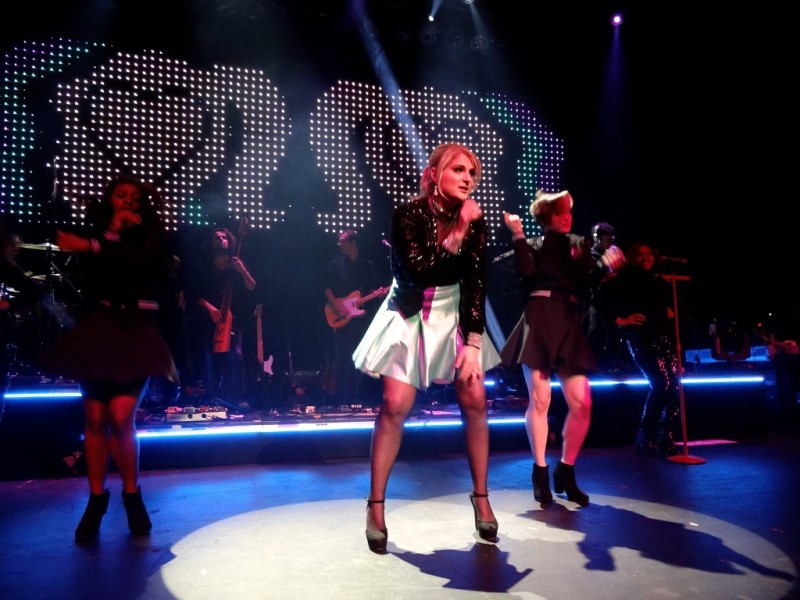 Armed with just a ukulele and a spotlight, Trainor turned “Title” into a cute sing along with her young fans while their dads cringed. It’s kinda off-putting to hear a room full of kids sing lyrics like “you might never get a chance to see me naked in your bed” while their idol nods from the stage approvingly. The cringing continued during “Walkashame,” Trainor’s ode to barhopping and bedhead.

After a quick costume change, Trainor performed a lovely cover of Elvis Presley’s “Can’t Help Falling In Love” (Trainor was born in 1993, the same year that UB40 scored a huge hit with their own version). Next was “Close Your Eyes” followed by “3AM” – sadly not a cover of the awesome Matchbox 20 track, but an okay song that Trainor says she wrote and later emailed to a guy she wanted to break up with.

On the ballads, Trainor’s voice was strong and clear (especially on the heartbreaking “Like I’m Gonna Lose You”) but the fun finally got underway when she launched into dancefloor stomper “Bang Dem Sticks”. Trainor grabbed a pair of drumsticks and playfully banged dem together, wisely leaving the real drumming to her amazing band. 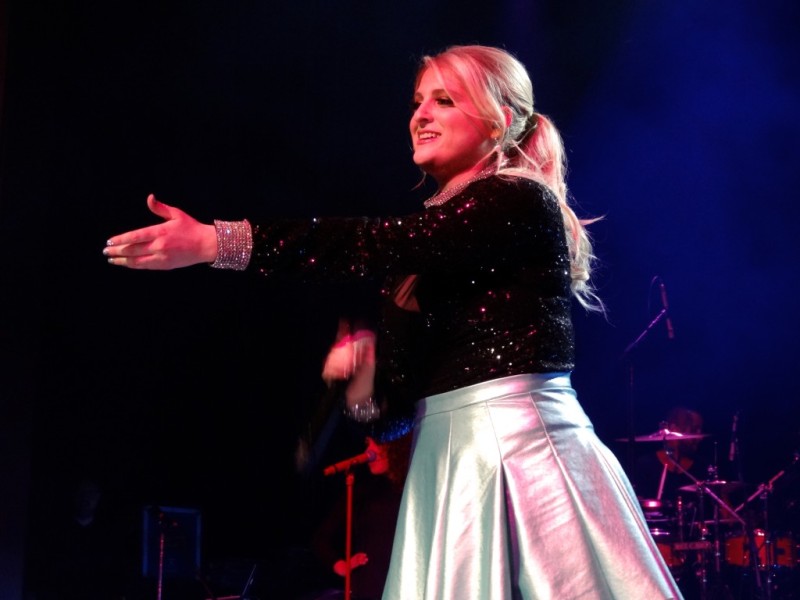 I had a sneak peek at the setlist before she took the stage and almost peed my pants when I saw “Uptown Funk!” made the list but unfortunately, it wasn’t meant to be. For that one, her small crew of backup singers and dancers took the stage for 90 seconds while Trainor lip-synched and sorta clapped along to a laptop playing the Bruno Mars track.

She wrapped up the hour long show with “My Selfish Heart” and radio staple “Lips Are Moving” before returning for an encore of “What If I?”. Then finally, after asking us 50 times if we were “ready for dat bass?”, Trainor tore into a kickass version of her giant hit while the adoring crowd, dads and all, screamed along.

After a quick confetti shower, an elated Trainor left the stage but not before thanking her “Megatrons” for their continued support (after all, it’s really All About The Fanbase). 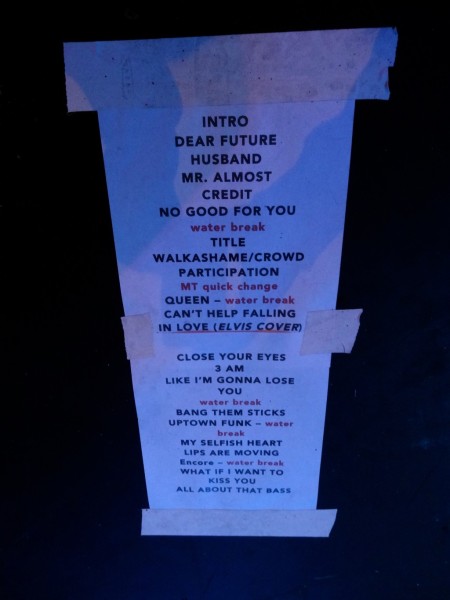 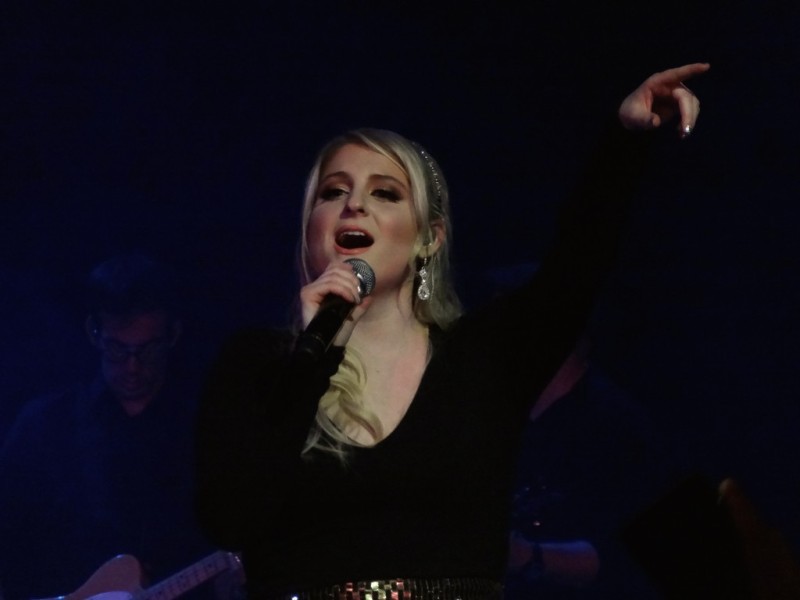 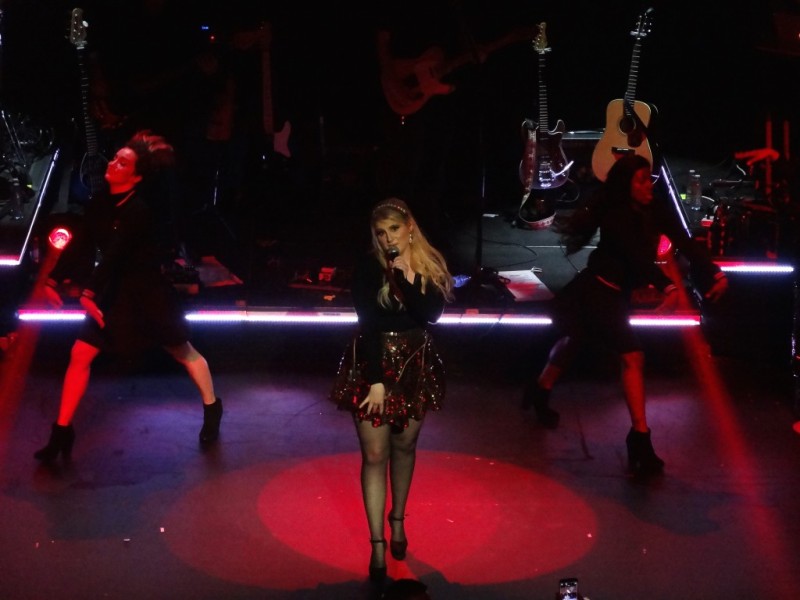 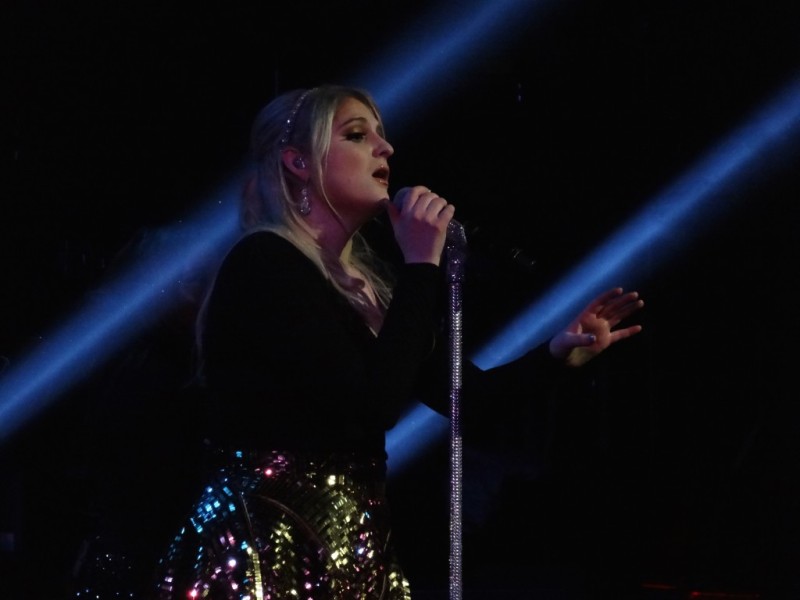 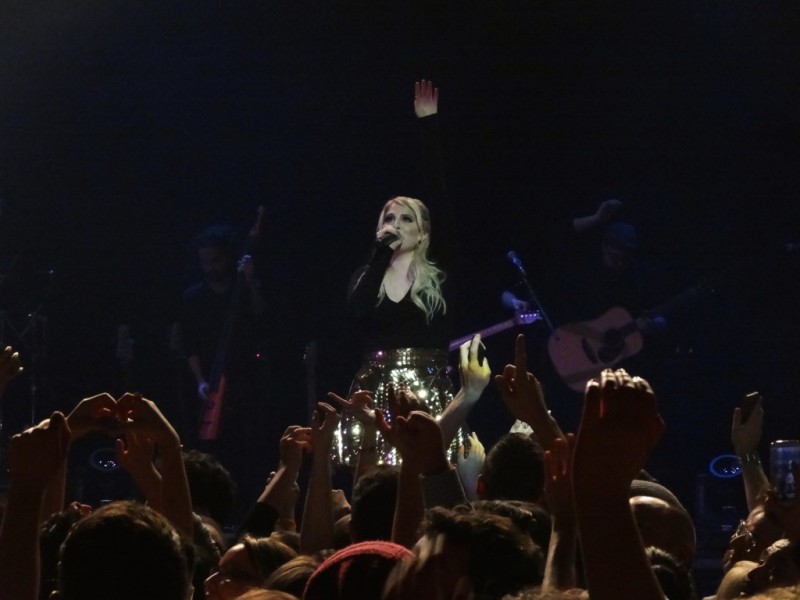 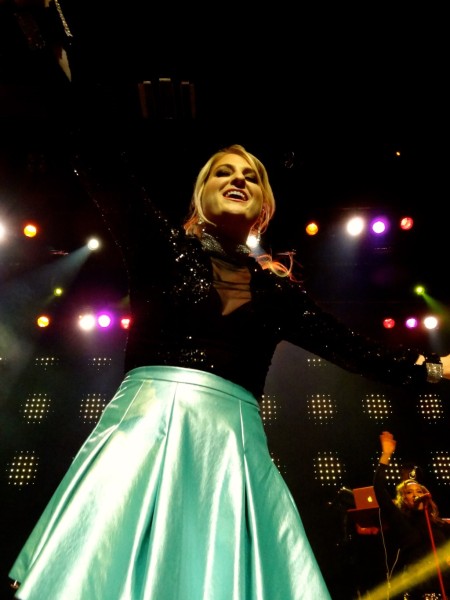