The Caesar is pretty much considered Canada’s national cocktail, but while it does seem to have an enduring popularity, there’s still room to improve upon it.

Many restaurants and bars opt to go the extra mile when it comes to the Caesar garnish, managing to pile a meal (or more) onto the drink. But what about the core of the Caesar–the mix, the tomato and clam juice, the red stuff? 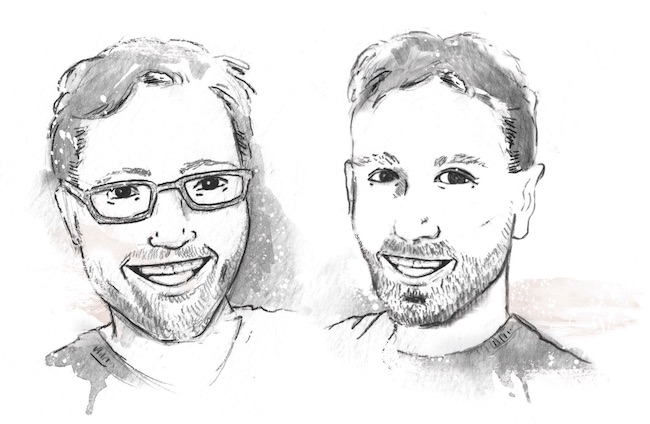 A pair of Vancouver-born longtime friends, Aaron Horowitz and Zack Silverman, are elevating the Caesar game with their all-natural craft Caesar mix called Walter Caesar. Neither one started out in the food industry, but became heavily involved in speciality beverages several years ago with the launch of their Brooklyn, New York-based award-winning Kelvin Slush truck.

We got in touch with the guys of Walter Caesar to find out how they came to create their mix, some fun twists on the Caesar recipe, where in Vancouver they like to drink Caesars, and the importance of being the only Caesar mix to be certified Ocean Wise.

Can you tell us a bit about who you are and what your backgrounds are?

Aaron Harowitz and Zack Silverman: We’re childhood friends from Richmond and attended UBC together. We both spent our high school and university years working at various restaurants and bars as servers and bartenders. Needless to say we spent many years working in the industry, but neither of us ever really thought food and beverage would be our career.

Before starting Walter, Aaron ran a Vancouver based design studio and Zack was working as a lawyer. We both quit our jobs when we realized that Canadians really needed a better Caesar; and what we really wanted was to be beverage entrepreneurs.

What made you decide to create and sell a Caesar mix?

The reason we decided to create Walter was because we love Caesars. As we got older and started paying closer attention to the things we choose to eat and drink, we realized that there was no premium Caesar mix option on the market. The mass-produced mix that is used in most Caesars in Canada contains a bunch of ingredients we just don’t really like to eat. So we decided to make an all-natural Caesar mix with no added MSG, no artificial colour and no artificial flavours.

Since the Caesar is our “national cocktail” we’re proud that we are able to make Walter right here in Canada. At the end of the day we just tried to create a product that we really like – and we are thrilled that other people seem to be into it too.

What qualities make for a really great Caesar?

As patriotic Canadians, we know that a Caesar is a delicious cocktail that can be enjoyed at any time of the day or year. The real question is: why haven’t our American friends figured this out as well? We think the Caesar is just so much better than a Bloody Mary. It’s briny, salty, umami and it kind of tastes like the ocean and a garden at the same time. And you get to garnish it with a whole meal if you want. What’s not to like? 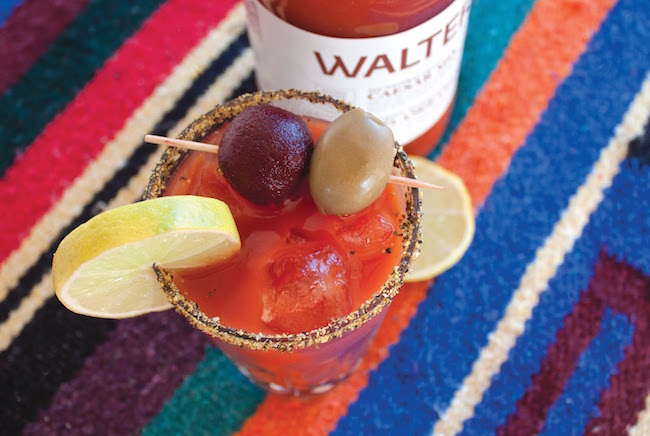 Is there a particular type of vodka that works well with Walter Caesar mix?

Of course, vodka is the classic Caesar sprit, and generally, we think the better the spirit the better the cocktail — so we always recommend a premium vodka when making a Walter Caesar.

As a small Canadian company we always try to support our friends at some of the great local B.C. distilleries that are starting to pop-up – folks like Long Table Distillery, Deep Cove Brewers and Distillers, Pemberton Distillery, Victoria Spirits, and many more are all making really quality stuff.

That said, we also love to encourage people to think beyond just vodka when making a Caesar.

ZS: Personally, my favourite way to make a Caesar is with gin. I think the botanical notes in gin are a fantastic addition to a savoury peppery beverage like a Caesar.

Where is your favourite place to enjoy a Caesar?

AH: One of my favourite places in Vancouver to drink a Caesar is at the bar at Boulevard Kitchen & Oyster Bar. They make a darn fine Walter Caesar, and when paired with some fresh shucked oysters, I’m a happy guy. 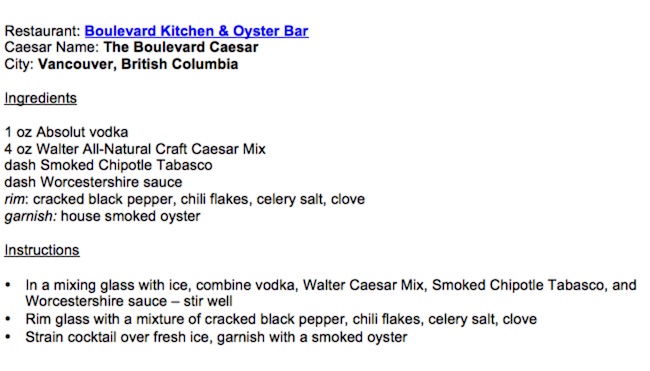 ZS: When I’m out in Vancouver I like to go to Belgard Kitchen where they do a really cool Walter beer Caesar with their house-brewed Postmark Pilsner, garnished with a super tasty spec-wrapped asparagus. But my absolute favourite place to drink a Caesar is at home. When we have family over for a big Sunday brunch or holiday, I love to set up a big Caesar bar with a bunch of different spirits and garnishes and let everyone go crazy. 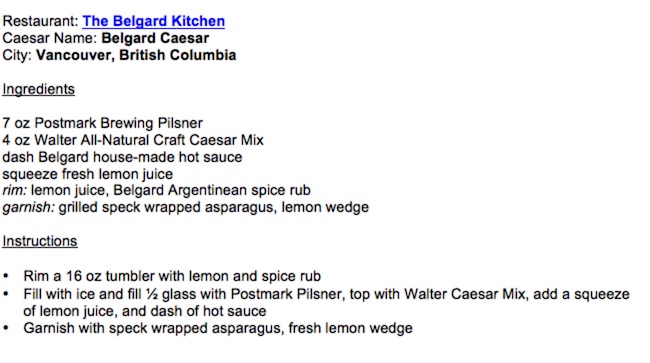 How did you come to have Walter Caesar in the Vancouver restaurants you work with?

We have been really lucky that many of Vancouver’s great bartenders and restaurateurs find value in using an all-natural Canadian made Caesar mix in service to their customers.

What’s the importance of having Walter Caesar being part of the Ocean Wise program?

The fact that Walter is the first ever Ocean Wise recommended Caesar mix is something we are really quite proud of.

We have always used real clam juice in Walter (not dried clam broth or bouillon) — and being able to partner with the Vancouver Aquarium, to make sure that our clams are being harvested in a way that ensures the long-term health and stability of the species and the greater marine ecosystem, is something that is really important to us. We definitely learned a lot more about clams than we ever thought we would, but the Vancouver Aquarium and the Ocean Wise team were great to work with and held our hands through the whole process.

Walter Caesar is served at many bars and restaurants, and is available for purchase in select grocery stores and markets as well as online.