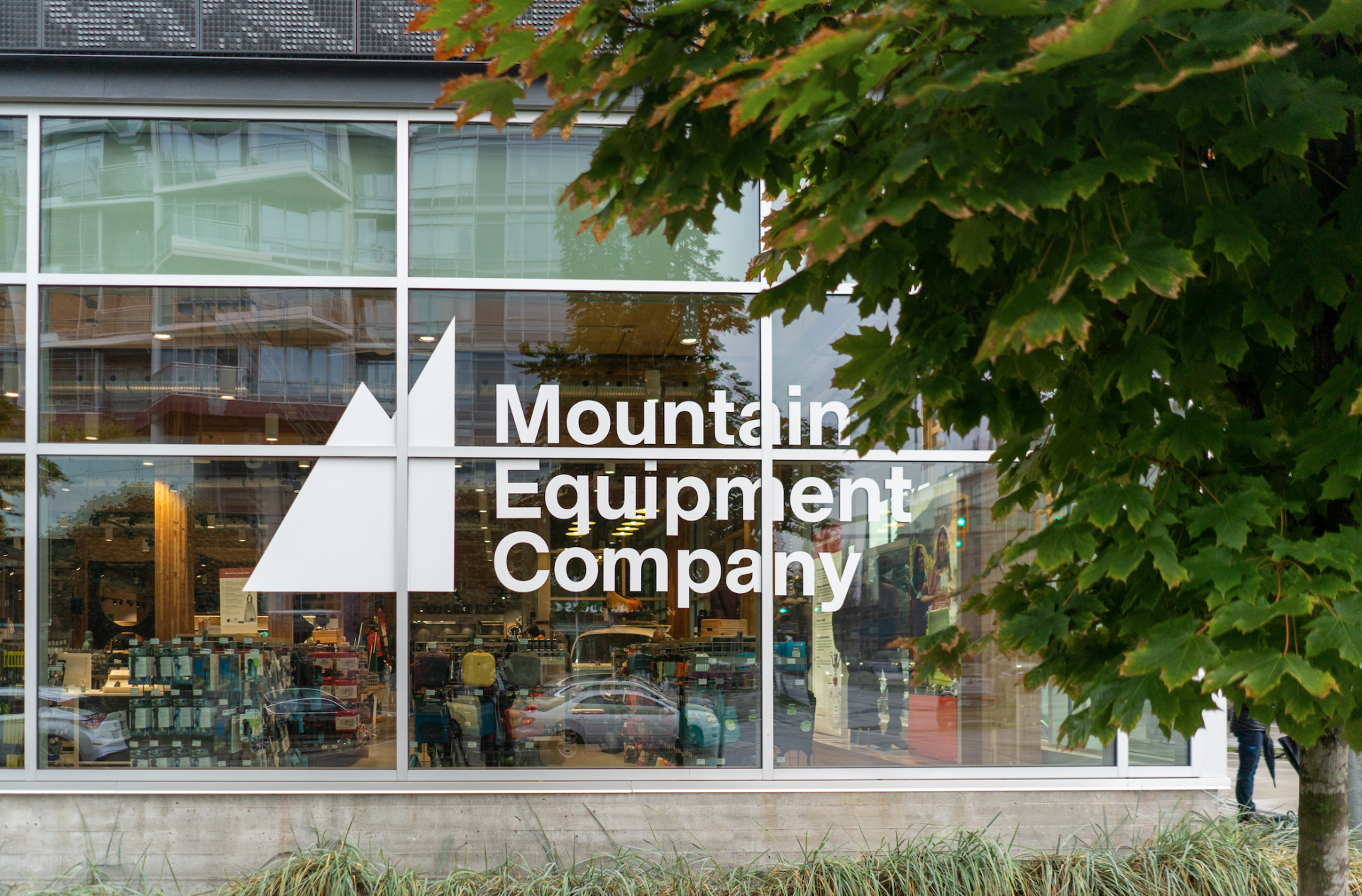 After eight years dividing brand loyalists and staff alike, the green square at MEC is OUT.

Mountain peaks were a key feature of the logo from the company’s inception in 1971 until 2013.

The jagged peaks are a “modern but familiar take on a well-loved icon” and return the signature mountains to the retailer’s offerings.

The move, which comes after a decade of a green square adorning its stores, clothes and branding, was revealed late last week on the exterior of its 40,000-square-foot flagship on West 2nd Avenue in Olympic Village, but was officially announced Tuesday. 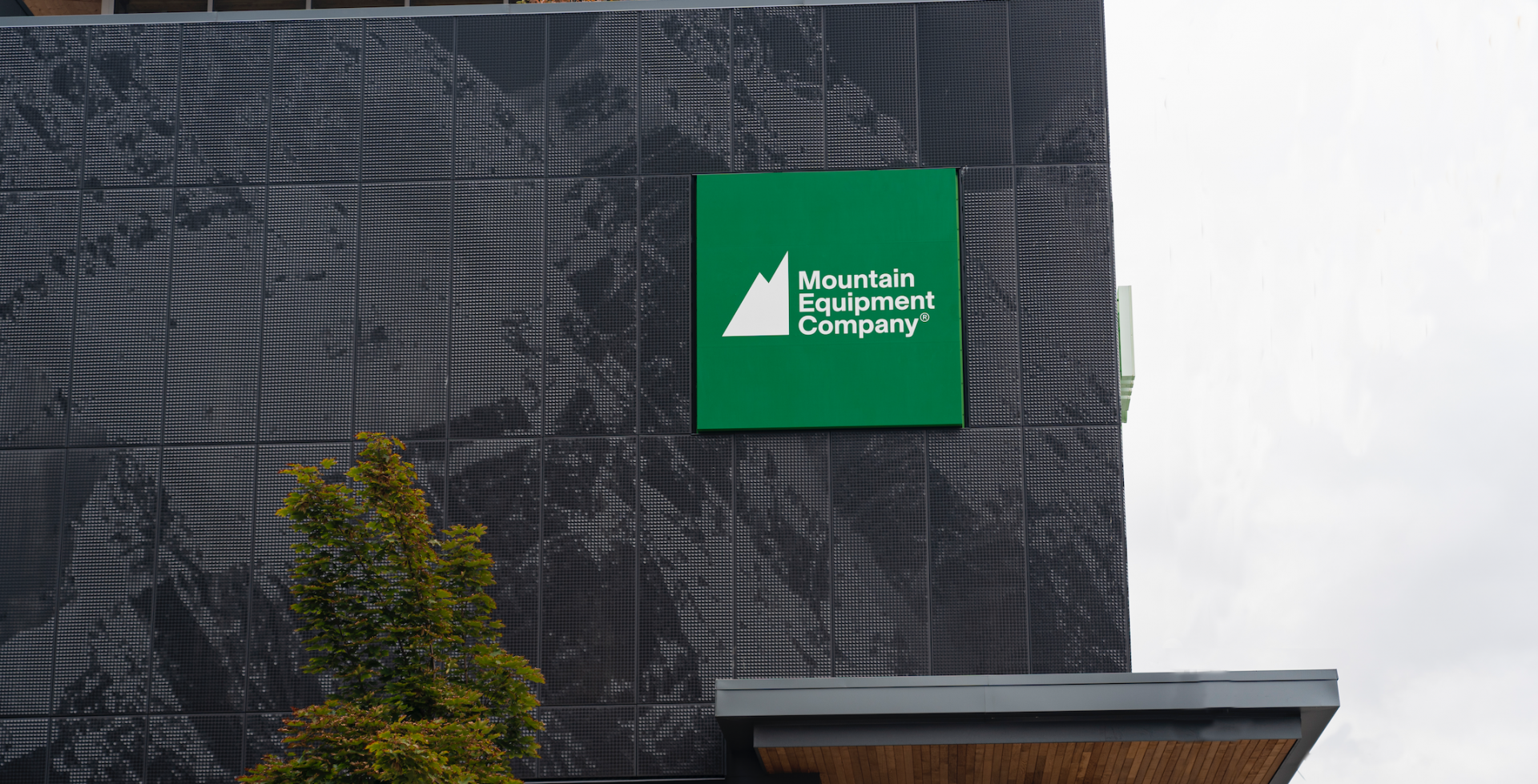 The ubiquitous square branding was “divisive” when it was introduced in 2013, with the retailer saying the message received from the MEC community in the past decade has been loud and clear: Bring back the peaks.

MEC says reviving the mountain logo represents its commitment to core values and the future of the embattled brand, which has seen a tumultuous past few years, including major restructuring and its headquarters subleased to new tenants.

Eric Claus, CEO and chairman, says over the past year, the company has been striving to re-organize around core values and stay laser-focused on what makes the brand unique and memorable.

“The symbolic peaks represent MEC’s unwavering commitment to inspiring and enabling people to get active outside by providing trusted outdoor gear and advice. We’re also working toward aggressive goals for product sustainability and supporting change-making outdoor organizations, while ensuring we have the best team to deliver exceptional experiences across our business,” said Claus. 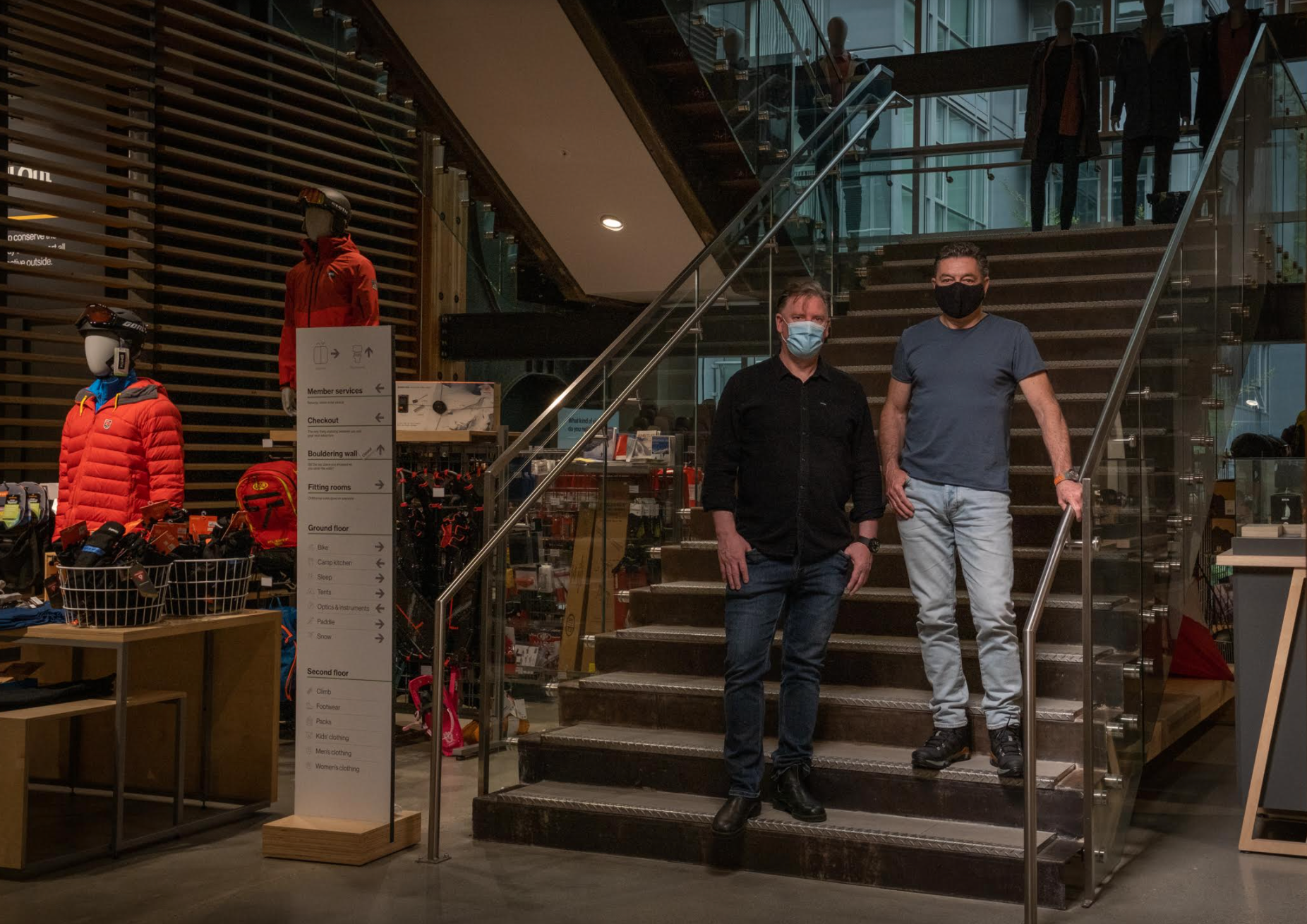 Eric Claus, CEO and Chairman of MEC Canada, and Jay Taylor president and COO, at the MEC flagship in Vancouver/MEC

MEC is planning to re-launch its in-store workshops and events and recently established a program that allows employees to make “maybe one day” adventures a reality through extended leave from work, extra funds or gear to support personal epic outdoor adventures.

Michele Guimond, VP of marketing, said the reinstatement of the peaks is “more than just a design moment.”

“The original peaks have been modernized, and the new logo feels familiar but future-forward, which captures who we are as a brand and where we are going as a company,” Guimond said.