The idea for Meat City, a new sandwich shop on Davie in Vancouver’s West End, first fired up former football pro and TV cooking competitor a few years ago, fuelled by a long-running passion for meat.

“It’s always been my dream, ” says Jon Hameister-Ries, a onetime B.C. Lions player and “MasterChef Canada” contender. It’s mid-afternoon and the aroma of rotisserie chicken is undeniable inside Meat City. This is all part of Hameister-Ries’s plan.

“The vision is all about the spinning meat,” he explains. “You see it…Ideally I’d have it in the window. I want people to walk by and be like ‘whoa, there’s that beautiful glistening meat.’ You hear that sizzle and smell that smell. That’s the root and the foundation of this place.” 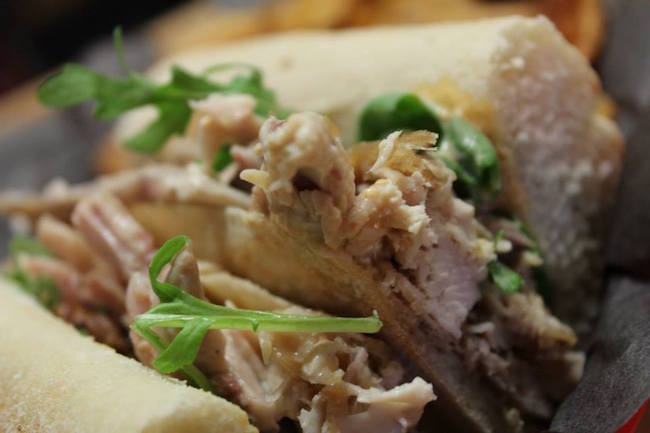 Alas, the meat isn’t in full view in the window, but that’s not stopping Hameister-Ries and his partners, fellow CFL-mates Andrew Jones and Andrew Harris, from creating just the right zone for their customers to enjoy Meat City’s Prime Rib, Porchetta (Italian Pork), and Chicken rotisserie sandwiches and sides, like cornflake-crusted fried asparagus spears and corn on the cob with chili and lime.

Talking about food definitely taps into Hameister-Ries’ love of cooking and eating. He describes the ideal circumstances for making Porchetta, and the beautiful end results, and it’s pretty seductive talk. “You get Porchetta down and it’s like an Italian miracle. It’s beautiful,” Hameister-Ries says.

This is a pretty deep devotion to cooking meat and for Hameister-Ries it goes back at least as early as his college years, when he relished the Prime Rib dinner they’d get the day before a football game. The love of rotisserie meats came soon after, and he’s made an art out of study its science. 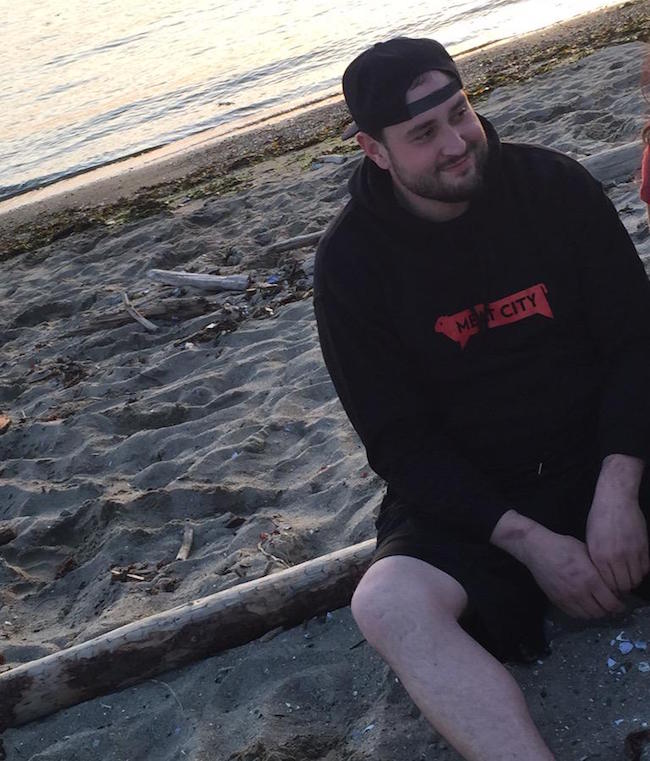 When it comes to rotisserie meats, Hameister-Ries says the key is to keep the meat constantly spinning. Cooking this way ensures the juices don’t drip away, but rather are carried back into the meat as it rotates on the spit.

He’s been perfecting this technique on his own for a while now, having made his own makeshift rotisserie on his 16th floor apartment balcony, at his home not far from Meat City. A couple of chairs, a rotisserie picked up from a hardware retailer, and a couple of turkey fryer burners and he was good to go. His rotisserie was fired up Sunday nights for “MasterChef Canada” viewing parties this season.

Hameister-Ries calls his being on “MasterChef Canada” a “dream come true,” and credits the show with saving his life.

Having fallen on hard times after a back injury sustained playing football, Hameister-Ries says he spent a couple of years in pain, undergoing a series of surgeries, and unable to work, and it cost him his savings and his marriage. Being accepted into the group of competitors for the popular television show‘s second Canadian season was a saving grace, and Hameister-Ries says his experience in the MasterChef Canada kitchen was a positive one.

Not surprisingly, Hameister-Ries was the “meat guy” on the show. He considered himself the least accomplished cook in the pack, but took the approach of soaking up all the culinary knowledge being on the show accorded him, and he’d hoped to have weathered the eliminations a bit further than he ultimately did.

“I was the worst cook there, in terms of knowledge and skills,” says Hameister-Ries, “but I was good at competing. I soaked it all in. I was good at rising to the occasion, and learning what needed to be done.” 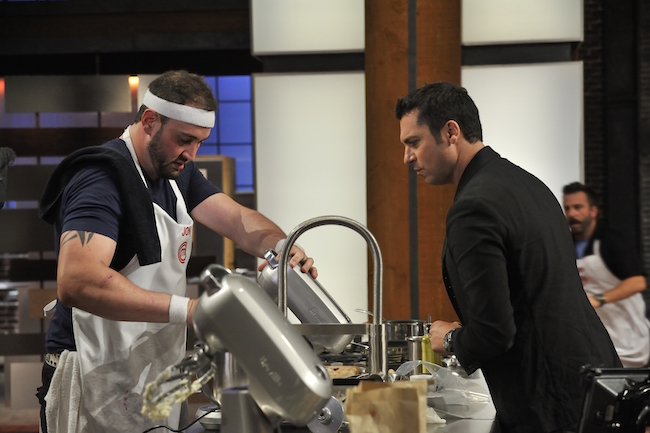 “It was a crash course,” notes Hameister-Ries. “I had so much fun. I was alive again. It was awesome.”

Although the big win went to someone else (David Jorge of Surrey, B.C.) “MasterChef Canada” has paid off already for Hameister-Ries, who says the show opened doors, kick-started industry connections, and gave him a fan base who are pretty pumped to be able to visit Meat City and try his food. “It inspired me personally,” adds Hameister-Ries of the reality cooking competition. “It destroyed the doubt.”

That doubt was perhaps holding Hameister-Ries back from jumping headlong into a restaurant project like Meat City.

Still, it was no casual enterprise. Hameister-Ries says he very much wanted to open in the Davie Village area because of his longstanding ties to the community, and, in return, the value of the community’s support.

“It’s not just about selling sandwiches,” elaborates Hameister-Ries. “It’s about being in the community. If this place is going to succeed we’ve got to connect with the people here.”

Getting Meat City going was a true “labour of love,” Hameister-Ries attests, down to all the late hours he and his partners put in painting and assembling tables. He’s still labouring over the menu, and is actively seeking feedback from his diners so that they can really nail it at Meat City. His ultimate goal is to work with the community to have a Canada Day grand opening party with a very Canadian eating contest, where contenders chow down on different kinds of meat sandwiches in succession, ending with the iconic Canadian dish: Poutine. (Hameister-Ries also is behind Vancouver’s Mean Poutine.)

Down the line, Meat City may well get a smoker and Hameister-Ries can perfect brisket and ribs. Hameister-Ries is planning to get some beers on the menu, They’ll be growing herbs in a nearby community garden plot, but Hameister-Ries is also looking into installing a rooftop garden. He launched the Meat City Society to promote nutrition education for at-risk kids. Needless to say, Hameister-Ries is keeping busy, and going full-throttle.

Football player, TV cooking competitor, restaurateur: Which role does Hameister-Ries feel is most him?

That’s right. On top of all Hameister-Ries has on his proverbial plate, he’s putting his MBA to work daily at ZLC in Vancouver, helping clients with their money. Hameister-Ries splits his day between the office and Meat City, and what he describes is a pretty gruelling pace. He’s also probably the first to admit opening a restaurant isn’t the best investment.

“By the books, this is a bad idea,” Hameister-Ries says of Meat City. “But when you have the passion you throw the books out the window and you just go for it. And that’s what i’m doing. I’m going for it.”