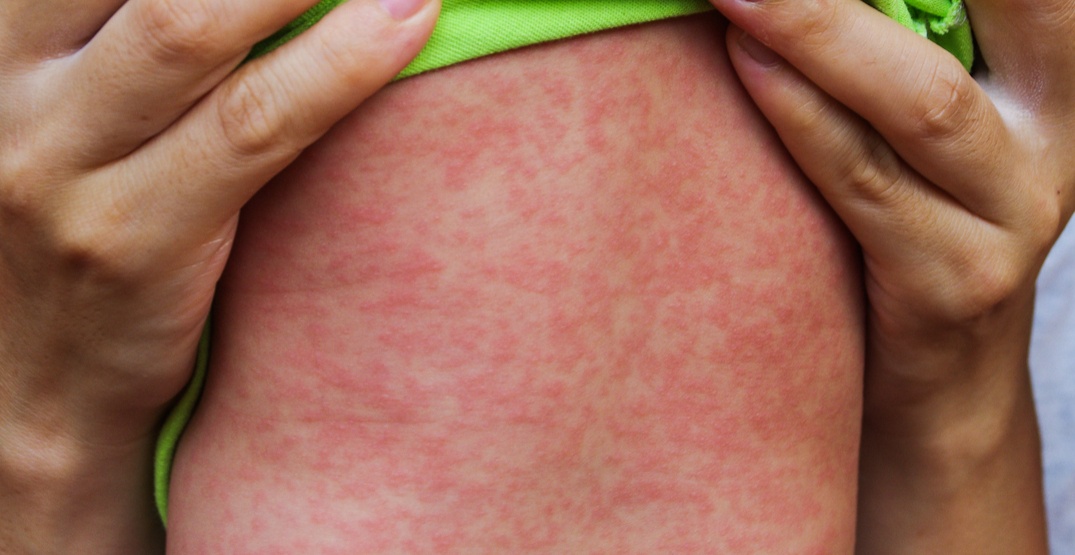 Vancouver Coastal Health (VCH) has confirmed that there is an outbreak of measles in the city.

Dr. Althea Hayden told media late this afternoon there have been a total of eight confirmed cases in the city.

There are five lab-confirmed cases at Jules-Verne Secondary School and Anne-Herbert Elementary School.

There is a clinical case confirmed at Rose-Des-Vants Elementary School.

Hayden says that there are also two “suspected cases” she cannot comment on.

Cases are occurring in staff, students, and family members of those who attend the schools.

Hayden confirmed that the measles was brought into this community through travel outside North America.

Hayden says that this outbreak is unrelated to a case involving a gentleman who returned from the Philippines earlier this month.

One patient was at BC Children’s Hospital emergency department while they were infectious and there is a risk of exposure for those who were there at the following times:

Anyone who was at the emergency department during those times and develops symptoms should contact their health care provider immediately.