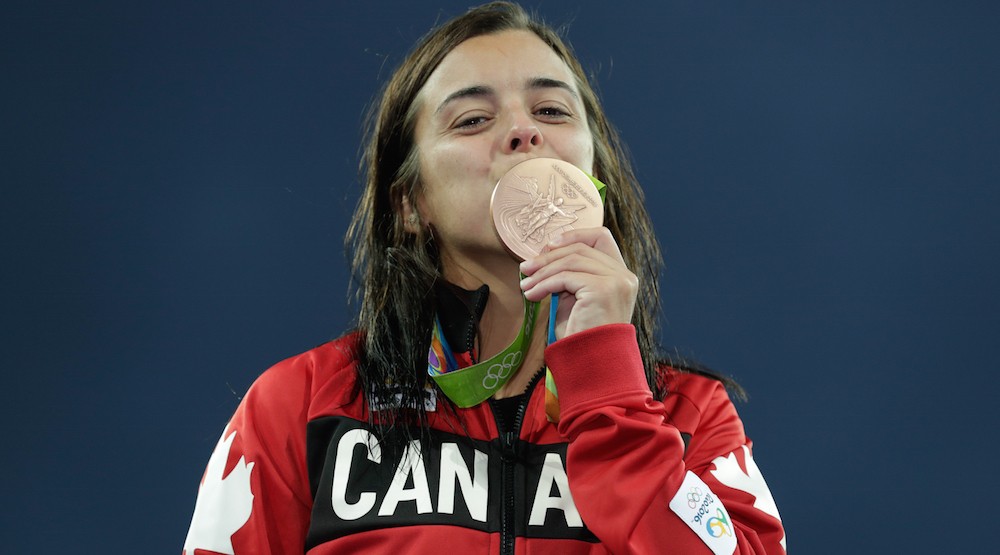 This is the third Olympic medal of Benfeito’s career, but the first in an individual event. She finished 11th in this competition at London 2012.

“It’s just the relief of all the hard work,” said Benfeito. “These past four years have been really really hard and to come up with two medals at the Games is unbelievable.”

Filion was also in medal contention in this event, sitting fourth – behind Benfeito – after dive #3. It was the fourth dive where Filion faltered, taking her out of contention, earning a disappointing 47.85 score from the judges.

Her first dive was her best, earning a score of 81.60 from the judges, the best of any diver in Round 1.

#CAN Meaghan Benfeito is off to a good start in the women’s 10m platform finals! #Rio2016 https://t.co/EH4TZ0afzZ https://t.co/GcJQk1kPRF

She held a 10.5 point lead heading into the final round and needed to be good, not great, to secure a medal. She was, earning a score of 73.60 to easily fend off Paola Espinosa of Mexico and Melissa Wu of Australia.

#CAN Meaghan Benfeito entered the final round in 3rd. Will it be enough? #Diving #Rio2016 https://t.co/EH4TZ0afzZ https://t.co/1iFrNkhLjj

Benfeito was emotional, hugging her coaches and teammate, Filion, upon realizing her spot on the podium was secure.

Benfeito joins swimmers Penny Oleksiak and Taylor Ruck as other multiple medal winners from Canada in these Olympics. Sprinter Andre De Grasse will have an opportunity to join the club tonight in the men’s 200 m final.