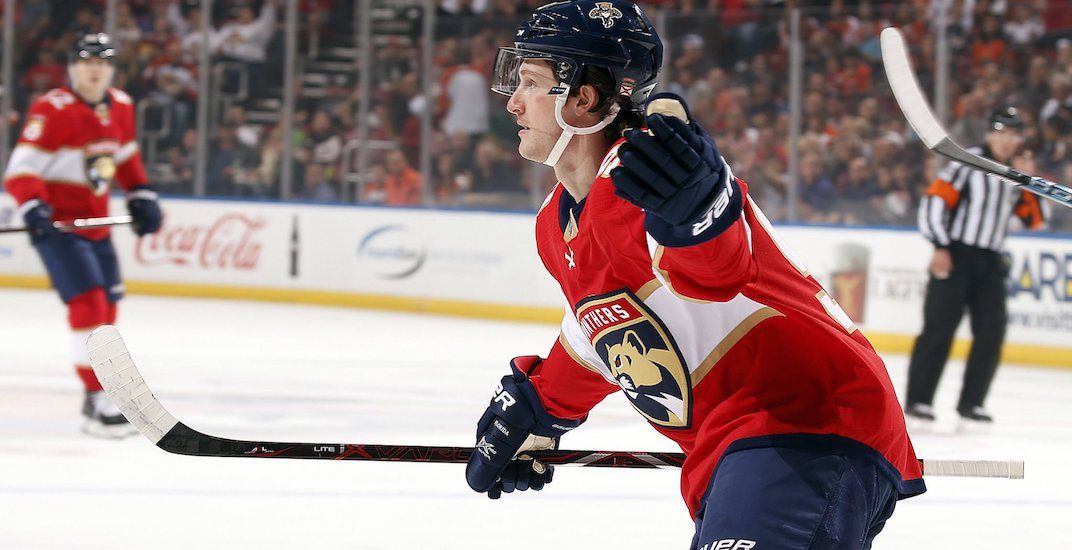 The 22-year-old centre was involved in a four-player deal on Friday, one that also saw three draft picks change hands.

The Florida Panthers traded McCann and Nick Bjugstad to the Pittsburgh Penguins in exchange for Derick Brassard, Riley Sheahan, a second-round pick, and two fourth-rounders.

TRADE ALERT: The Penguins have acquired forwards Nick Bjugstad and Jared McCann from the Florida Panthers in exchange for Derick Brassard and Riley Sheahan and three draft picks.

Now in his fourth NHL season, McCann has scored 71 points (27-44-71) in 212 career games with Vancouver and Florida since being selected by the Canucks with the 24th overall pick in 2014. The Stratford, Ontario native has eight goals and 18 points, averaging 14:04 of ice time in 46 games with the Panthers this season.

McCann was selected with the first-rounder that GM Jim Benning acquired as part of the Ryan Kesler trade. It was a regrettable selection, as the Boston Bruins chose David Pastrnak with the next pick.

McCann played just one season in Vancouver before being dealt to Florida in the trade that brought Erik Gudbranson to the Canucks in 2016.

All four players involved in the trade are former first-round picks.

Brassard, 31, is the most accomplished player in the deal, though he has struggled this season, his first with Pittsburgh, scoring just 15 points in 40 games.

Sheahan, 27, is a bottom-six forward who has nine points in 49 games.

The best player in the deal is Bjugstad. The 26-year-old has just 12 points in 32 games this season, but is only one year removed from a 49-point campaign.

Key for FLA is shedding salary commitments beyond this season, getting flexibility to potentially take a run at pending UFAs Artemi Panarin and Sergei Bobrovsky. Key for FLA was turning expiring contracts into younger contract players without taking an immediate step back now.

Pittsburgh gets younger in this deal, without hurting their chances of contending. Florida acquires two pending unrestricted free agents with the intention of clearing the deck to take a run at Artemi Panarin and Sergei Bobrovsky this summer, according to TSN’s Bob McKenzie.

Their interest in Bobrovsky may raise eyebrows, as both Roberto Luongo and James Reimer are each signed for multiple years beyond this season, so they would need to move one of them to make that happen. Luongo could make the decision for them, if he retires, which would have consequences for the Canucks’ salary cap.