Vancouver Mayor Gregor Robertson has put a challenge forward to all municipal leaders.

Last year, Mayor Robertson played ball during the Vancouver event – and this year, he wants all other municipal leaders to do the same.

“I’m challenging you and 11 other mayors across Canada to come out and play hockey for food when Five Hole for Food visits your city, and to challenge your citizens to raise as much food as possible, whether it’s on Twitter, Facebook or through any other channels,” he wrote in a letter on the FHFF website.

With the tour wrapping up this week, Edmonton and Victoria mayors still have time to participate.

“My staff and I will be out in force at the Vancouver game, and I hope you’ll be too when it comes to your city,” Robertson wrote. “As I’m sure you know, all Canadian mayors gave up star careers in the NHL to get involved in municipal politics, so there’s no excuse for not playing.”

If you’re not a mayor but want to join in the action, all you have to do is grab a hockey stick and a can of food. 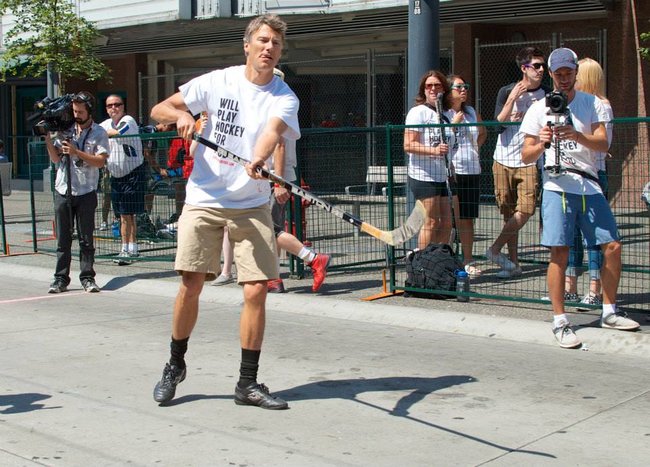 Bring: Food for donation and a hockey stick

All the donations from the Vancouver stop will go to the Greater Vancouver Food Bank.