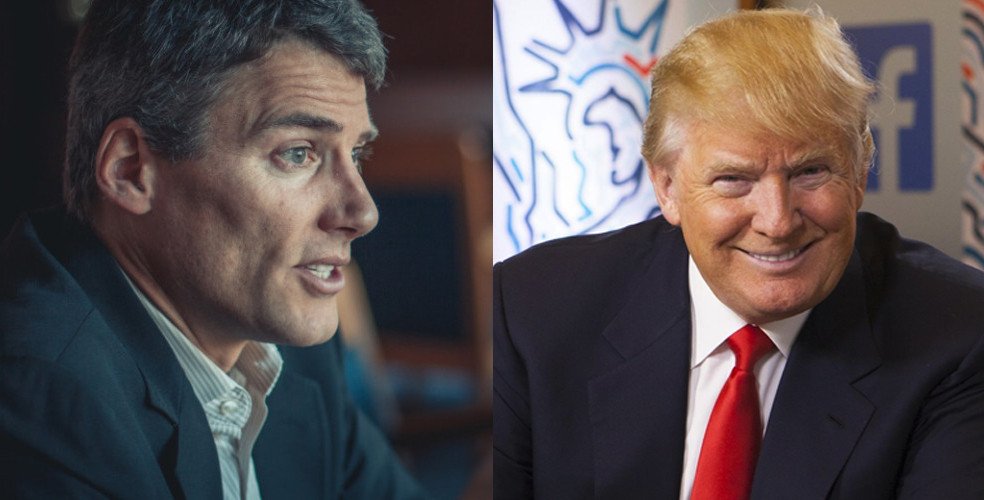 Mayor Gregor Robertson is joining the fight to get the Trump name removed from the downtown tower currently under construction on West Georgia Street.

In a letter addressed to president and CEO of Holborn Group Joo Kim Tiah, Mayor Robertson blasts Republican presidential candidate Donald Trump for his “hateful positions and commentary,” and says his brand has no place in Vancouver.

“As Mayor, I’m proud that Vancouver is known throughout the world for our steadfast commitment to diversity, equality, and freedom from discrimination and hatred. Vancouver is enriched by that diversity,and being a city where people can live and thrive regardless of their gender, sexuality, faith, or ethnicity,” reads the letter.

“In contrast, Donald Trump’s hateful positions and commentary remind us all of much darker times in our world’s past – and it is incumbent upon all of us to forcefully challenge hatred in all of the ways that it confronts us.”

Trump called for the complete shutdown of the United States borders to Muslims, saying “there is great hatred towards Americans by large segments of the Muslim population.”

Mayor Robertson referenced a petition that garnered over 50,000 signatures calling for the removal of Trump’s name from the Holborn Group’s tower and councillor Kerry Jang’s similar position on the matter.

“It is their belief, and my belief, that Trump’s name and brand have no more place on Vancouver’s skyline than his ignorant ideas have in the modern world. As Mayor, it is my hope that you and your company will work quickly to remove his brand and all it represents from your building.”

Holborn said in a statement they will not comment on Trump’s politics and refuse to speak on the matter further.

Holborn is a Vancouver-based private real estate development company that owns Trump Vancouver. When Trump Vancouver opens in 2016, we will create as many as 300 jobs. Holborn, a company that has contributed immensely to the growth of Vancouver, is not in any way involved in US politics. As such, we would not comment further on Mr Trump’s personal or political agenda, nor any political issues, local or foreign. Our efforts remain focused on the construction of what will soon be the finest luxury property in Vancouver and beyond.

The $360 million tower will be 63 storeys high upon completion and will operate the 147-room hotel, champagne lounge, Mott 32 signature Chinese restaurant, and Drai’s Pool Bar Nightclub within the first 15 storeys of the building. The rest of the tower will be apartments.

Here is the full letter:

Letter to Holborn by Vancouver Mayor’s Office on Scribd