May is shaping up to be one of the driest months on record for Vancouver, with only 4.2 mm of rain falling at Vancouver International Airport in the last 28 days.

With more warm and dry weather forecast for this weekend, it is likely rainfall records will be broken come Sunday, May 31, but May will not be the driest month ever for Vancouver. July 2013 broke a 60-year-long record with 0 mm of precipitation.

It has been an unusually dry and warm winter and spring across the province with record-low snow packs disrupting the ski season and causing concerns for fresh water supply and forest fires, all due to the El Niño effect. 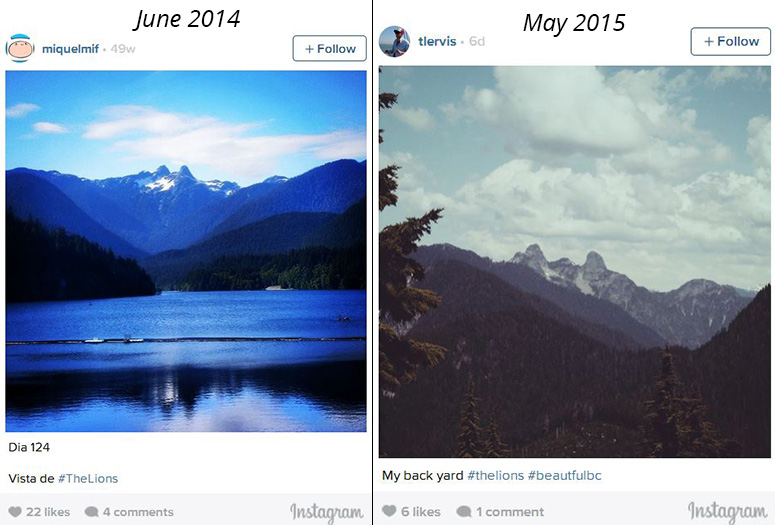 Environment Canada is calling for a warmer and drier than average summer and winter for B.C. due to an El Niño forming in the Pacific.

An unusually warm Pacific ocean combined with a shift in atmospheric circulation develops an El Niño weather pattern which brings warmer temperatures and lower than normal precipitation levels to much of the world. The El Niño conditions can also cause dramatic weather events around the Pacific, including droughts, floods and monsoons.

Australia’s Bureau of Meteorology announced on May 12 that El Niño thresholds have been reached in the tropical Pacific for the first time since March 2010.

Meteorologists are since predicting significant warmer than normal temperatures for May, June, July and August for the West Coast of Canada from southern Vancouver Island upwards to Yukon and as far east as Alberta.

Environment Canada is calling for sunshine and highs of 22° this weekend, turning to rain on Monday and Tuesday but remaining warm.