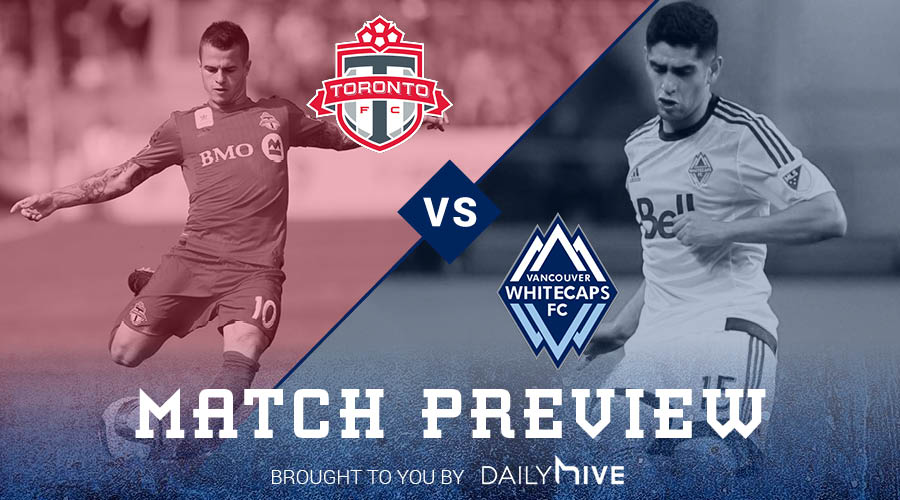 The world “rivalry” is tossed around fairly liberally in North American soccer circles. Overseas, that word is reserved for the bitterest of foes — your Rangers-Celtic, Real Madrid-Barcelona, Manchester United-Manchester City match ups. On these shores, it tends to be applied more colloquially and, as a result, typically has less oomph.

Note I said “typically”. The Vancouver Whitecaps and Toronto FC are not typical rivals, especially when it comes to the Voyageurs Cup. There is oomph to spare, you can bet on that. Get ready for some fireworks, folks.

I have met you and I hate you

No, Dug. No. We do not love Toronto FC. Go find that squirrel. Good boy.

Sorry, where we? Right – the many ways in which we hate Toronto FC outside of the obvious (they’re from Toronto).

Let’s begin with the 2011 Voyageurs Cup, the first in Vancouver’s MLS era. The Whitecaps banked a respectable 1-1 draw in front of the Empire Field faithful before heading to BMO Field for the second leg.

An hour into the match with the ‘Caps leading, Mother Nature herself intervened, sending down a torrential lightning storm that forced the abandonment of the match. The match was replayed from the beginning(!) and Toronto would go on to win 2-1 (3-2 on aggregate).

While less contentious, the 2012 Voyageurs Cup final still had controversy. After another 1-1 first leg in Vancouver set the stage for a rematch in Toronto, joint red cards just before the hour mark to TFC’s Julian de Guzman and the Whitecaps’ Sebastien Le Toux left both sides with ten men.

As Vancouver pressed for a goal to at least force extra time, Toronto struck in the 83rd minute to win the tie outright, 2-1 on aggregate.

Finally, the grand-daddy of them all: TFC vs. Montreal Impact, 2009. In the old round-robin format, Vancouver had a stranglehold on the Voyageurs Cup. Toronto would have to defeat Montreal by five goals to win on goal differential.

Impossible. Never going to happen. Hey, wait, is that an under-strength Montreal team?

Toronto wins 6-1. Conspiracy theories of Montreal throwing the match continue to rebound to this day. Je me souviens. Sure, we boiled up some serious rage towards L’Impact over that incident, but make no mistake: the dislike is real.

Thankfully, supporters aren’t the ones that take to the pitch to decide a game.

(Can you imagine? No game would finish 11-on-11 and the deluge of fines would bankrupt a team within a month. But I digress.)

The big guns are coming to play in Toronto, make no mistake about that. Head coach Carl Robinson, having survived giving Vancouver’s up-and-coming prospects precious minutes against Ottawa, will likely be taking a first-choice squad out east.

To that end, defender Kendall Waston, midfielder Christian Bolaños, and striker Blas Perez have been added to the Voyageurs Cup squad. In an ironic twist, all those red cards and suspensions being handed out like candy in Major League Soccer mean Robinson can freely play some key players without worrying about the effect on league play.

That’s not to say he won’t find space for an encore for Alphonso Davies.

It’s going to be a cagey affair, to be sure. Defence could – and should – win the day, as the Toronto attack has shown none of the impotence we’ve mocked them for in years past. Shut them down, take no chances and grab a vital away goal to take home.

Well, not yet, at least. Still, as I mentioned above, this Toronto team is different from the ones that have spent big money only to languish outside the playoffs.

There’s a solid spine down the middle with Michael Bradley in midfield shielding a back line led by veteran defender Drew Moor. Goalkeeper Clint Irwin is just as sharp playing for TFC as he was for the Colorado Rapids. Oh, and there’s that one guy, the… Oh, it’s on the tip of my tongue… Something something league MVP…

…Right. Him. Sebastian Giovinco. It should go without saying that not letting Giovinco do things like that is the prime objective for the ‘Caps.

Accomplish that and the goals will follow. In that clip above, the final score was 4-3 for Vancouver. While I’m not expecting four away goals, I wouldn’t be surprised if a counter-attacking strategy designed to lull Toronto into opening up will be Robinson’s modus operandi.

1-1 Draw. Defence wins championships, as the adage goes. I won’t fault the ‘Caps one bit if they decide to keep things tight at the back and go for just the one goal to make the second leg interesting. While 1-0 would be an amazing result, it’s unwise to bet against Giovinco; thus, 1-1.