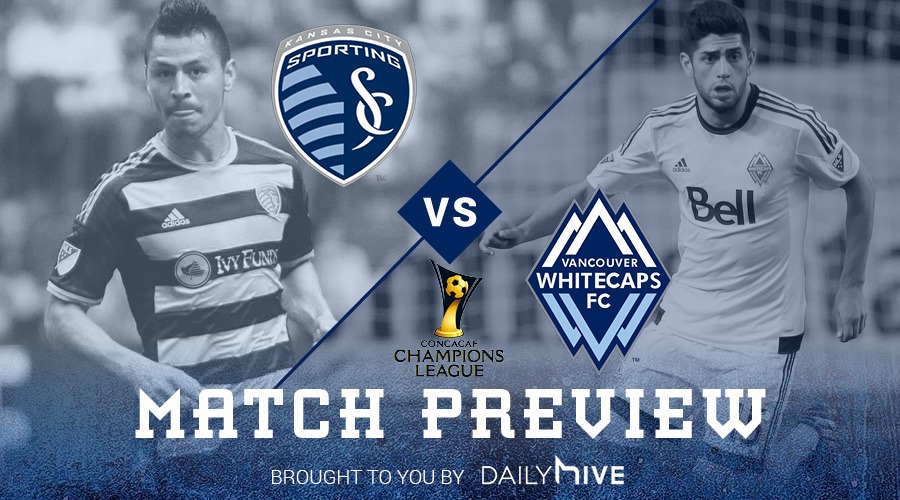 While the Vancouver Whitecaps are trying to scratch and claw their way back to the final playoff spot in MLS competition, they’re sitting pretty at the moment in the CONCACAF Champions League.

They’ll play their third game of the group stage on Tuesday night, away against Sporting Kansas City.

Win and you’re in

With two wins in two games so far in this competition, the Whitecaps are in the driver’s seat in Group C.

A win tonight or in their final group stage match at home to Central FC, and the Whitecaps are through to the quarter-finals for the first time in franchise history.

This is the fifth time these two teams have met this season, with Kansas City winning twice, the Whitecaps once, with one draw between the two sides. Vancouver’s only win was the last match between these two teams, a 3-0 win in Champions League play at BC Place on August 23rd.

Children’s Mercy Park has not been kind to Vancouver this season, with Sporting winning both games (2-1 on March 12, 2-0 on August 20).

As is customary with Champions League play, the Whitecaps have called up some players from WFC2 for this match.

Goalkeeper Spencer Richey, centre back Sem de Wit, and forward Kyle Greig were signed to short-term agreements and will be on the roster. This match will be especially exciting for Greig, who is from Olathe, Kansas.

David Ousted, Giles Barnes, Christian Bolanos, Jordan Harvey, and Kekuta Manneh will get the night off.

As always, Champions League presents a dilemma for head coach Carl Robinson. The Welsh tactician must balance the opportunity that presents itself in this competition with the overall goal of success in MLS league play. Coming off a game in Columbus on Saturday, the ‘Caps will play again four days from now in a huge game at Centurylink Field in Seattle.

Of course, a win tonight would ease the pressure of having something to play for in their final group stage match against Central FC, so there’s that.

A striker that scores goals. What a concept?

Erik Hurtado scored his first MLS regular season goal in nearly two years on Saturday. He also scored a goal in the last Champions League match against Sporting KC, so he should be feeling pretty good about himself coming into this match, assuming he plays.

Fan reaction to Hurtado has been interesting to say the least this season. He’s a player you want to love, because he works hard and generates so many chances.

The problem? He can’t score.

1-0 Whitecaps win. This will be a game you’ll tell your children about.

“Where were you when the Whitecaps advanced to their first CONCACAF Champions League quarter-final papa?”

“Well son, the year was 2016 and I watched it on Facebook. I gave it a ‘like’ and commented with an emoji.”