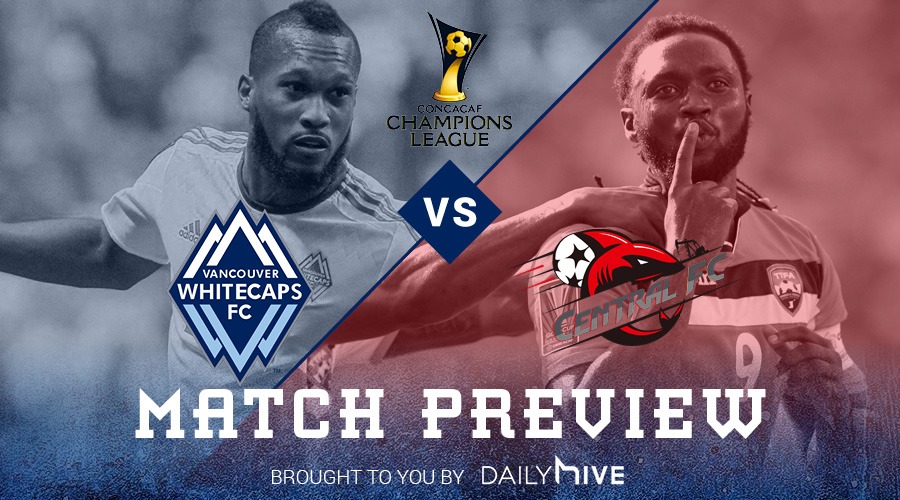 After a thrilling 3-3 last minute draw against the Colorado Rapids on Saturday afternoon, the Vancouver Whitecaps will take the pitch of BC Place Wednesday evening against Central FC in the last group stage match of the CONCACAF Champions League.

Does it even matter?

Yes, the Vancouver Whitecaps have already secured their ticket to the knockout stages of the tournament after achieving a perfect record of three wins in three games. So, the question remains. Does this game even matter at all?

The answer is yes, it matters quite a bit actually. With a win, the Blue and White will improve their position in the overall tournament. This, in turn, will directly impact the rival that the ‘Caps will have to face in the second round (which will be played in early 2017). The higher they end up in the rankings, the easier the opponent they will battle. Or at least that is the theory.

Win by Portland in #CCL tonight means they're still alive; if they get a result vs Saprissa next month, could face #VWFC in quarterfinals.

It is true that the reaching an MLS playoff position is mathematically possible but in reality the chances of that happening are, to be generous, slim. However, the Whitecaps want to see out their 2016 campaign on the best of notes.

Winning their three last MLS matches would be a decent way to finish an overall disappointing season. More importantly, winning the last three matches (including Cascadia Cup derbies against Seattle and Portland) would mean that the ‘Caps would lift the Cascadia Cup on the last match of the year.

Therefore, winning the match against Central FC tonight is important to create winning momentum looking towards the last month of the season.

Given how things have gone for Carl Robinson and his pupils in 2016, a logical conclusion is that this squad needs to be tinkered. A lot of tinkering? A little tinkering? That is a debate for another day but the reality is that there are players in this group will not be donning a Whitecaps jersey in 2017.

There are only four competitive matches in 2016. There are only four opportunities for players to raise their hand and convince their boss that they deserve to be part of this club next year. Each game counts, each minute counts.

If anything, the match against Central FC provides another invaluable opportunity for players and coaching staff to start making decisions for the future.

So, yes, this match is important and it does matter. It matters for individual and collective reasons but ultimately, it is one of the last opportunities that we will have to see this team play before they pack it up for the year.