After four long months of offseason, Vancouver Whitecaps FC are set to open their 2016 MLS season campaign against Canadian rivals, the Montreal Impact.

The Whitecaps will try to start their season on the right foot by earning full points against a Montreal side who will not feature former Chelsea FC superstar Didier Drogba, who is currently suffering from an acute case of “turfitis.”

Drogba’s absence is no reason to take Montreal lightly. As Whitecaps head coach, Carl Robinson, points out, “they are a good team, they have good players, they have key players in certain areas so we have to be aware of that.”

Perhaps more importantly, the Welsh tactician makes a point of highlighting the importance of the Blue and White to playing their own game first and worrying about their rival second. “It is about what we do, every game we talk about that if we focus on our strengths, we have a better chance to win the game. It will be all about us.”

One the Whitecaps main objectives for their upcoming season will be to improve their form at home after losing six games at BC Place in 2015. If the Whitecaps improve their home tally and continue with their strong road performances, they will automatically become strong contenders for the Supporters’ Shield and (may I dare to say?) MLS Cup. 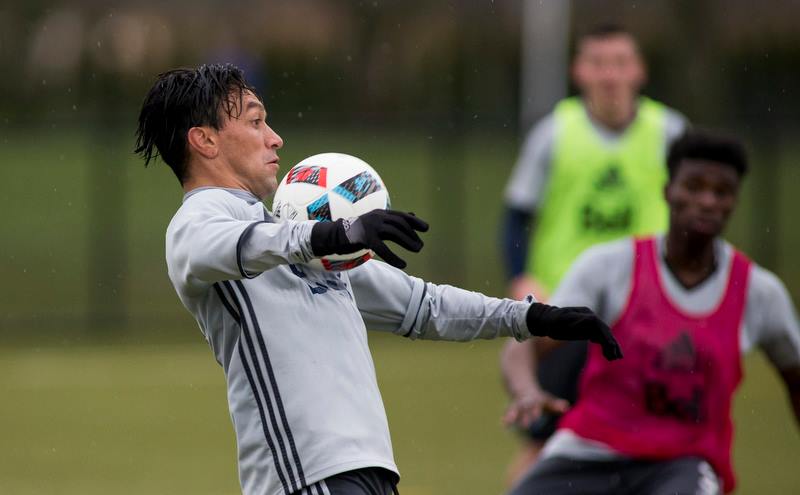 One of the main storylines will be the newest Costa Rican, Christian Bolaños. Carl Robinson will be looking for the World Cup veteran to provide quality service from the flanks and complement the playmaking abilities of Pedro Morales.

The Whitecaps defensive efforts were their biggest strength in 2015. With the spine of the defensive core (David Ousted, Kendall Waston and Matías Laba) re-signed in the offseason, it is expected that the Whitecaps will continue the defensive prowess that gave them an opportunity to win every game despite their anemic offensive production.

The last time that supporters had the opportunity to cheer on the Whitecaps was in the second leg of the Western Conference Semifinals against the eventual MLS champions, the Portland Timbers back in November. The match merited next level enthusiasm and the supporters rose to the occasion to create one of the best sporting atmospheres in a long, long time. This game provides fans with the opportunity to pickup right where they left off and continue to prove why the Whitecaps have become the hottest ticket in town.
[am2_see_also]

The combination of the anticipation to get things rolling, eager supporters, first game adrenaline, team debuts, and a Canadian rival will bring out the best of the Whitecaps. The Blue and White have a fantastic season-opening record, including a 2-0 home victory against Montreal back in 2012. The Whitecaps have everything set to begin the season with a win. I predict that they will by a score of 2-0.