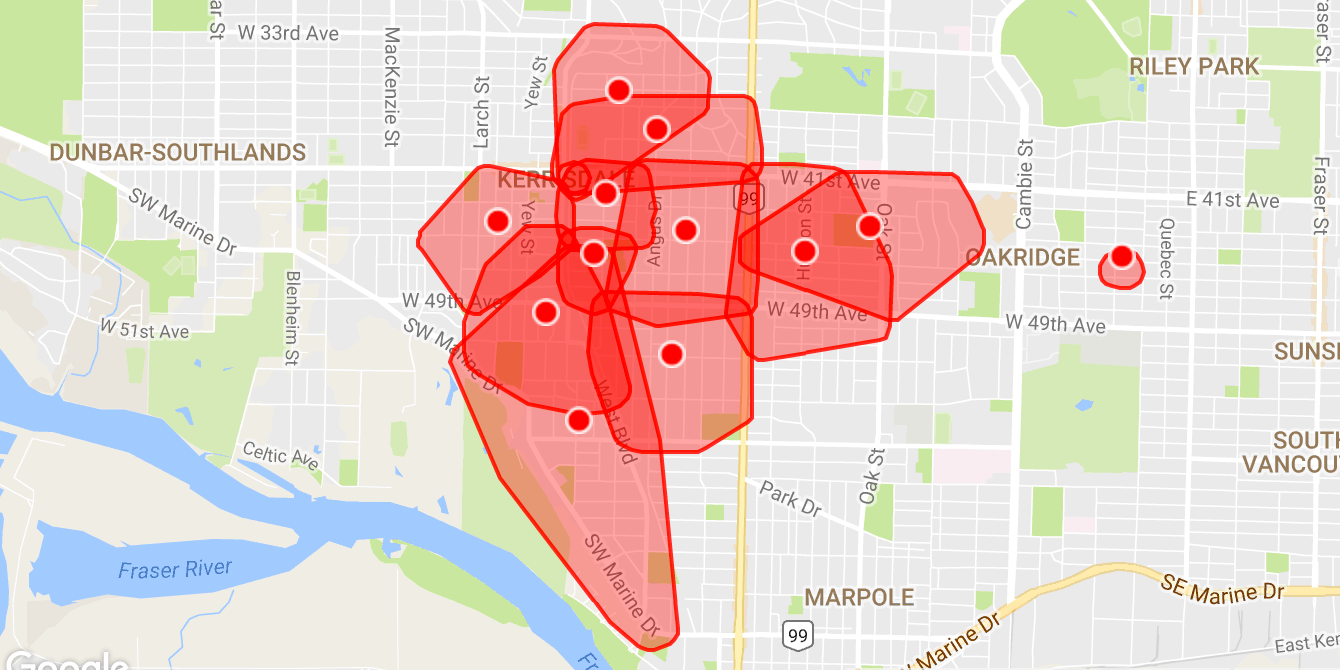 Nearly 6,000 customers with BC Hydro in the Vancouver Westside are without power this afternoon due to a substation fault.

The outages are clustered within a large area west of Oak Street, south of West 36th Avenue, east of Elm Street, and north of Southwest Marine Drive.

The outage began at 12:30 pm and cascaded to other nearby areas five minutes later. As of 1:10 pm, power has been restored to all but 600 customers and it’s anticipated that all power will be restored by 2 pm.