A large fire is currently burning in a residential complex in Burnaby.

The townhouse complex, Cascade Village, is located a couple of blocks from Burnaby Hospital on Linwood Street just east of Smith Avenue. The wood-frame complex has 250 units and was built in 1989

Reports say it is currently a two-alarm fire.

Tweets show dramatic images of large flames reaching out of the building’s roof.

Burnaby fire fighters are currently on the scene. 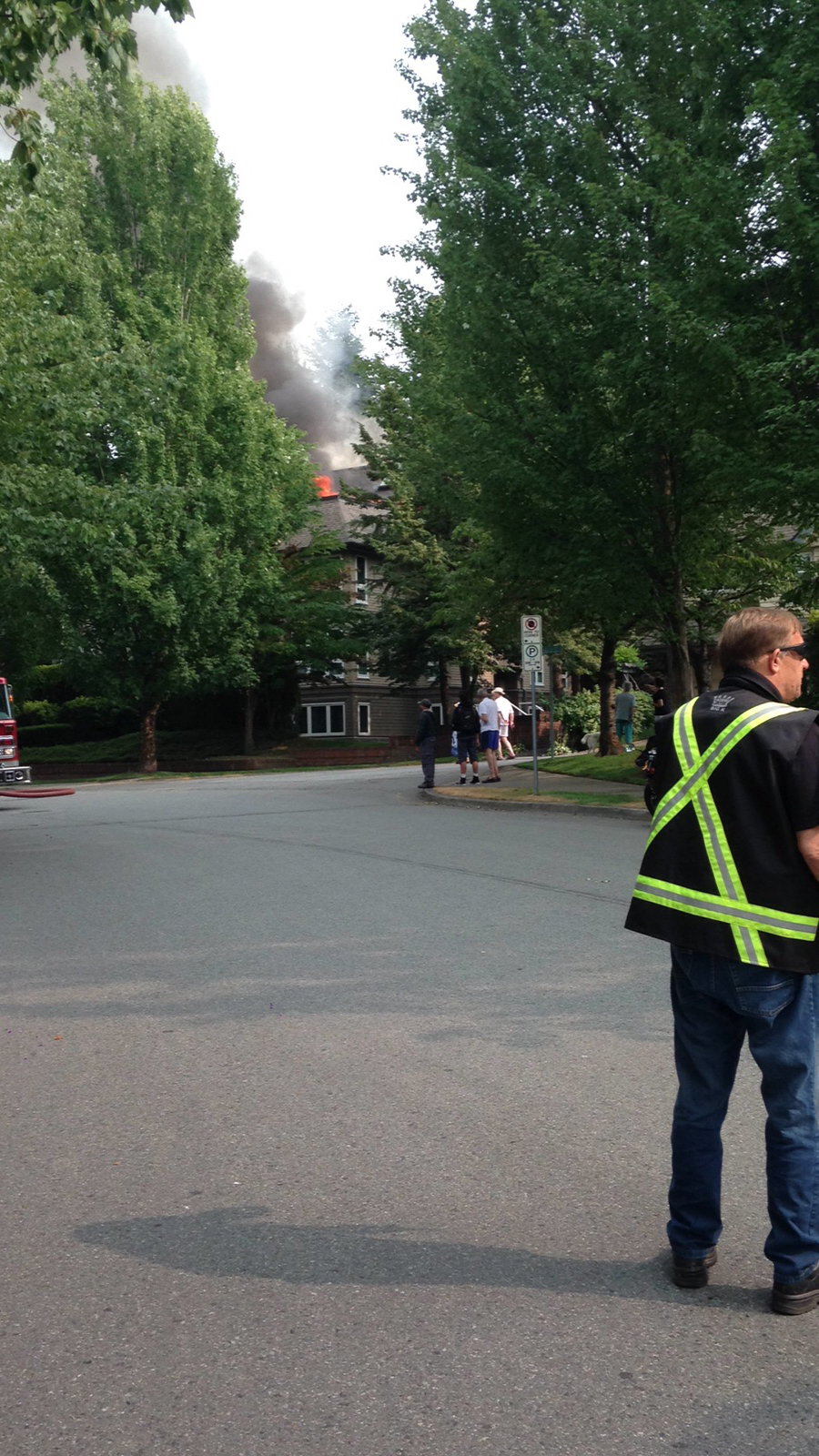 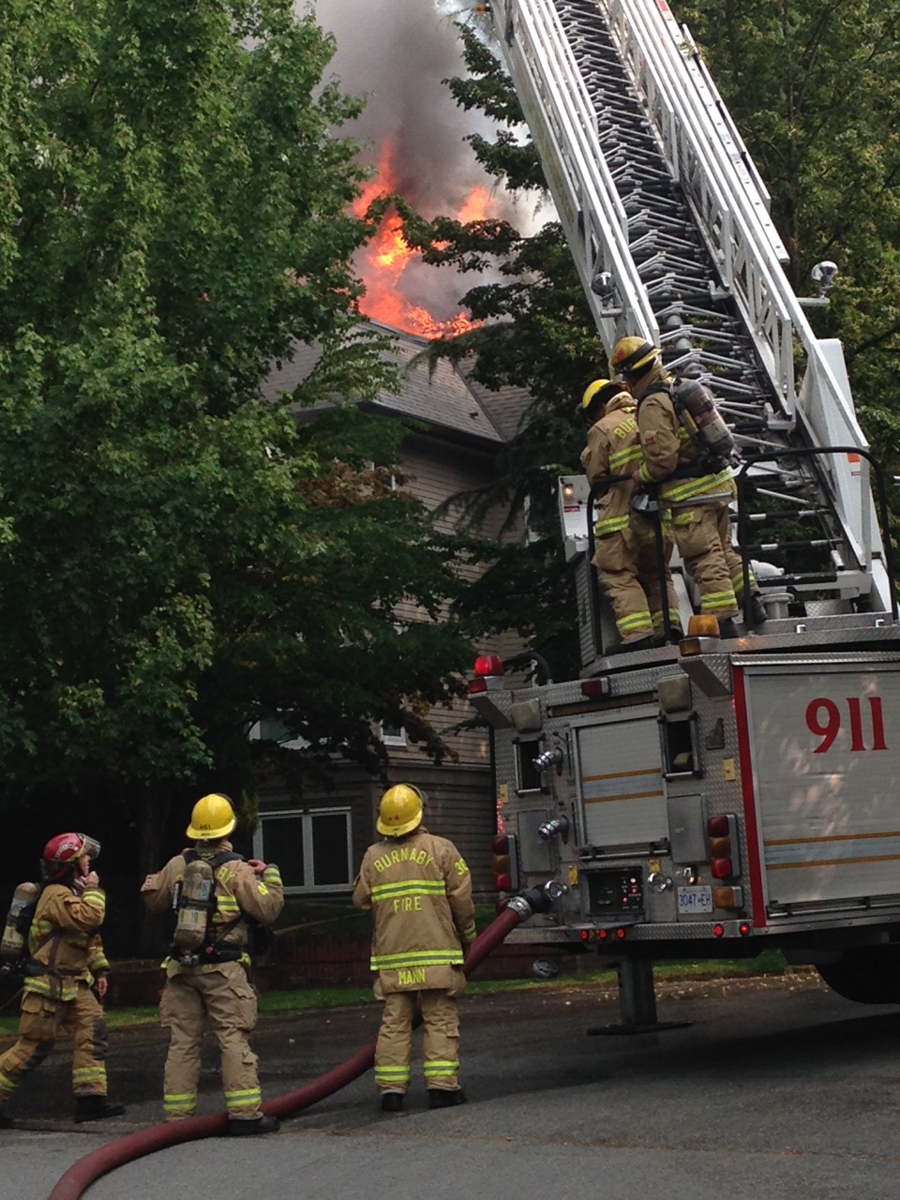