Hoarding signs with the Massimo Dutti brand have been erected at the last remaining empty storefront within the new expansion wing of Pacific Centre in downtown Vancouver.

The men’s and women’s Spanish fashion retailer is set to open sometime over the coming weeks in a unit next to Abercrombie & Fitch and Ted Baker London.

Massimo Dutti stores are typically located in high-profile locations in spaces ranging between 4,000 and 5,000 square feet.

There have been industry discussions since summer 2014 that the retailer has been looking for suitable spaces in the Metro Vancouver region. It has ambitious expansion plans to open stores across Canada, including in Montreal and Ottawa.

The international retailer is owned by Inditex, the same parent company that also owns Zara, Bershka, Pull and Bear, and Stradivarius. There are approximately 700 Massimo Dutti stores worldwide. 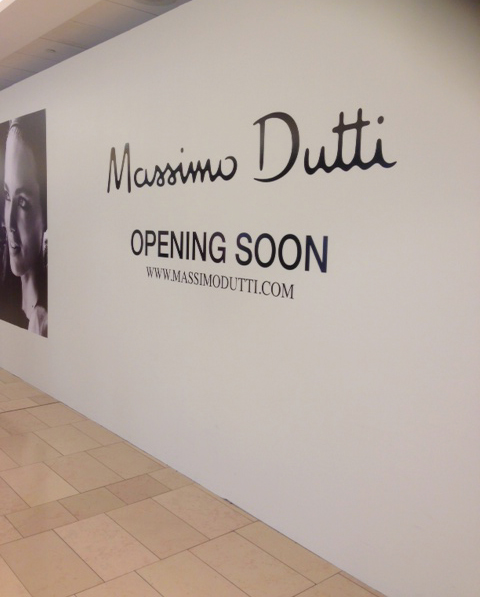