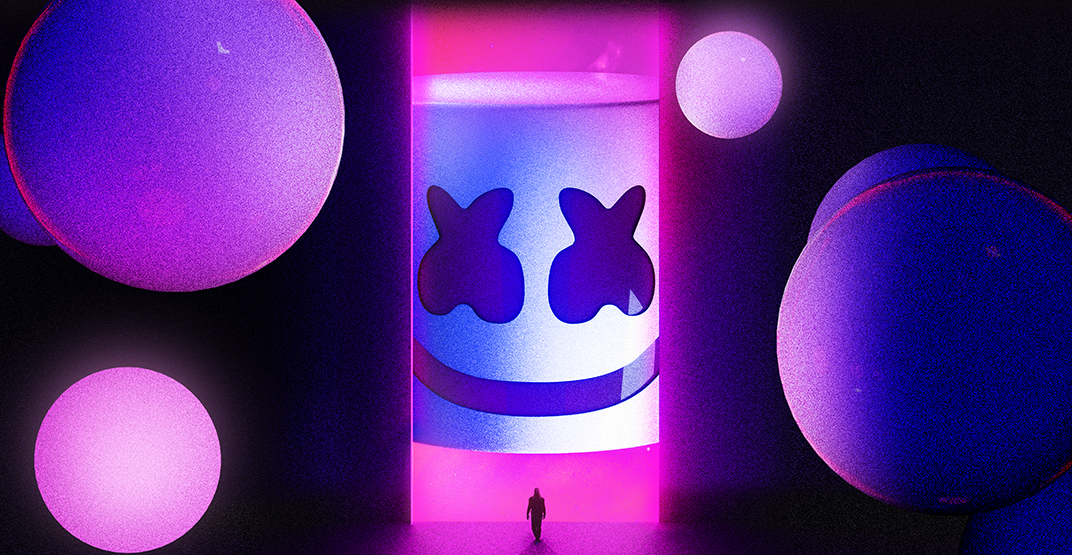 Get your dancing shoes ready, Vancouver. Electronic music producer and DJ Marshmello is coming to the city during his North American tour, Into the Mellovers.

The artist is slated to perform at the Pacific Coliseum on Friday, September 25. His 16-stop fall tour kicks off in Atlanta on August 28 before stopping in Montreal, Detroit, Brooklyn, Seattle, and Portland, among other major US cities.

Marshmello has released a plethora of chart-topping collaborations over the last year with artists including Kane Brown, A Day To Remember, and Roddy Ricch. The anonymous DJ’s last tour in 2018 sold out, so it’s anticipated that tickets will go quickly for his 2020 shows.

An artist who has proven that music genres have no boundaries, Marshmello has over seven Platinum records and the #1 Dance Song of the Decade, “Happier” (a collaboration with Bastille).

Tickets for Marshmello’s fall Vancouver show are on sale now, starting at $65.50 via TicketLeader.