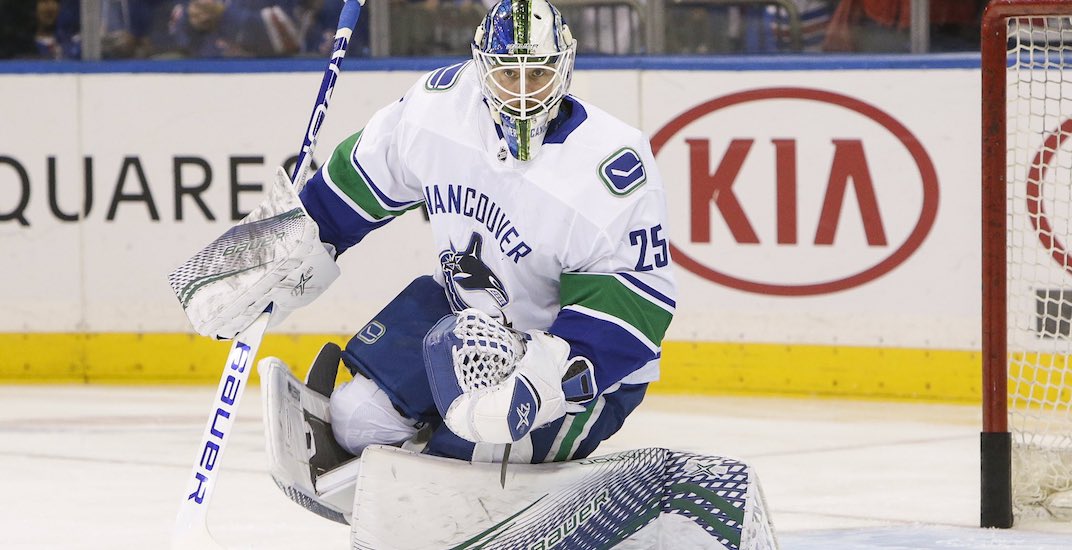 It’s been a wild 48 hours for the Vancouver Canucks and the goaltending position.

It began with a mysterious injury to Jacob Markstrom, which forced the Canucks to start junior goalie Michael DiPietro against the San Jose Sharks on Monday.

Benning swung a deal to acquire minor league goalie Marek Mazanec for a seventh-round pick in 2020. While bringing in another pro goaltender was necessary, it caused some to wonder why the team didn’t choose to sign another netminder on an AHL-only contract which wouldn’t have cost an asset.

VAN working feverishly to get immigration paperwork in order for new goalie acquisition Marek Mazanec to play tomorrow night in ANA. Immigration procedures, I believe, require him to be processed in CAN so it will need to be a quick turnaround tomorrow to get him to ANA.

Mazanec then had to fly back to Canada as the team worked hard to get his immigration paperwork fast-tracked. The timeline was so tight that the Czech netminder missed the start of today’s morning skate in Anaheim, literally meeting his teammates on the ice.

Unlike DiPietro, Mazanec is a professional goalie, though he’s certainly not at Markstrom’s level.

That’s why the news that Markstrom will start tonight’s game against the Ducks is huge for the Canucks.

Markstrom’s ailment was officially described as ‘lower body tightness.’ Travis Green later called it a “strain,” while Sportsnet hockey insider John Shannon said in a radio interview that he had back spasms.

Whatever the case, the Canucks will hope that Markstrom is not only healthy enough to start tonight’s game, but run the table until Thatcher Demko returns from injury.

It remains to be seen how Green uses Mazanec, as the Canucks also play in Los Angeles on Thursday and in San Jose on Saturday.

DiPietro, who was on the ice at practice today, will be assigned back to his junior team in Ottawa, so it appears all is well in net… for now.