Professional snowboarder Mark McMorris blew our minds a few weekends ago, walking away from the 2016 Winter X-Games with his sixth career gold medal.

McMorris embraced the fear of the unknown by pushing past his snowboarding limits to achieve exactly what he had set out to do – land a new trick and win gold. Vancity Buzz had the chance to sit down with him for the second time to touch base about his intense training sessions in Whistler and his work with 5 Gum to prepare him for the big win.

At the top of the hill before his second run, it wasn’t until those final five seconds that McMorris decided it was go time. With his adrenaline pumping there was no looking back, and he decided against playing it safe and to try and land the trick he had trained all season for.

“There was so much unknown when the competition started. But that’s exactly what I live for, the adrenalin rush and the fear of making it happen,” said McMorris, who only decided it was time to attempt the new trick he’d trained all season long for in those final five seconds before his medal-winning run. “I was nervous to do a new triple but excited at the same time. As soon as I stepped into it, I had a good feeling and I went for it.”

For McMorris, the ability to improvise quickly was key to his gold medal win – the weather was changing quickly and the speed on the terrain accelerated. McMorris knew that he had to take a risk and commit to his run. Ultimately, his focus and positive mindset made the difference.

Throughout the winter and with the support of 5 Gum, McMorris has been pushing himself to embrace the unknown with a no-fear attitude. By pushing past his limits and saying yes to his “Do I or Don’t I?” moments, a regular occurrence in training and competitions, is how the pro athlete gains his confidence to perform.

“There were some tricky conditions, but I tried not to let the pressure take me to a negative place. There’s pressure but I use it as fire and to my advantage,” said McMorris.

McMorris was overwhelmed with happiness when he landed the trick. His hard work and risk-taking attitude had paid off.

“It’s such a joy for me to stay at the top and win the X-Games in Aspen because that’s the biggest game of the season. It means more and more to me each time and I’m happy to be where I’m at.” 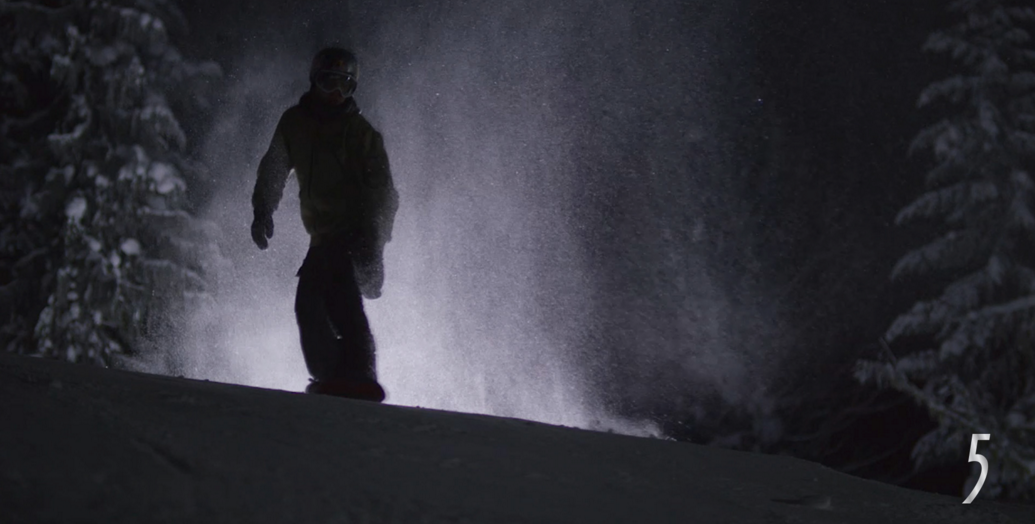 Relentless, motivated and positive, the snowboarding legend looks to his future competitions as an opportunity to continue challenging the unknown. He has already begun training for The Burton US Finals on February 29 and we’re excited to see what he lands next.

“My plan for the future is to keep having fun, push myself and accomplish my goals,” he says. “I just want to keep doing this.”

Check out this video to experience the emotions McMorris feels in the final five seconds of a big competition like the 2016 Winter X-Games in Aspen.