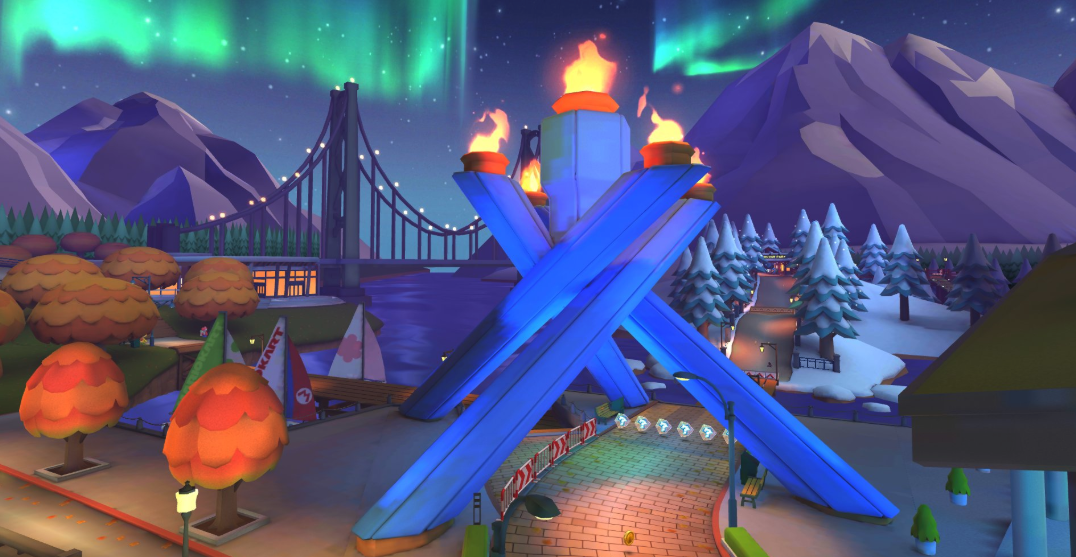 It might not be the real-life Mario Kart course in Ontario, but it’s a close second.

On February 11 at 10 pm, the smart phone app will release a Vancouver course.

The Valentine’s Tour is drawing to a close, but don’t let that break your heart! Starting Feb. 11, 10 PM PT, you can take a spin through the city of Vancouver and enjoy its natural beauty. What sights are you looking forward to? #MarioKartTour pic.twitter.com/1R8gWflw2W

The game officially launched for both iOS and Android devices on September 25, 2019.

The game’s courses depend on the tour, which changes every two weeks. Starting with Paris, each tour has eighteen cups and adds new drivers, karts, gliders, and courses. During certain tours, mainly ones themed around real-world locations, the game includes one course that is new to the series – in this case, Vancouver.

Mario Kart also hinted at which characters will be cruising through the city’s streets and past familiar sights such as the Olympic Cauldron, Coal Harbour, and the Lions Gate Bridge.

Here are the silhouettes of the new drivers joining #MarioKartTour for the Vancouver Tour! The one on the right looks ready for a camping trip. Surely they’re excited to experience Vancouver’s majestic nature! pic.twitter.com/v9Digiji1R