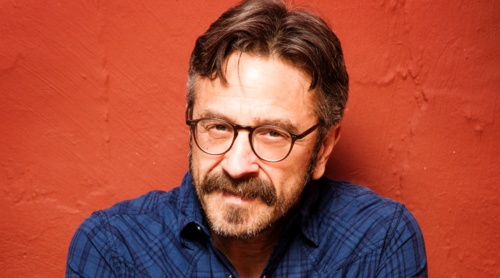 Comedian Marc Maron, best known for his WTF podcast, is coming to Vancouver this March for a show at the Vogue Theatre for The Too Real Tour.

Maron is most famous for interviewing then US President Barack Obama in his home garage for his WTF With Marc Maron podcast in 2015.

But he’s interviewed a myriad of high profile guests since launching the podcast in 2009 – his interview with Louis CK was named the no.1 podcast episode of all time by Slate.

More recently, Maron has appeared in Joe Swanberg’s acclaimed series Easy, and in his own stand-up special, Marc Maron: More Later on Epix.

Last year, he played a sold-out show at Carnegie Hall as part of the New York Comedy Festival, and that’s what he’s bringing on tour to Vancouver – and more.

“I’ve been searching for stuff that makes me laugh and think and feel things,” said Maron in a release. “I’m excited to share what I have unearthed or stumbled upon or ripped from the jaws of sadness.”