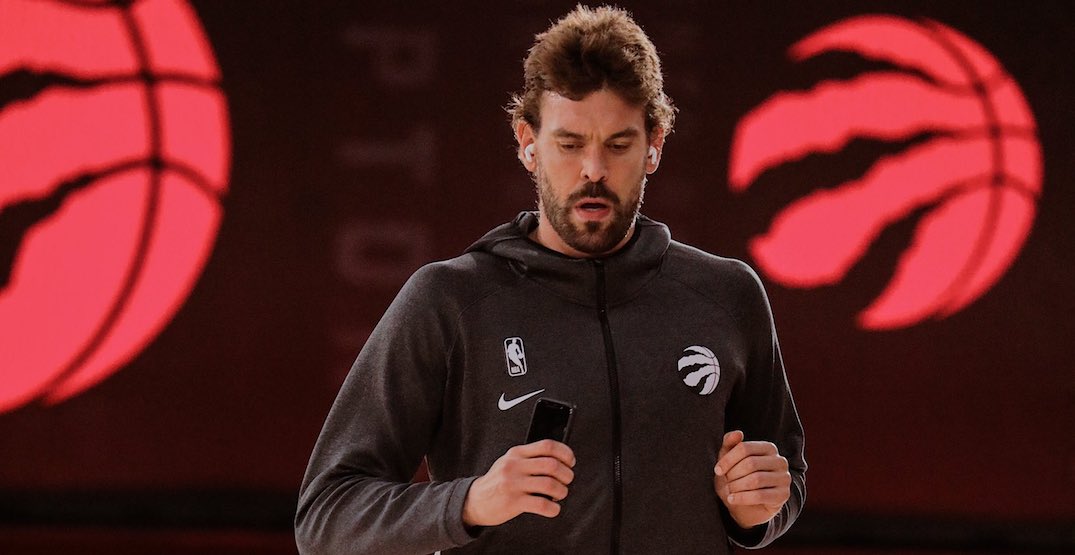 Marc Gasol won’t be returning to the Toronto Raptors next season, according to a report out of Spain. In fact, the 35-year-old Spaniard is leaving the NBA altogether.

Gasol is going home, according to Sergi Carmona, signing a deal with FCB Barcelona — his hometown team.

Marc Gasol is reportedly on the verge of leaving the NBA and signing with FCB Barcelona, reports @sergi_carmona.

A trade deadline acquisition by the Raptors in February of last year, Gasol played a large role in helping Toronto win the NBA championship in 2019. The 6-foot-11 big man provided the Raptors with excellent play on defence as well as intelligent passing ability on offence.

The free agent centre just finished the last year of a deal that paid him over $25 million.

*Update: Barcelona head coach Sarunas Jasikevicius is denying this report, telling Spanish outlet Gigantes del Basket that he has not talked to Gasol.