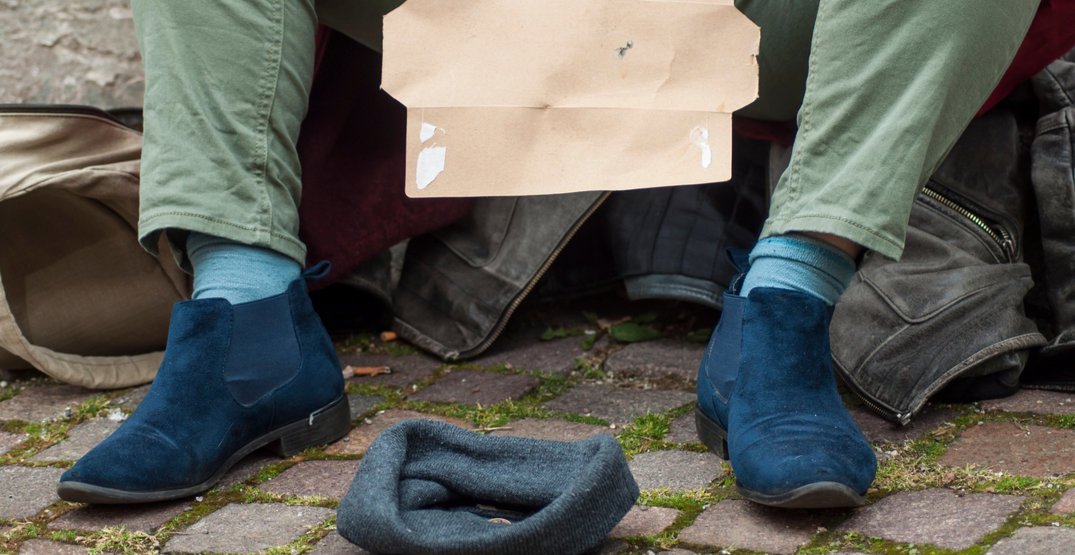 Following the lead of other BC cities who have recently enacted similar measures, Maple Ridge has become the latest city to crack down on what it deems aggressive panhandling within its municipal borders.

On Tuesday night, by a vote of 6-1, Maple Ridge city council passed the Safer Streets Bylaw.

The bylaw puts limits on where, when, and how panhandlers can ask for money.

Specifically, it prohibits panhandling within 10 metres of a bank or ATM, bus stops, daycares, liquor stores, and cannabis stores.

It also includes a fine of $100 for those who ask for money “after sunset on any given day” as well as those who “continue to solicit from or otherwise harass a pedestrian after that person has made a negative initial response to the solicitation or has otherwise indicated a refusal.”

The bylaw also bans panhandlers from asking for money from people in cars – passengers or drivers – when the vehicle is at a stop signal. It also prohibits them from approaching a vehicle operator while that operator is fuelling up their vehicle at a gas station.

With the adoption of the bylaw, Maple Ridge joins the ranks of other cities in the province who have passed bylaws surrounding the issue of homelessness and panhandling.

Earlier this year, Penticton passed the Good Neighbourhood Bylaw, which prohibits individuals from sitting or sleeping on several city streets from May to September 30, 2019.