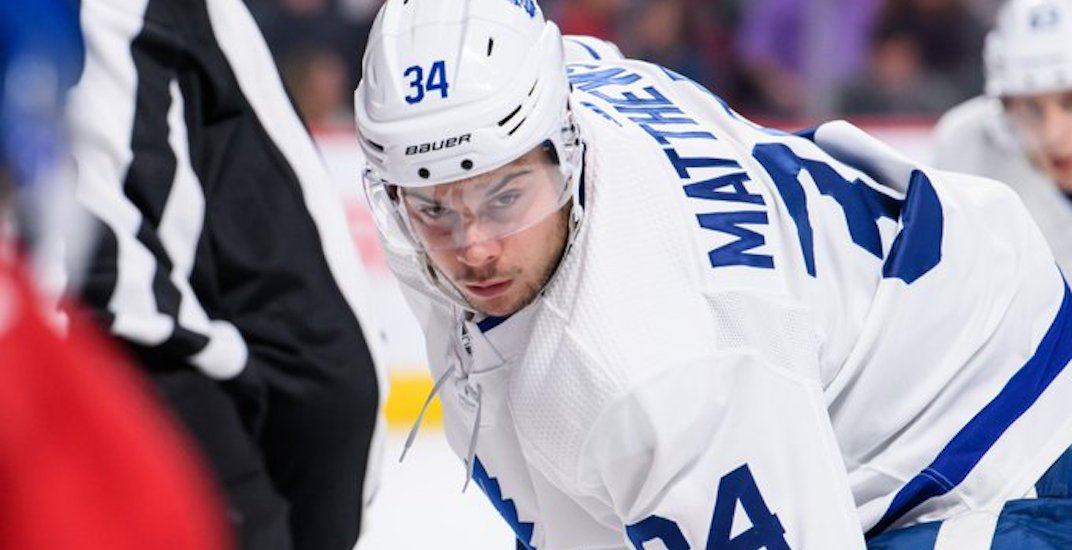 Auston Matthews has been charged with disorderly conduct and disruptive behaviour after an alleged incident in his hometown of Scottsdale, Arizona on May 26.

The 22-year-old Toronto Maple Leafs star has a pretrial conference that he is not required to attend Wednesday morning in Scottsdale.

The Leafs have released an official statement, saying they are “aware of the complaint of disturbing the peace” against Auston Matthews.

“Auston is cooperating fully with the relevant authorities but neither he nor the Club will comment any further out of respect for the process involved.”

According to ABC15 in Arizona, police said they investigated an incident that included Matthews playing a prank on a security officer at a condominium complex.

According to a department spokesperson, the female guard was sitting in a car around 2 a.m. completing paperwork. The guard told police she heard the sound like someone was trying to open one of the doors.

When the guard got out, she saw Matthews and several friends and told police they said they jiggled the door handle because “they wanted to see what she would do and they believed it would be funny to see how she would respond,” according to a police report.

Matthews allegedly walked away from the security guard before stopping to pull down his pants and grabbed his butt. Police surveillance video showed Matthews walking toward the elevator with his pants around his ankles.

The complainant did say she believed his underwear remained on.