Vancouver has played a major role in Hollywood productions given its huge role in the production of numerous television and featured movie productions over the past few decades.

A new infographic map created by Fortress Geek reveals not only the most popular filming locations in Metro Vancouver but also the most common sites used by some of the most renowned television series the city has ever made.

Some of the city’s largest television series productions are The X-Files, Smallville, Stargate, and Battlestar Galactica. According to the infographic, some of the attractions and destinations that are most frequently used for filming include Vancouver Public Library, The Orpheum, University of British Columbia, Steveston, Vancouver Art Gallery, Robson Square, Gastown, and Riverview Hospital. 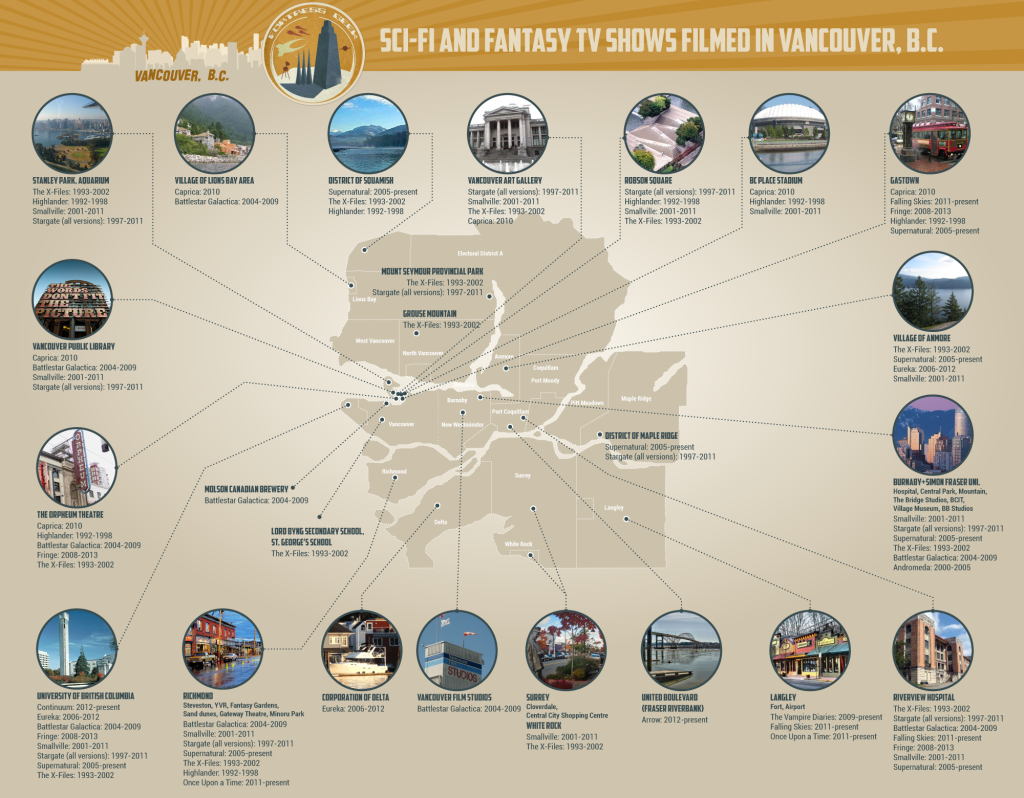