The City of Vancouver released a map of 25 Disaster Support Hubs that will be used in the event of an earthquake or any other major emergency or disaster. The hubs are comprised of 23 community centres as well as Oppenheimer Park and Fraserview Library.

The hubs are distributed throughout the city and can be used as a family meeting location, as support for neighbourhoods, and a place for community organization. Following an emergency, they can also be used for shelter and distribution of food and water.

Signs are currently being installed to make the disaster hubs easily locatable in the event of an emergency. City staff will also prioritize these locations to get information to post-disaster and to provide public services. 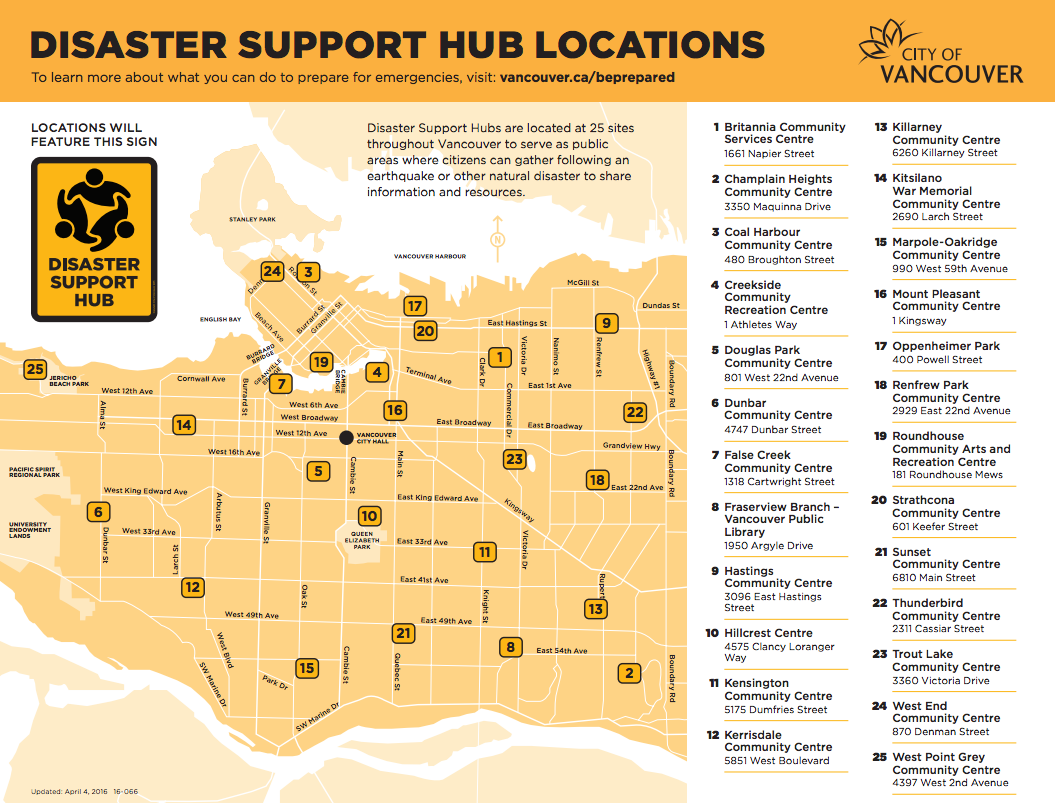 The release of the Disaster Support Hub locations comes as part of an update to the city’s earthquake preparedness strategy, which includes seismic upgrades to bridges, a dedicated fire protection system, and emergency supply containers. The city says 82% of these actions have been completed since the strategy was implemented in 1990.

Detailed regional microzonation maps that show ground conditions are also being explored to understand which areas of Vancouver will be most affected by a large earthquake. According to the city, this will help them prioritize work in response and recovery planning.

The hubs will officially launch in May of 2016 in time for Emergency Preparedness Week, which runs from May 1 to May 7.

The City of Vancouver is holding a two-day event at Science World for Emergency Preparedness Week on April 29 and 30 that will include Disaster Support Hub displays, a preparedness pavilion, and an earthquake simulator.