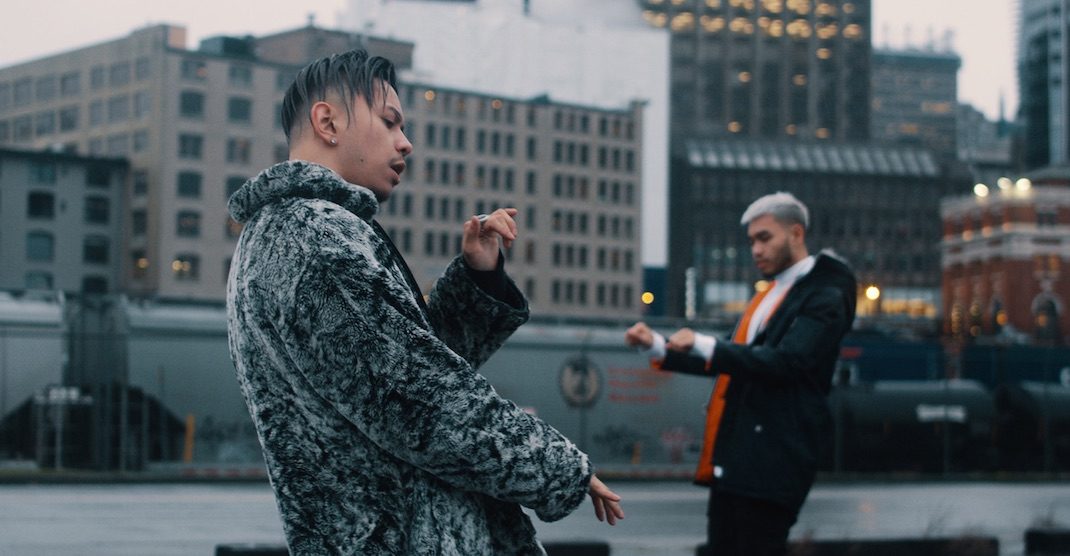 By now it’s pretty likely that the sonic R&B waves of Vancouver-based duo Manila Grey has reached your ears, and if you’re like us, it’s likely you’ve absolutely loved it.

Comprised of Filipino-Canadian friends Soliven and Neeko, the hip-hop/R&B artists first released tracks in 2016 and have quickly secured themselves as forerunners in the hype R&B movement coming from the West Coast.

Take a listen and it’s easy to see why, as their sound is a mix of layered soundscapes and crooning vocals – the kind of thing you can throw on anytime, no matter where you’re at.

These childhood buddies have recently found growing success with their song Timezones produced by Azel North, which currently has close to 680,000 plays on Spotify alone.

While Timezones was the title track on their debut EP No Saints Under Palm Shade (which dropped in 2017) the video is fresh as it just landed last week, and it’s getting us pumped for their performance at Vancouver’s BREAKOUT Festival.

It’s safe to say these two are following in the footsteps of Toronto-based R&B super-duo Majid Jordan, and we’ll be keeping an eye on them to watch their rise to fame.