And so, another cupcake shop is closing its doors… ManCakes Bakery revealed this week that their Robson Street storefront will shut down on November 7.

ManCakes took the cupcake boom and gave it a manly twist, thanks to crazy concoctions like their Buffalo Wing cupcake (filled with blue cheese mousse and topped with hot sauce buttercream frosting and crispy chicken sprinkles). 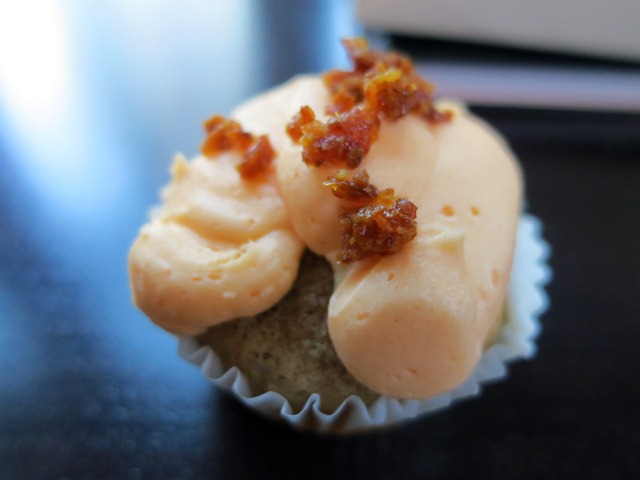 Jeremy Wong, ManCakes Bakery’s co-owner, told Vancity Buzz via e-mail that the business had been looking to make a move, but some unexpected issues forced them to set their plans aside, and also vacate their shop at 288 Robson Street. Wong says they are looking for a new place, but have had to “go back to the drawing board” in the process.

ManCakes will continue to fill existing orders for events and sponsorships while they plot out their next move.

Here’s what ManCakes shared via social media regarding the closure:

We have been working towards something great for all of our ManCakes fans and were hoping to have everything in place for next week. Unfortunately the plans are stalled and we have had to make adjustments quickly. At the end of this week on Saturday November 7th we will be forced to shut down our Robson retail location. As our friends, customers and loyal supporters, we wanted to let you know so you'd have one last opportunity to get some ManCakes before we close down. We are hoping to secure another location but don't know when this can happen. In the meantime we will still be catering to online pre-orders, special events, corporate orders and private parties. Please email us at [email protected] Thank you for all of your support and we hope to be back soon. @vancitybuzz @followmefoodie @erinireland @604now @foodcouver @vaneats @shermaneatsfood @gastropostvan