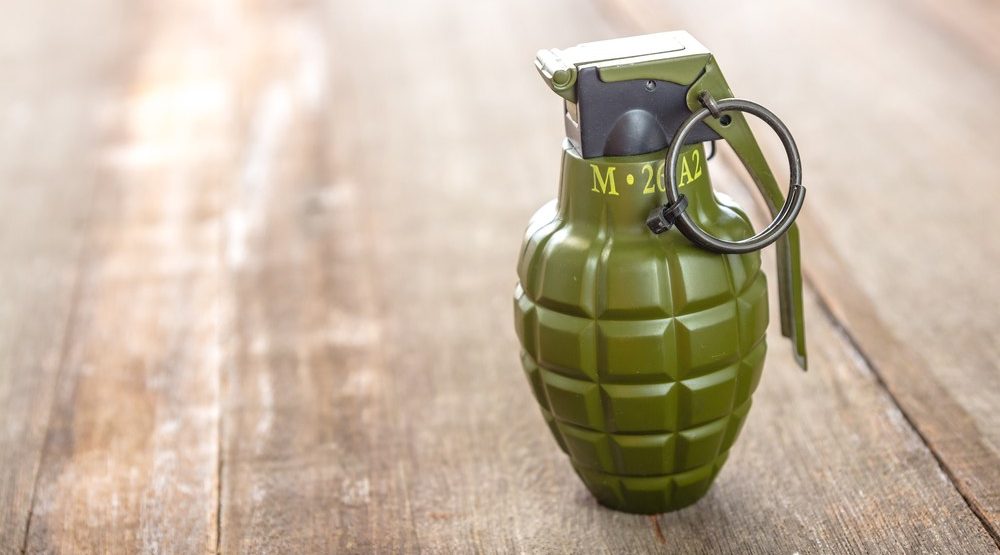 The Vancouver Police Department says a man was arrested after they found two grenades, throwing knives, and a tactical vest in his possession.

At around 7 pm on Thursday night, police were called about a suspicious person parked at an Esso gas station at Fraser Street and King Edward Avenue. Officers spoke with the 33-year-old man and discovered he was a prohibited driver and that he had brass knuckles in his pocket.

Police found the other weapons when they searched his truck.

A mobile robot was used to analyze the explosives in the back of the truck, and an x-ray of the grenades revealed they were active. The grenades were taken to a nearby field and were safely detonated.

The man, who’s from Surrey, is facing numerous charges as a result.