A fight outside a Langley 7-Eleven turned bloody Thursday night.

Two young men in their twenties became engaged in a dispute at around 10 p.m. at the store located at 40 Avenue and 200th Street in the Brookswood area, the RCMP told Global.

After punches were thrown the spat escalated, and one man drew a knife, delivering a 3-4 inch slash to the other man’s neck. The assailant fled the scene, and the victim was taken to hospital. 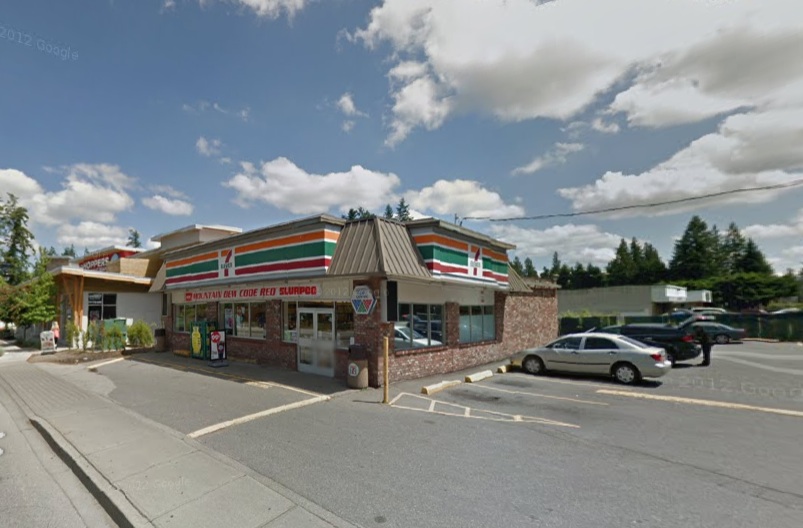 Authorities say the victim is “not cooperating with investigators,” reports Global.

The suspect is a Caucasian male in his early twenties and was last seen wearing a black t-shirt with red writing and a black baseball cap.