Last night, news broke out on the relocation of the Fantastic Four ‘reboot’ film production to Louisiana. Although it was news to many, it was old news to those who work in the film industry.

Sadly, production relocations will not be ending with Fantastic Four. As a Vancity Buzz exclusive, the unofficially announced news is the devastating relocation of Zack Snyder’s Man of Steel 2 production from Vancouver. This news comes to us from a reliable source who works deep within the North American film industry.

Much of last month’s Man of Steel was filmed in our beloved city of Vancouver. However, Syncopy and Legendary Pictures have decided to move the sequel’s production to Toronto where Ontarian film tax credits are much more favourable.

To date, Premier Christy Clark and the re-elected B.C. Liberals have refused to increase the province’s film credits to a competitive level against those found in Ontario, Louisiana, and even Quebec. This is compounded by the regressive impact of abandoning BC HST and returning to PST, a mistake made by misinformed voters.

Man of Steel brought an estimated $100-million in local economic spinoffs to the province, and its sequel would likely have done the same – if not more. The Superman reboot had a total budget of $225-million.

Man of Steel 2 a.k.a “Superman Vs. Batman” would be the first film to have the fan favourite superheroes appear on the big-screen together. “Let’s face it, it’s beyond mythological to have Superman and our new Batman facing off, since they are the greatest superheroes in the world,” said director Zack Snyder, who has a love interest for Vancouver. Man of Steel 2 is scheduled for release in summer 2015.

Over the last nine months, the Vancouver film industry has lost major contracts of producing mega-budget Hollywood sequel films including X-Men, Fantastic Four, and now Man of Steel 2. These films were all previously shot in Vancouver.

This begs the following questions: will other Vancouver productions also announce their move in the coming weeks and months? Will Vancouver lose even more movie productions? Will television series productions also pack up and leave for more economically competitive jurisdictions?

It is time for the provincial government to realize we cannot lose any more film production jobs in what is already a very precarious time for the B.C. economy. Their lack of acknowledgement for what this industry brings to the city and the province is at the forefront of the Save BC Film campaign. 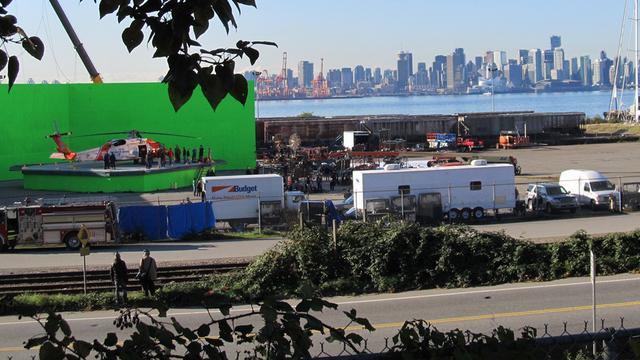