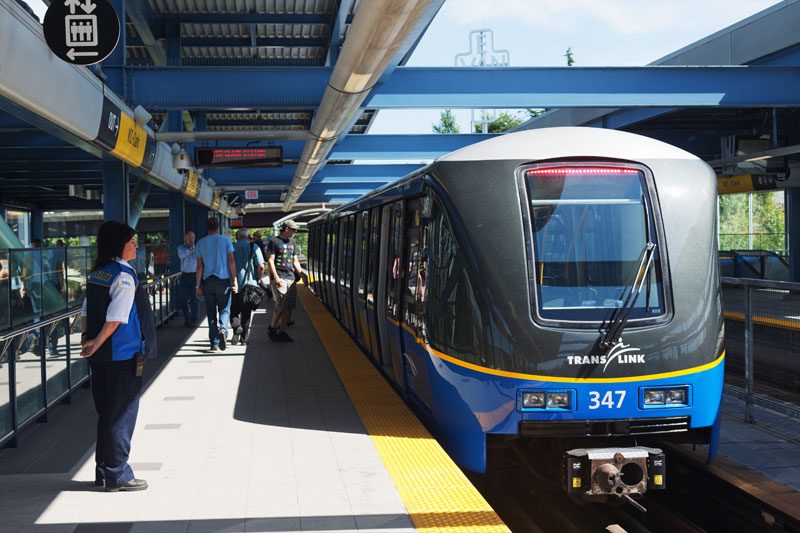 A man high on crystal meth who caused system-wide delays on the SkyTrain during Monday evening rush hour will not face any prison time.

Clayton Morris Lambert, 57, walked on the tracks at Columbia SkyTrain station in New Westminster at about 5:45 pm, according to Anne Drennan, spokesperson for Metro Vancouver Transit Police.

Transit Police arrived on the scene, but Lambert then ran off and was spotted climbing on the Pattullo Bridge.

“He said he climbed a tree to get onto the Pattullo Bridge,” Drennan told Daily Hive. “We had police officers who were calling to him, issuing commands but he ignored everybody.”

The man then proceeded to climb onto the bridge’s narrow trusses.

“We had officers trying to call to him, trying to connect with him because we believed we had someone that was suicidal,” said Drennan.

The man suddenly turned and tried to run back towards New Westminster. Police were able to get a hold of him and he was taken into custody.

The entire incident delayed the SkyTrain for 50 minutes and closed the Pattullo bridge for 20 minutes.

Lambert was searched and police discovered he was in possession of crystal meth.

He was then taken to hospital, where medical staff determined that he was high at the time of the incident.

Lambert later pleaded guilty to charges of criminal mischief and possession of narcotics.

The judge gave him a one-year conditional sentence. Drennan says Lambert must not climb any bridges, and must abstain from alcohol and illegal drugs.

According to Drennan, the delay incurred $300,000 in damages. “It’s a major transit system and when you have that kind of delay there are many different factors involved.”