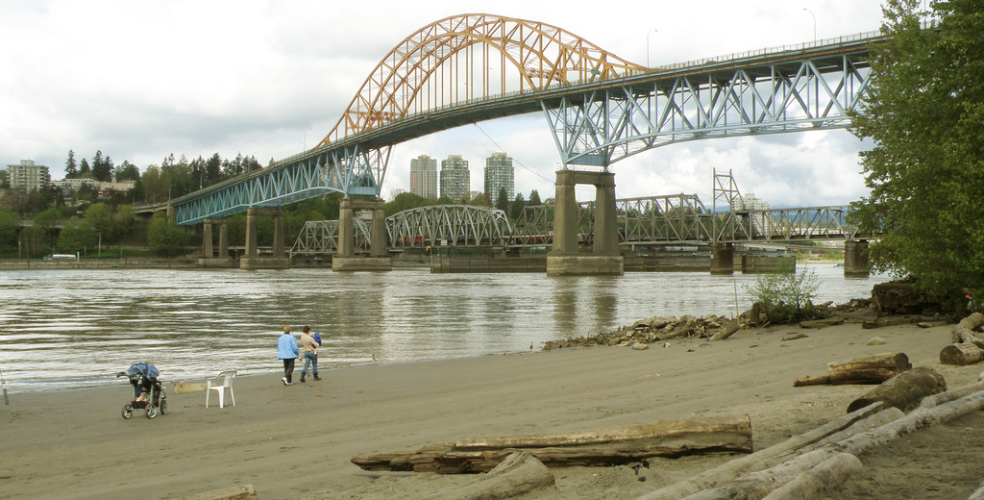 A man has been deemed missing by Surrey RCMP after he went into the waters of the Fraser River for a swim early this morning.

At approximately 2:50 am, police received reports of a missing swimmer in the Fraser River near the riverside beach at Brownsville Bar Park, by the Pattullo Bridge and the SkyTrain’s Skybridge on the Surrey side of the river.

The man was with a group that had started a bonfire and were consuming alcoholic beverages. At some point, a decision was made to jump into the cold, fast moving waters of the river and attempt to swim around the Skybridge pillar and back to shore.

A 32-year-old Burnaby resident, one of the males in the group, was seen going underwater and did not resurface. The group attempted to look for the man but could not find him.

Surrey RCMP, Search and Rescue, and the Coast Guard were deployed to the scene and spent several hours trying to find the male. Police said they eventually made the “tough decision” to call off the search when they could not locate the man.

At this time, the name of the missing man has not been released as police are still in the process of notifying the next of kin. Police do not believe foul play was a factor.