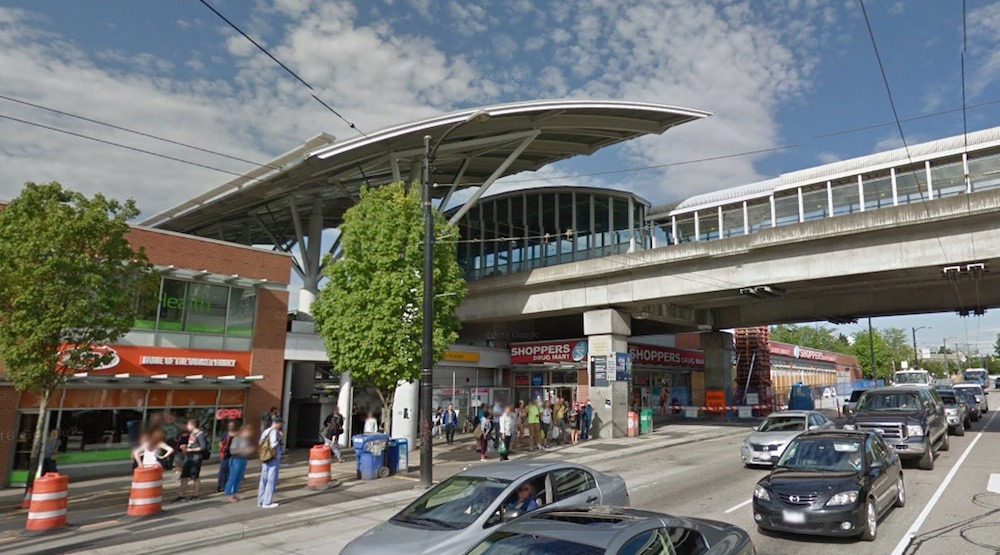 Metro Vancouver Transit Police are issuing a warning to women in Vancouver after a man followed a woman from a bus, to a train and beyond halfway across the city.

Around 9:40 pm on January 26, a young woman boarded a 99 B-Line bus at Main Street and Broadway and sat down. A man seated nearby got up and stood immediately beside her, while attempting to initiate a conversation, according to Transit Police in a release.

The woman left the bus at Grandview and Commercial and, as she walked toward SkyTrain’s Commercial-Broadway Station, spotted the man following her.

While on the platform waiting for the train, the woman reported the man stood approximately two feet away from here, then followed her on the train and sat near her.

“Concerned for her safety, she called her boyfriend and asked him to meet her at the Rupert SkyTrain Station,” police added. She got off at Rupert Station and as she began walking southbound on Rupert Street, she saw him following her.

Police said her boyfriend arrived shortly after and as she crossed the street to meet him, they saw the suspect run away into a nearby parking lot.

The suspect is described as a South Asian male, 30 to 40 years of age, 5’5” to 5’6”, medium build, balding with a comb-over, wearing an over-sized black leather jacket and khaki pants.

In light of this event, police are reminding the public about various ways to report harassment or suspicious activity while taking public transit.

This includes using the text code, 87-77-77, to discreetly and directly contact the Transit Police.

“If we are made aware of a problem, in real time, we can dispatch officers to a specific location,” said Transit Police Chief Doug LePard. “This can provide protection for a victim as well as giving us a much better chance of apprehending the suspect.”

Although not as discreet, pushing the yellow safety strip on the train, using the phone in the safety zones on platforms, calling 911 or advising a train attendant are other good methods of alerting police to a situation as well.

“Passengers have the right to use transit free from harassment of any kind,” Lepard said. “We take every report seriously and investigate thoroughly. I encourage anyone victimized,or who witnesses this kind of behaviour,to contact us immediately.”