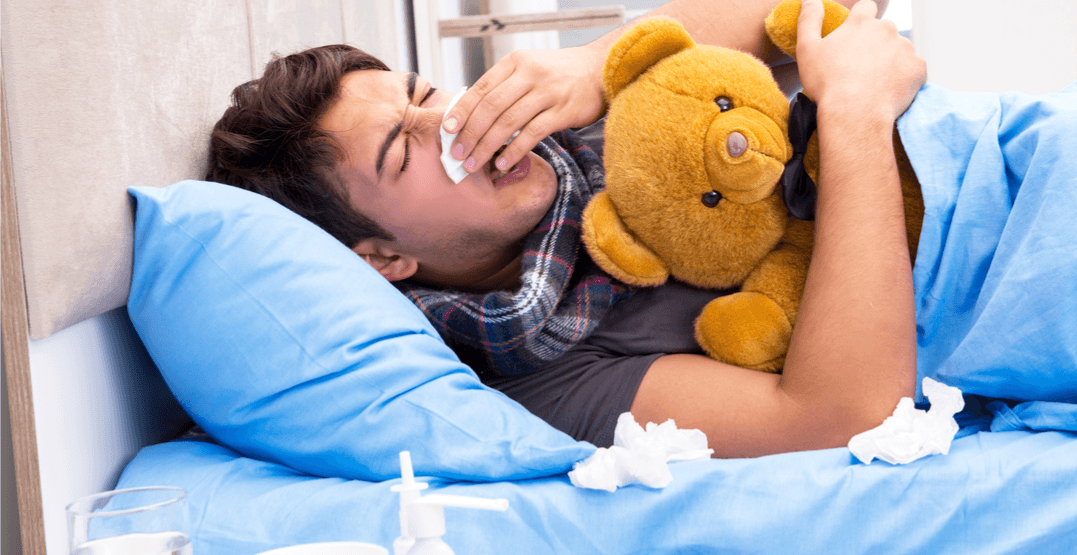 It’s common knowledge than men like to exaggerate. From sizes of particular body parts to stories of epic hikes down (probably not active) volcanoes, there are often added emphasis on details and lack of modesty along the way.

And during the winter, it’s also commonly known that the male species suffer from a particular strain of a cold that only hits them: the man flu.

But now, it turns out that the man flu is actually a real thing.

According to a male scientist who was “tired of being accused of over-reacting,” he searched the available evidence to determine whether men really experience worse symptoms and whether this could have any evolutionary basis.

Canadian scientist Kyle Sue explored whether men are wimps in his latest journal The science behind “man flu.”

Sue points out that men and women respond to influenza differently, a point that’s backed by the World Health Organization who state that “sex should be considered when evaluating influenza exposure and outcomes.”

FINALLY!!!! #ManFlu is now an actual thing. All fellow men should rejoice at this, you can now call in sick to with this horrible illness 🎊🎉🎊🎉 pic.twitter.com/zeeEgoScXM

In his research, Sue, a clinical assistant professor in family medicine, said that data from 2004-10 for seasonal influenza in Hong Kong showed that adult men had a higher risk of hospital admission, and in a US observational study of influenza mortality from 1997 to 2007, men had higher rates of influenza associated deaths compared with women in the same age groups.

Further, studies looking at flu shots suggest that women are more receptive to the vaccine than men. One reason for this, as noted through a study, is that men with higher testosterone levels had more down regulation of antibody response to the shot.

And once a male species comes down with said man flu, it’s common to find them laying on the couch, or staying in bed, doing minimal human activities.

According to Sue, this could be an evolutionary strategy for survival since “it promotes energy conservation and reduces the risk of encountering predators.” That’s right. Predators.

But in the end, Sue says that further “higher quality research” is needed to clarify other aspects of man flu.

“The concept of man flu, as commonly defined, is potentially unjust,” concludes Sue. “Men may not be exaggerating symptoms but have weaker immune responses to viral respiratory viruses, leading to greater morbidity and mortality than seen in women.”

Sue said that there are benefits to energy conservation when a man is sick.

“Lying on the couch, not getting out of bed, or receiving assistance with activities of daily living could also be evolutionarily behaviours that protect against predators,” he said, not exaggerating. And yes, the predators are back.

“Perhaps now is the time for male friendly spaces, equipped with enormous televisions and reclining chairs, to be set up where men can recover from the debilitating effects of man flu in safety and comfort,” he said.

And there it is. Just scientific facts that men with a cold need reclining chairs and giant tv’s to recover.