White Rock RCMP are in need of the public’s help to identify a suspect responsible for a robbery at a White Rock bank.

The incident occurred at approximately 4:40 p.m. on Wednesday when a man entered the HSBC Bank on the 1400-block of Johnston Road.

Police say he was wearing a fake brown stringy beard for disguise when he approached the teller. He demanded money and said he had a firearm, although a weapon was not produced. Following bank procedures in such incidents, the clerk gave him a sum of cash and he immediately left the bank on foot.

Screenshots of footage recorded by CCTV systems show the suspect is between the ages of 25 to 35 and about 5’11” tall. In addition to the fake beard, he was wearing a black toque, brown coloured hooded jacket and black athletic pants with a light coloured stripe down the legs. 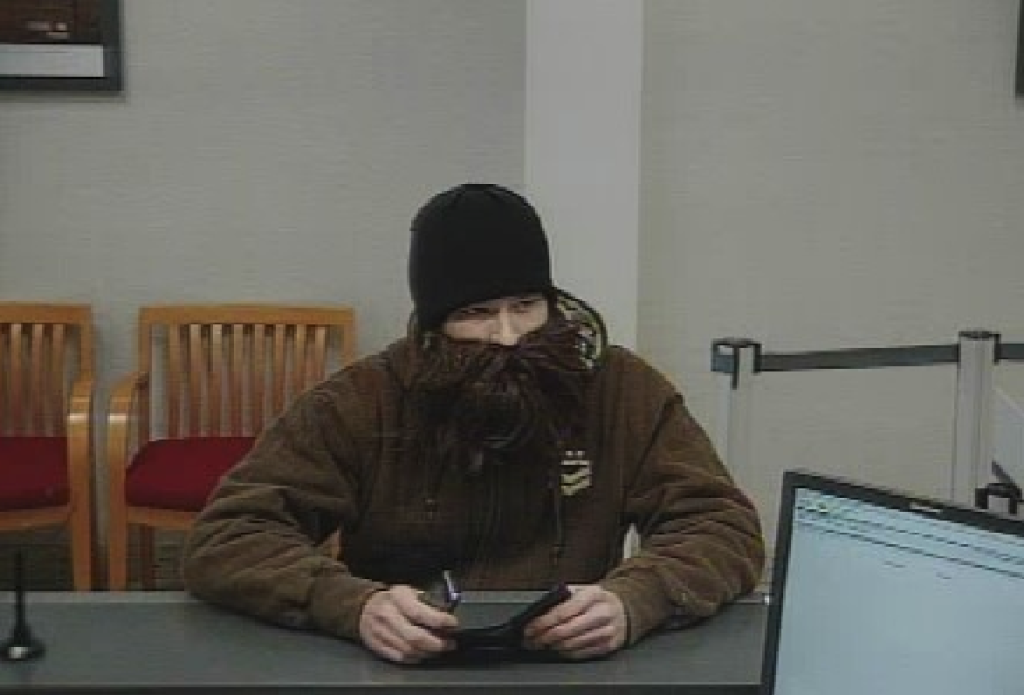 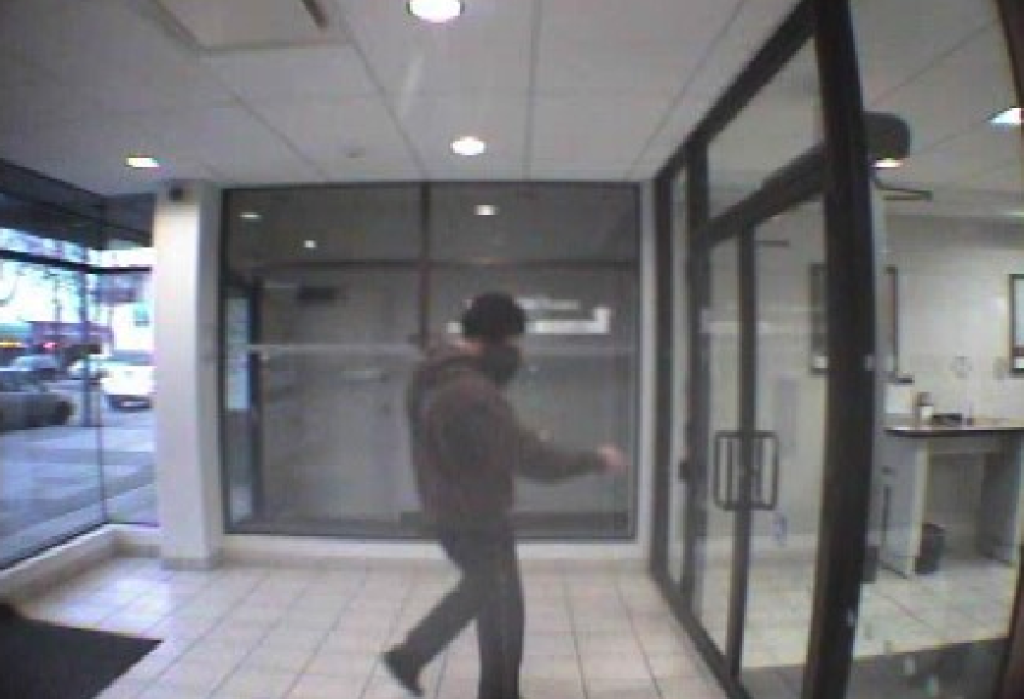