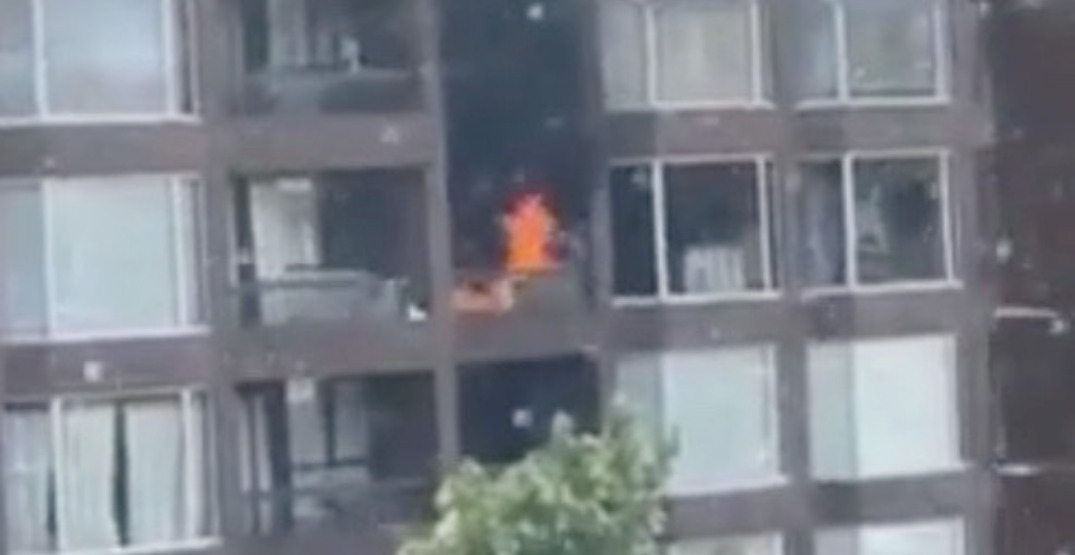 A man trying to escape an apartment fire in downtown Vancouver has died.

Vancouver Police and fire services are investigating the blaze, which broke out near Hornby and Drake streets.

“It appears a man who was inside the apartment may have jumped from an upper floor to avoid the fire. He suffered burns and was killed by the fall. We’re working with the coroner to investigate,” Sgt. Steve Addison told Daily Hive.

“This is very tragic, and we’re still investigating the circumstances.”

“Our first responders performed CPR on an unknown male found lying at the base of the building. This person was pronounced deceased at the scene by BCAS.”

“Our fire crews managed to contain the fire to the suite on the 7th floor,” he added.

A neighbour who lives across the street told Daily Hive she saw someone jump off a balcony nearby. The cause of the blaze is still unknown.