In November 2013, Coquitlam RCMP released information to the public regarding an indecent act which occurred at Centennial Secondary School.

The student told her friend what was happening. Her friend turned to look. The male fled quickly when he realized he had been seen. The students reported the incident to school staff who contacted the police immediately.

Coquitlam RCMP can now confirm that a suspect has been arrested and charged in relation to this incident. James Malaska, a 28 year-old Coquitlam man was arrested without incident on January 20, 2014 and is now facing the following charges:

Malaska was released from custody on a recognizance of bail and is under strict court appointed conditions which include:

James Malaska is scheduled to be back in court on Monday, January 27, 2014.

However, the second incident that occurred on October 1, 2013 is still under investigation, with no further updates available at this time. Between 5 and 6 pm, a different pair of female students were walking home from school when they passed a male with a bicycle standing at the side of Winslow Avenue near Tipton Street.

The students allege that the male’s penis was exposed. The students walked past without interacting with the male. The following day, the students reported the incident to school staff who contacted the police immediately.

The male is described as: 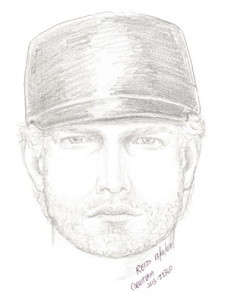