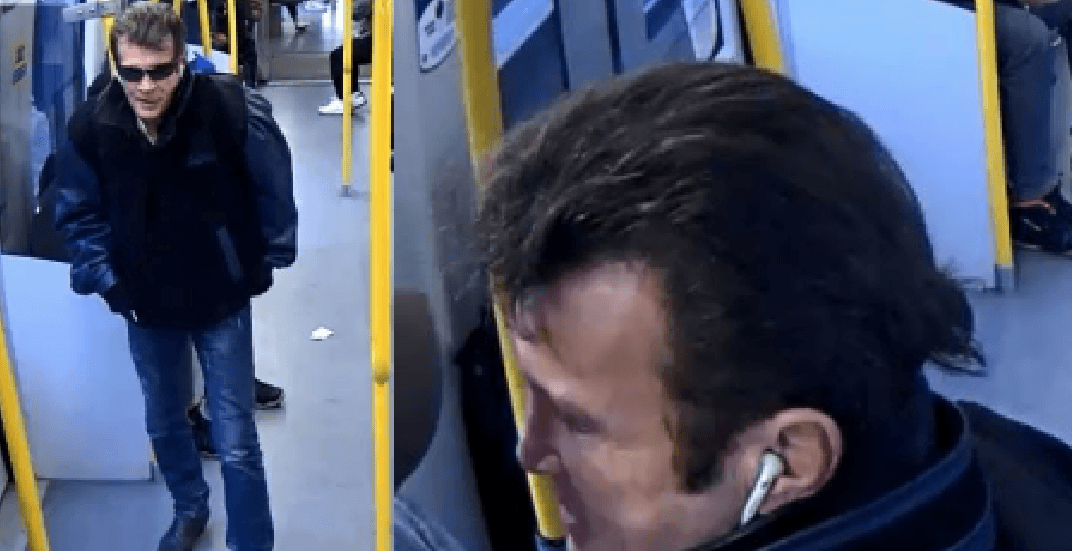 Transit Police are asking for the public’s help in identifying a man who allegedly threatened a SkyTrain passenger with a pair of scissors recently.

In a release issued on Wednesday, police said the 24-year-old victim boarded the SkyTrain at Nanaimo Station around 3:15 pm on December 7, 2017.

He took a seat and then “looked up to see a man standing over him, allegedly with a pair of scissors in his hand, aggressively threatening verbally to harm him,” police said.

The victim reportedly recognized the suspect as a man that had been banned from the victim’s place of employment earlier in the year, for allegedly using drugs in washroom.

Two other passengers on the train stood up to intervene, allowing the victim to leave the train at Commercial-Broadway Station. The suspect followed, allegedly continuing to utter “numerous” verbal threats.

It was only when the victim left the station and crossed the street that the suspect stopped following him, but continued to shout threats.

The victim then made it safely to work, where he called police and an investigation was launched. 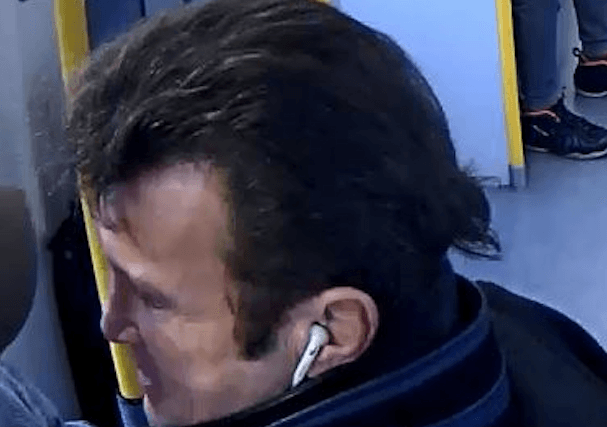 “The suspect, known to the victim only as Thomas, is apparently still upset over the incident and blames the victim,” police said.

Thomas is described as a Caucasian man in his late 50s, who stands  5’6” tall with a medium build, blue eyes, slicked-back dark hair, and a “crushed” nose.

He walks with a stooped posture and was wearing a dark jacket, light blue jeans and carrying a black bag at the time of the incident.

Anyone with information regarding the identity of this suspect or who witnessed this incident is asked to contact Metro Vancouver Transit Police at 604-515-8300 or text them using the code 87-77-77.