After a video surfaced online allegedly showing a dead rat in a bowl of chowder at Vancouver’s Crab Park Chowdery, health officials said on Friday that following the incident they have shut down Mamie Taylor’s – the nearby restaurant where the chowder is prepared.

Vancouver Coastal Health (VCH) spokesperson Tiffany Aikins told Daily Hive that the health authority received “several complaints” about the incident at Crab Park Chowdery: One from the person who ordered the soup and posted the video to Instagram, and also from four or five others who saw the video online.

As part of their investigation into the incident, VCH inspectors visited Mamie Taylor’s because that’s where Crab Park Chowdery prepares the soup. That’s where inspectors found evidence of a rodent issue in the form of droppings, she says.

She noted that Mamie Taylor’s was last inspected in July, “at which time there were signs of rodents” as well.

“We issued them a fine for unsanitary conditions,” said Aikins. “When we followed up with them in September they had resolved the issue.”

As for the immediate fate Crab Park Chowdery, Aikins said the restaurant has been permitted to continue operating, but  they cannot use Mamie Taylor’s kitchen.

“Crab Park Chowdery operates a food truck which they are welcome to continue to cook in,” Aikins added.

Vancouver Coastal Health inspects all city eateries at least once a year and its inspection reports are made public on its website.

Ashton Phillips, the owner of Crab Park Chowdery, told Daily Hive he and his team are shocked and left scratching their heads after the video and photo of the rodent in a bread bowl of their signature Manhattan Clam Chowder was shared online. 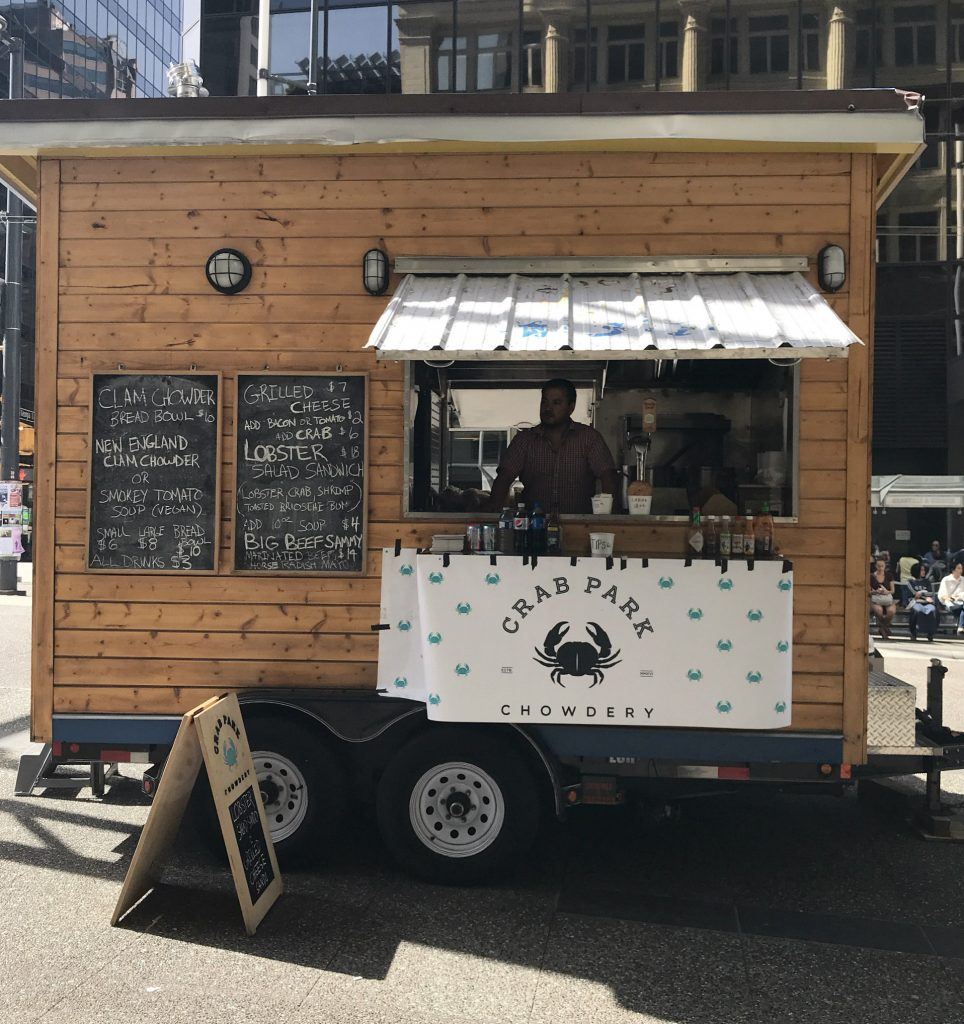 Phillips also mentioned that  while there have been health infractions for Crab Park Chowdery in the past, there has never been anything related to rodents near food.

“The [inspectors] always find something, it’s never a clean bill of health,” he explained. “They don’t like cardboard boxes on the floor, so that was one [infraction] we had.”

The original video was posted to Instagram in the late hours of December 27, and a customer claimed their friend received their Manhattan Clam Chowder with a “little surprise in it” – a rat.