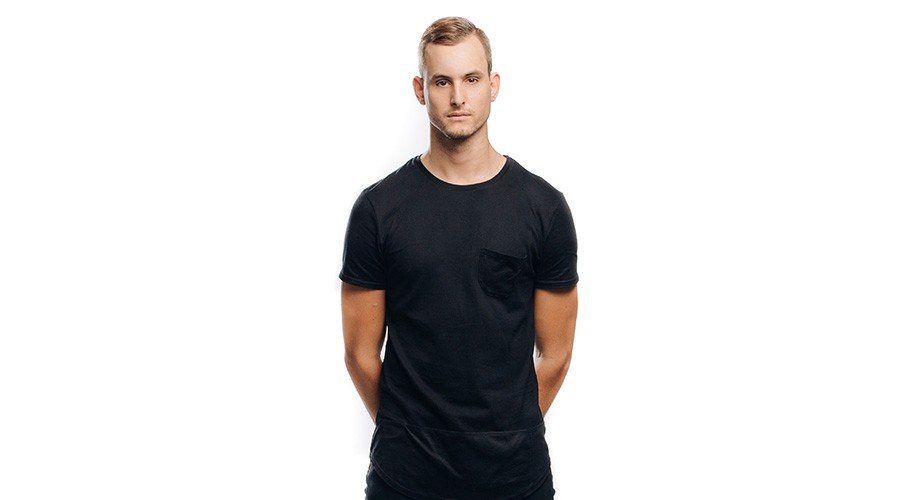 Equal parts driven and charismatic, Mackenzie Johnson, who also goes by his stage name MAKJ, put the work in to develop his career as one of the biggest names in electronic dance music today.

Having released tracks in collaboration with famous artists like Hardwell, Lil’ Jon, and M35, and regularly playing major festival stages around the world like EDC, Ultra, and Coachella, Johnson seems to have it all.

In advance of his show in Vancouver at Celebrities on Friday, August 26, we had the opportunity to talk to Johnson about everything from his early career racing cars in Asia to the new music he’s planning on releasing next month.

I was reading up about you and you’ve had a very productive career so far, it’s pretty crazy.

It’s definitely been weird for sure.

You were a professional race car driver when you were younger right? Did you initially move to China to race cars or did you start racing cars because you were in China?

I moved to China to race cars because it was a lot cheaper than racing in the States. Think about going to a private college [in China] and then think about going to the same kind of college in the United States, the price difference was ridiculous at that time. It was a crazy childhood for sure; I didn’t really do highschool or anything.

Oh yeah? Did you do home school instead?

I went to a charter school for my first and second year of high school and then I attended high school in Asia for my senior year. That was how I actually first got into DJing; I went to a nightclub for the first time in Asia, saw a couple DJs and just fell in love with it. When I came back to the States it ended up becoming a really extreme hobby I guess.

I’ve spent about seven years DJing and about three years producing now. Producing just fell into the whole DJing thing because you kind of have to produce your own music in order to DJ I guess. I’m absolutely in love with producing music now but it was kind of a hard transition because making music isn’t the easiest thing to do if you know zero about the technical aspects of music. I was really into music when I was a kid but it wasn’t like hey my mom is putting me in piano lessons four times a week.

So when I was around 20 or 21, I dropped out of Cal Poly when I was in my third year and moved to LA where I attended a music production school to kind of boost my knowledge about producing. After that, the rest is history.

I also read that while you get to play major festivals and stages on the regular, you still enjoy playing smaller nightclubs too?

Yeah because when I started out DJing, I was playing house parties before I moved on to playing Bar Mitzvas and weddings, high school parties for kids, and birthday parties. I mean you name it, I was that guy. Then later I ended up transitioning from playing frat parties to trying to get a club gig before I was 21.

When I moved to LA it was a lot easier for me to do that because I kind of already had a name going for myself. I was doing a lot of mashups and edits for other DJs so I’d open for them for free and that just kind of helped me get my start.

So what do you like most about playing smaller venues in regards to where you are in your career now?

In Vancouver for instance, I love playing Celebrities because that’s the first place I played [in Vancouver]. It’s pretty cool that every time I play that club it’s been crazy too. I’ve also played Contact Festival, Life in Colour, and I’ve played with Above and Beyond, but you know what, I just don’t like going to these massive venues and not connecting with fans how I can usually connect with them in a more intimate setting like at a night club.

It just doesn’t make sense when I’m wanting to play for just 500 people and having those 500 people be like, “Wow I saw MAKJ playing at Celebrities and it was one of the most amazing experiences ever.” I’m just able to interact with them a lot better [at a club] instead of being 100 feet away where nobody can see me and it’s this massive stage and it was way too expensive for them to get in. Especially right now when the economy is kind of poopy in Canada so a lot of kids really don’t have too much money you know?

Your life is pretty fast paced and kind of intense right now because you’re always on tour or working in the studio. What do you usually do when you have time off?

I wanna say in the last year I’ve definitely calmed down a lot when it comes to working really hard. I love what I do but you have to take breaks. Like right now, I played with The Chainsmokers on Monday in Hawaii and it was kind of a last minute show. I was like cool; I’ll make a vacation out of it.

Two years ago Mackenzie would be all like screw that, I know I can go back home and work for four days and have no life and not really enjoy myself. Now it’s kind of like, let me enjoy what I’m doing; let me smell the roses a little bit.

So my hobbies now are like, I love to kind of just do zero. I do nothing and kind of let my mind at ease. I’m also really big into exercising and cooking, it’s a good combo I guess. Old man shit.

You’ve been coming to visit and play Vancouver every year now for the past few years. What are your favourite things to do when you get to come back to the city?

I always go to this one spot called “Meat and Bread.”

It’s so good. And I like the whole concept of the place; It’s really rad.

Looking back on some of your past interviews, I feel like you’re actually one of the most self aware artists in the scene right now.

What do you mean?

Meaning that you’re very invested in the music industry and the scene as a whole; that you understand how it works and that you care about it.

I make a point to know as much as I can because I don’t want to be that guy in ten years where if I’m still DJing, I don’t wanna hear like, “Oh MAKJ, he was a dick.”

First impressions are everything for me and making friends with a lot of guys in the industry is important, especially in Vancouver. I really enjoy having the knowledge of that back lying stuff because not a lot of [artists] know or care about that kind of thing; they just expect the gig to be good because they rely on other people. I’ve always kind of been a self aware type of person who just did everything themselves and never really had to rely on anyone; that’s just me I guess.

Do you think that knowledge and the fact that you care about that stuff makes you a better artist overall?

One hundred percent. I mean, you can never know everything, so knowing more about your own industry and business is just smart.

Uh, trying to. Right now it’s kind of in shambles. I think I’m going to be doing singles until I have those four singles that will do well. After that I can then release the rest of the album but right now it’s hard, it’s really hard. No one buys music anymore and everything is basically for free or damn near for free I mean, 99 cents.

But you started your own label so that you could release music right?

Of course and that’s what I’m doing still. That’s what I’m going to be doing for the next three songs that I have planned to end the year. I haven’t released a song in nine months so everyone is kind of expecting something from me. If it’s not insane, it’s gonna be kind of a let down because it’s been nine months since I last released a record.

What else are you working on right now?

The next song I have is with a guy named Andrew WK, he’s a singer.

Oh yeah! I love that guy.

Yeah he’s super rad! So I have a song with him and then I have the collab with Timmy Trumpet that’s called Party Till We Die. I debuted it at Ultra this year in Miami and I’ve been playing it ever since. It’s just been a headache because of all the tragedy that’s been going down in nightclubs especially in Orlando, having a song called Party Till We Die isn’t really the best. So we just kind of pushed it and pushed it and now it’s going to be coming out next month in September. 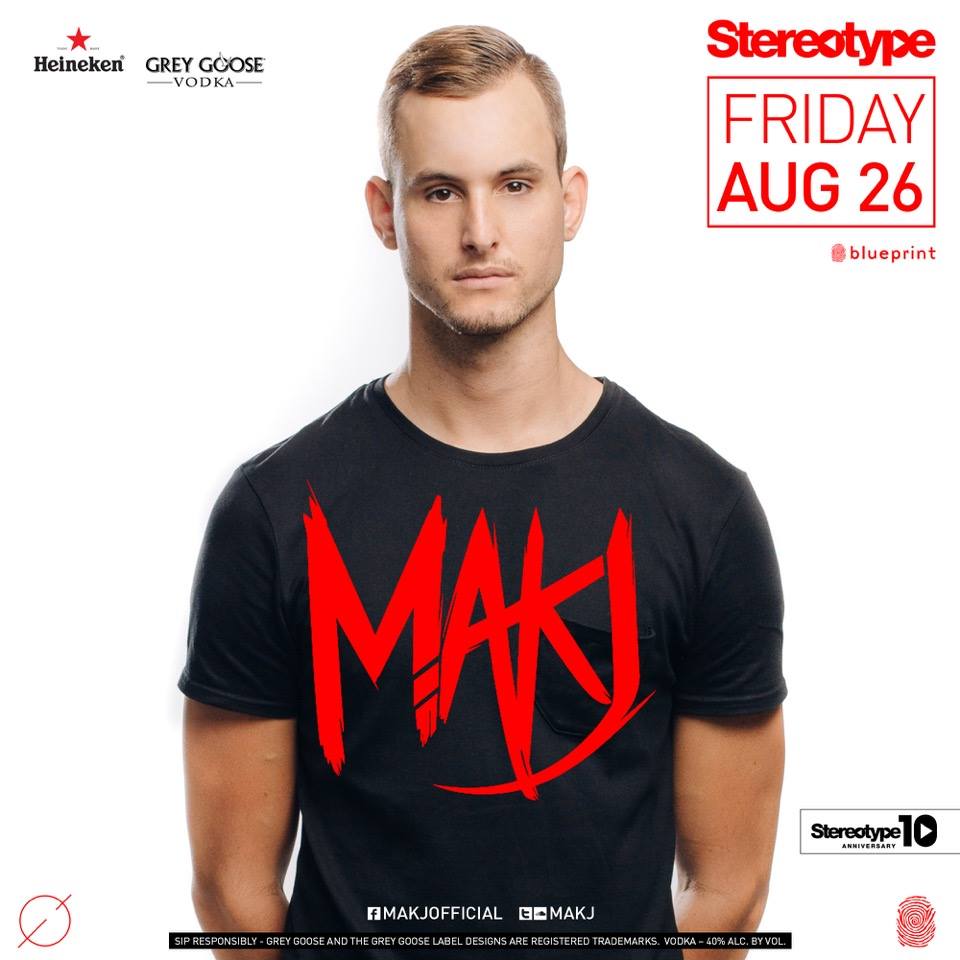