We had to wait until after April Fools’ day to let you know about this new spectacular attraction coming to Canada Place in less than two months. FlyOver Canada will be Vancouver’s newest ‘must-see’ attraction, a ride that will take passengers on a breathtaking aerial journey over Canada from coast to coast to coast. There are few just like it: it is a first for Canada and just one of a handful of similar rides in the world including the popular Soarin’ Over California attraction at Disney California Adventure Park.

FlyOver Canada is a $16-million, 30-minute virtual flight ride experience located at the Canada Place pier in the former IMAX theatre. The project has been nearly three years in the making and is financed by the Aquilini Investment Group, the owners of the NHL Vancouver Canucks.

Full development began last year when Whistler-based Sherpas Cinema outfitted a helicopter and plane with special high-definition cameras and began to [literally] soar over Canada, capturing scenes that showcase the sheer scale, beauty, and geographical and urban diversity of the country. Construction also began early last year with the conversion of the IMAX theatre into a large virtual flight ride. It certainly was not an easy task with the theatre space located deep into the Canada Place pier and with the Vancouver Convention Centre’s East Building exhibition hall just below the floor.

The experience in total is approximately 30-minutes long and is divided into three parts lasting 10-minutes each. It begins with a pre-show called Uplift, produced by the Montreal-based Moment Factory. Guests of up to 60 in a group are brought into a room where they will experience an audio-visual immersive show that will build context and audience anticipation prior to experiencing the main virtual flight ride.

Moment Factory’s Uplift was a feat on its own with production and development beginning a year and a half ago. Film shoots involved a small cast and a storyline that illustrates different Canadian lives at the “four corners” of the country. The pre-show will be shown to guests in a custom-built room with state-of-the-art surround sound and multi-wall video projections.

This will add on to Moment Factory’s growing list of more than 300 projects to date. Most recently, the company has been notably responsible for multimedia experiences in the Canada Pavilion at the Shanghai 2010 World Expo, Celine Dion’s new Las Vegas show at Caesar’s Palace, Madonna’s 2012 Superbowl Halftime Show performance, and the creation of a visual environment for Bon Jovi’s world tour.

Moment Factory is no stranger to working in Vancouver either. It was responsible for several audio-visual displays during the 2010 Winter Olympics (including an interactive display at the Quebec Pavilion), the game-time visual-audio installations at Rogers Arena for the NHL Vancouver Canucks, and the permanent lighting and audio-visual projection installation on Canada Place’s five giant sails (the Sails of Light).

VIDEO: Moment Factory lights up Parliament Hill in Ottawa with a post-modern sound and light display about Canadian identity.

After Uplift, guests will be brought into the main theatre where they will be strapped in and lifted in front of a 20-metre half-spherical dome screen, into scenes that will include soarin’ over Niagara Falls, Parliament Hill, icebergs, and (of course) the Canada Place sails.

A large screen with stunning high-definition footage is just one element of the main experience – the ride will move in concert with the film and there will also be special effects such as wind, mist, and even scents to complete the immersive experience. An original musical score for the virtual flight ride has been composed by Calgary’s Six Degrees Music and recorded by the Vancouver Film Orchestra.

We are quite excited about FlyOver Canada’s arrival as Vancouver’s newest premiere attraction. Visit their website at www.flyovercanada.com and stay tuned to Vancity Buzz for more news.

Written by Kenneth Chan, the Deputy Editor at Vancity Buzz. Follow Kenneth on Twitter at @kjmagine. With special thanks to FlyOver Canada. 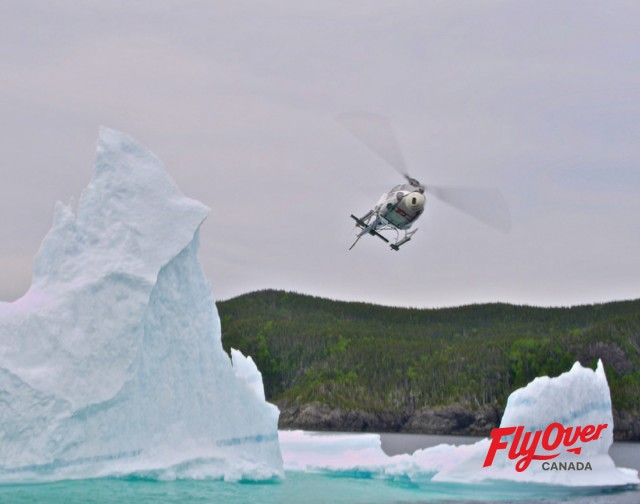 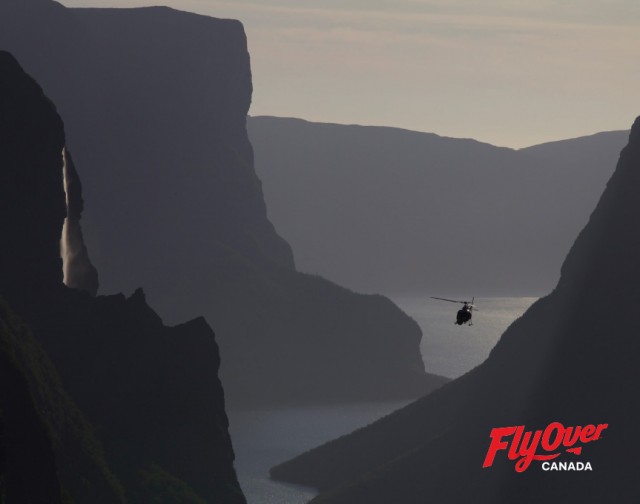 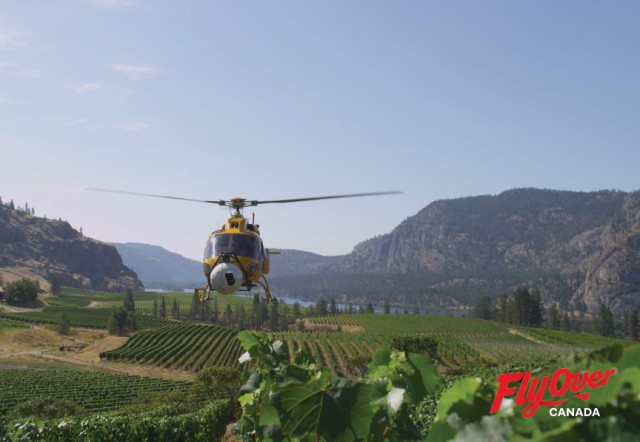