Update (4:10 p.m.) – SkyTrain Millennium Line is back up and running between VCC-Clark and Sapperton Stations.

Update (3:45 p.m.) – Vancouver Police Department has suspended taxi enforcement to help SkyTrain commuters get home, meaning that taxis from out-of-Vancouver can come into the city to pick up fares until SkyTrain service is back up and running.

SkyTrain’s Expo and Millennium Lines are completely shut down due to a major technical glitch that is also affecting the communication network.

According to TransLink, the control centre is unable to communicate with the trains and the station platforms. This also means that public announcements over speakers cannot be made to passengers inside trains and platforms.

Technicians are working on the issue and there is no ETA for when the system will be back and running. System issues first arose just after 12 p.m.

For your safety, please do not leave your car unless your are told to by an attendant. The tracks are still live with electricity and one misstep could be fatal.

Bus bridges along both SkyTrain lines have been set-up, but their reliability is limited. TransLink has asked passengers to utilize the bus system or plan alternate methods of transportation.

The Canada Line is not affected as it runs on its own independent system, however, more of its trains are being put into service to provide passengers with greater access to east-west crosstown buses.

This comes after last week’s system disruption which was caused by an overheated computer card.

Skytrain down again in Van. People walking on the tracks, again. pic.twitter.com/kYxL7wKavQ 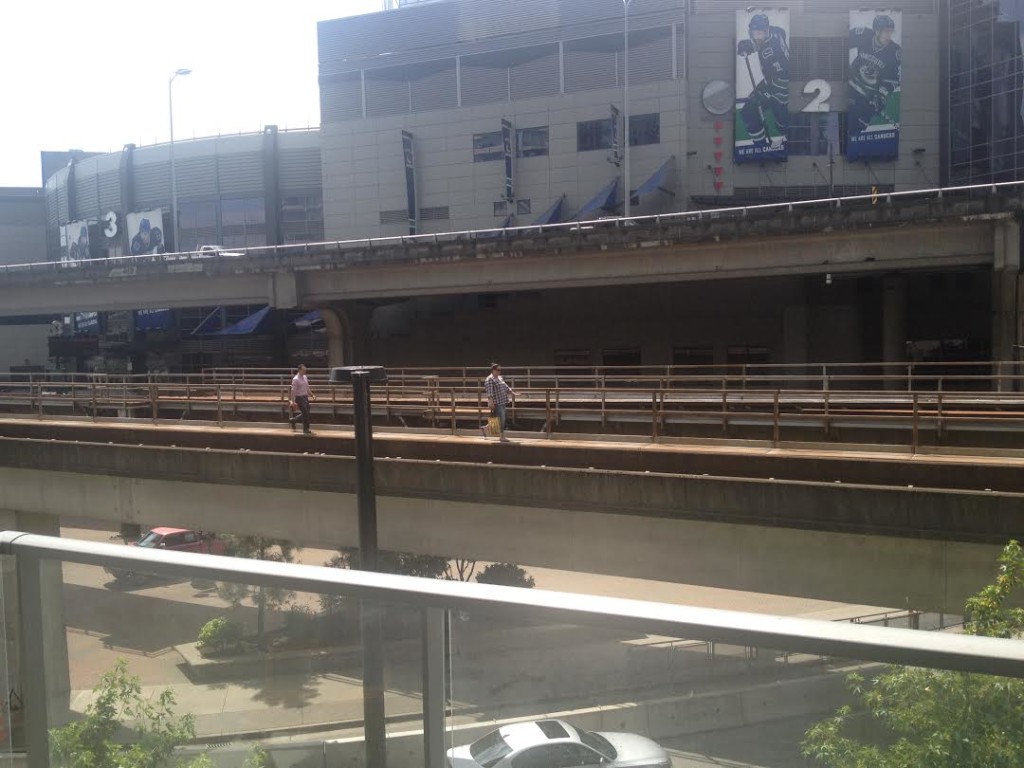 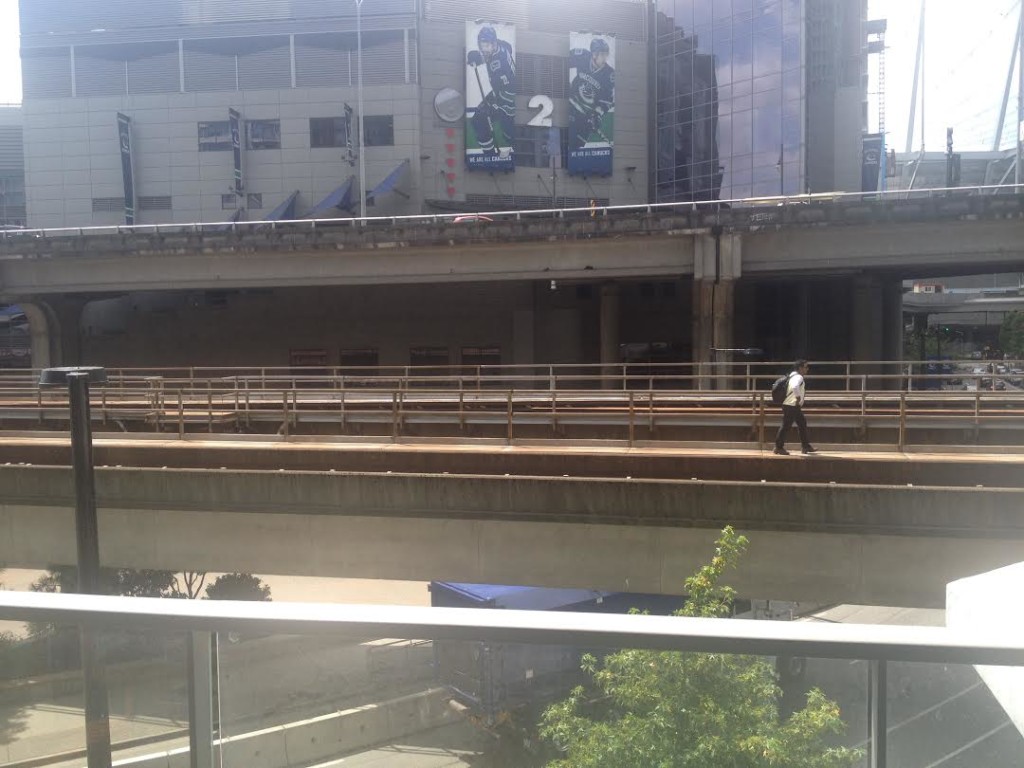