Much of downtown Vancouver’s West End neighbourhood is in the dark this morning due to a down wire.

According to B.C. Hydro, the power outage began at 8:50 a.m. and is affecting nearly 3,600 customers in a large area east of Beach Avenue, north of Burrard Street, west of Hornby Street and south of Comox Street.

There is no estimate for when power will be restored. 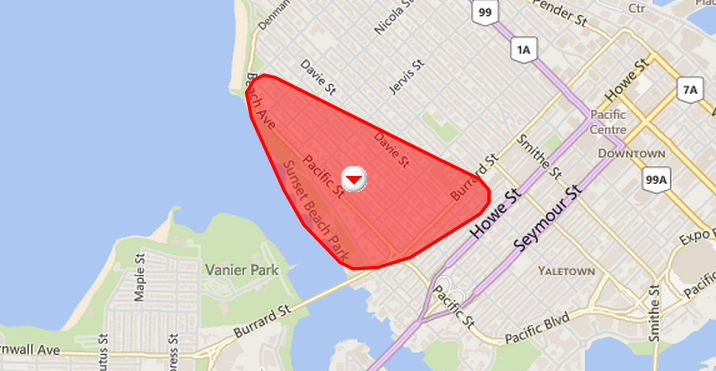